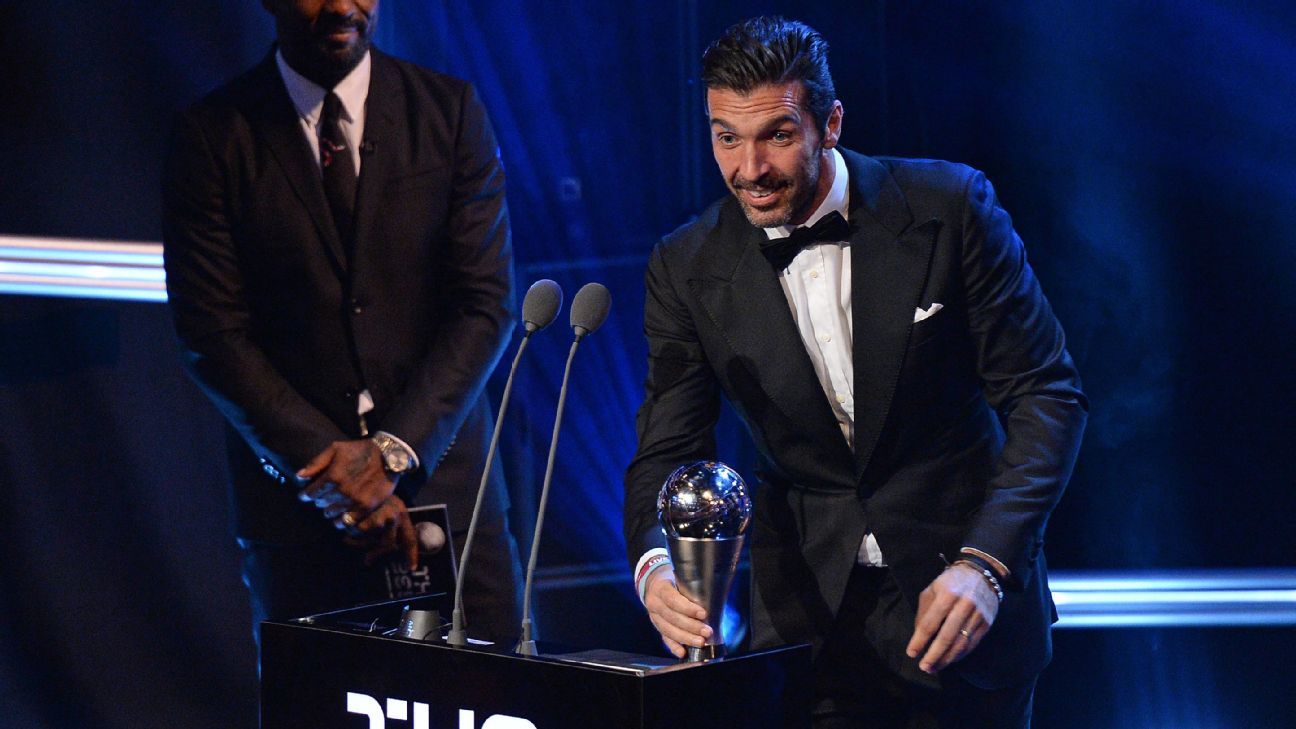 
Gianluigi Buffon says he still hopes he can end his club career on a high by lifting the Champions League with Juventus this season.

The 39-year-old confirmed he is still at the top of his profession by picking up the award for The Best FIFA Goalkeeper at a ceremony in London on Monday evening, but the only honour he is lacking to crown his career is victory in the Champions League.

He has gone close twice in the past three years, losing finals to Barcelona and Real Madrid with the Bianconeri, and was also a runner-up in 2003 but he still hopes to get his hands on the trophy in what is likely to be his last season in the game. His swansong will be the World Cup finals with Italy next summer — if they can qualify by beating Sweden in next month’s playoff.

“This is a great honour for me and I am delighted to win it at my age,” Buffon told Mediaset. “I’m proud of this, but I need to thank my club, my coach and my teammates.

“They have made it possible for me to win this award and I would like to thank all those who voted for me. I think last year was outstanding for me and for the team. It was not enough to win in Europe and I hope that this year we can go one better, both with Juventus and the national team.

“I want to end my career with a big victory. Twelve years ago, I won the World Cup, yet I’ve lost three Champions League finals.”

His coach Massimiliano Allegri was beaten to The Best FIFA Coach award by Zinedine Zidane, but he hopes to be back in the running next year, since that will mean he has achieved something even greater than last season.

“It’s not easy [for Juve] to win six Scudettos [in a row] and winning a seventh would be even more than extraordinary,” he told Mediaset. “To succeed, we need even more motivation than last year, and we’re going to need those also to have a great Champions League campaign.”