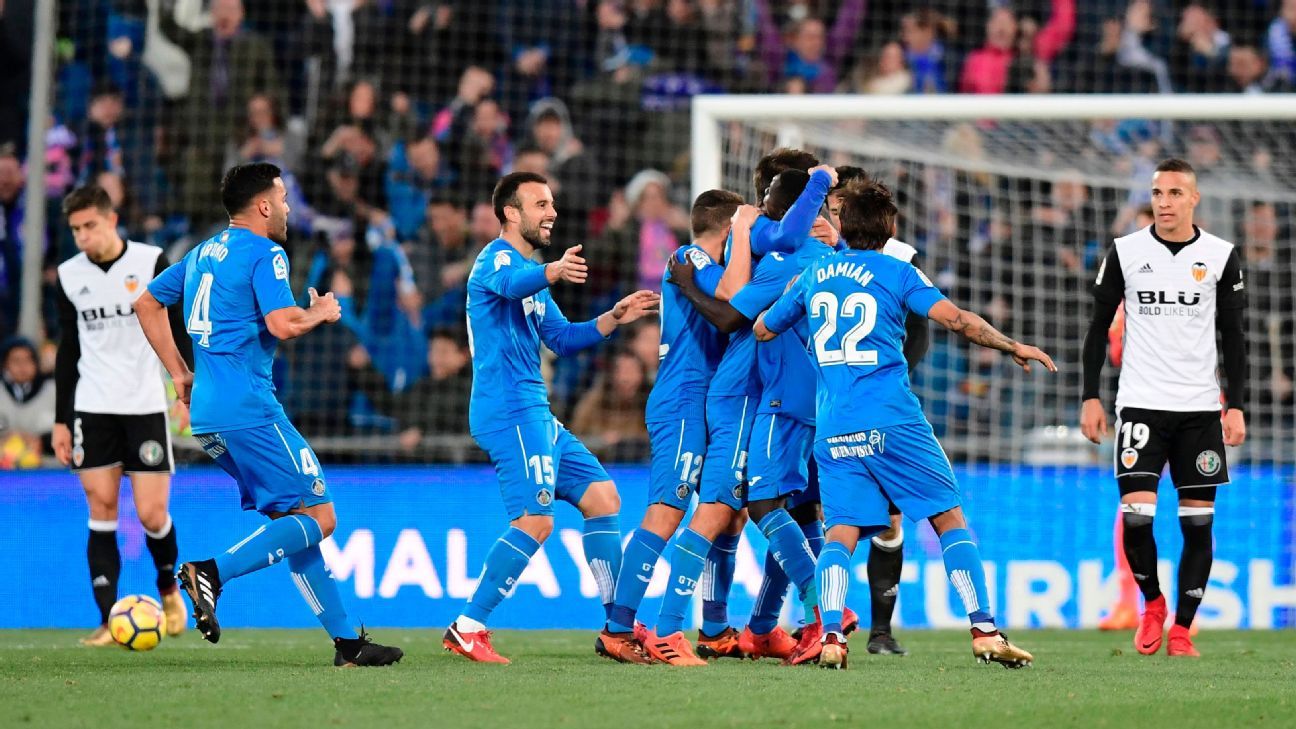 
Markel Bergara fired 10-man Getafe to a shock victory over second-placed Valencia to leave Barcelona five points clear at the top of the La Liga table.

Bergara’s second-half strike won the day despite the home side having to play for more than an hour with 10 men after Mauro Arambarri picked up two bookings in the space of four minutes.

The midfielder, having already been cautioned for a challenge on Andreas Pereira, incurred the wrath of referee David Medie once again when he fouled Martin Montoya and was dismissed with just with 25 minutes gone.

However, his teammates battled manfully and got their reward when Bergara smashed home a 66th-minute winner, although they had to survive a late onslaught during which Simone Zaza came close to snatching a point for Valencia.