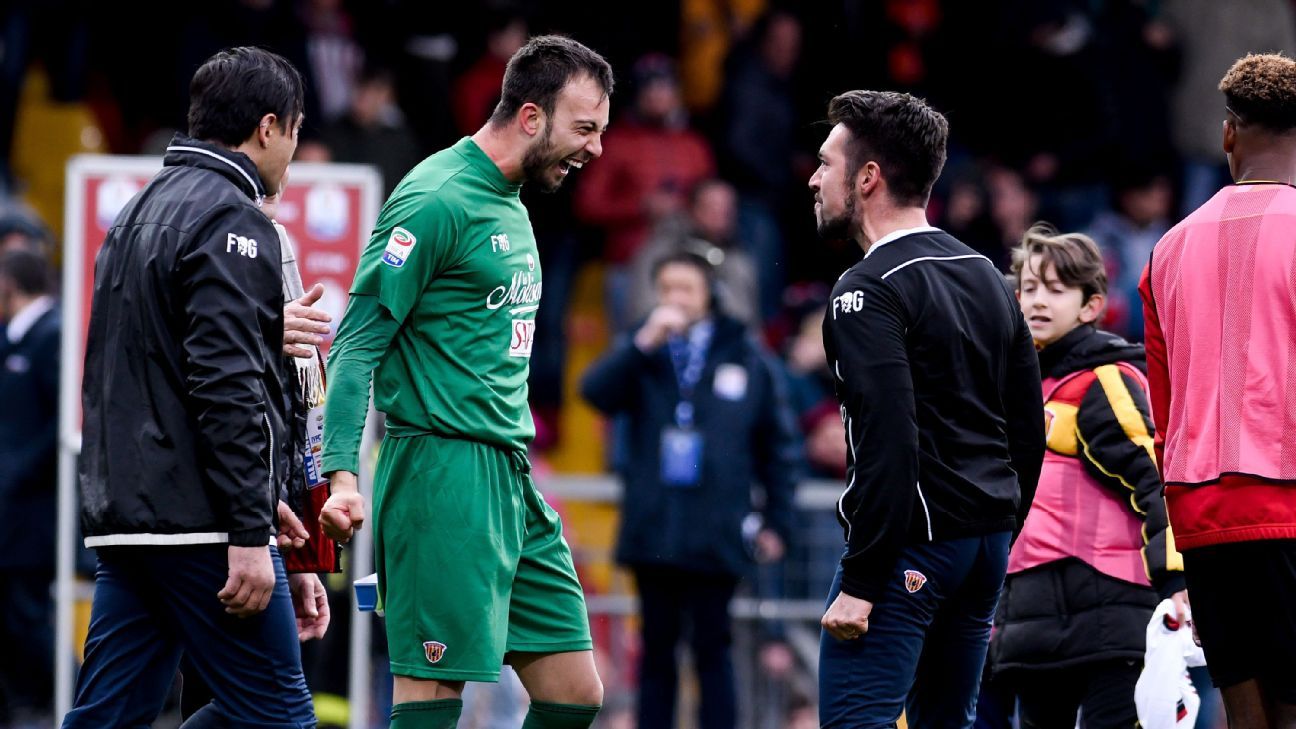 
AC Milan coach Gennaro Gattuso says that he would rather have been stabbed than see Benevento goalkeeper Alberto Brignoli ruin his debut with a last-gasp equaliser on Sunday.

Benevento had been beaten in their 14 previous Serie A outings since promotion to the top flight in the summer and defeat No. 15 appeared to be on the cards as they were 2-1 down in the final minute of stoppage time.

Brignoli raced forward to meet a free kick and headed home to earn Benevento their first point in Serie A, with a 2-2 draw, and prevent Gattuso from making a winning start to life in charge of the Rossoneri.

“I’ve seen pretty much everything in my career, and I’d dreamt about this game over and over again this week, but I would never have imagined a goal like that, not even in my dreams,” Gattuso told Sky Sport Italia. “Also because it would have been a dream I would never have believed.

“Certainly this burns and hurts. It would have been better to be stabbed than to concede this goal. The lads were devastated in the dressing room.”

“It couldn’t get any worse,” he told Sky. “This feels like a defeat today. All that mattered was getting three points and conceding a goal like this in the 95th minute is horrible. We’ve got to take this point and move on.

“There’s always work to do and one game doesn’t change that. Now we’ve got to keep on working and making sacrifices to bounce back. We’re still lacking something, but the team are desperate to get out of this situation.”

The draw leaves Milan in eighth place in Serie A, 13 points behind the top four and five behind sixth-placed Sampdoria, who hold the final qualifying berth for Europe next season and also have a game in hand on the Rossoneri.

Milan are level on points with Fiorentina and Bologna, whom they welcome to the San Siro next weekend.

How Special Olympics athlete Niall Guite drew the attention of Manchester City and beyond
Lampard on Maguire no-call – Holding is allowed not headlocks
Bukayo Saka’s meteoric rise down to rare mixture of talent and temperament
Unpacking Real’s Clasico win vs. Barcelona, Man United and Chelsea play it safe, Pirlo and Juve need time
High-flying Leeds, Villa suggest this Premier League title race could be the best one ever