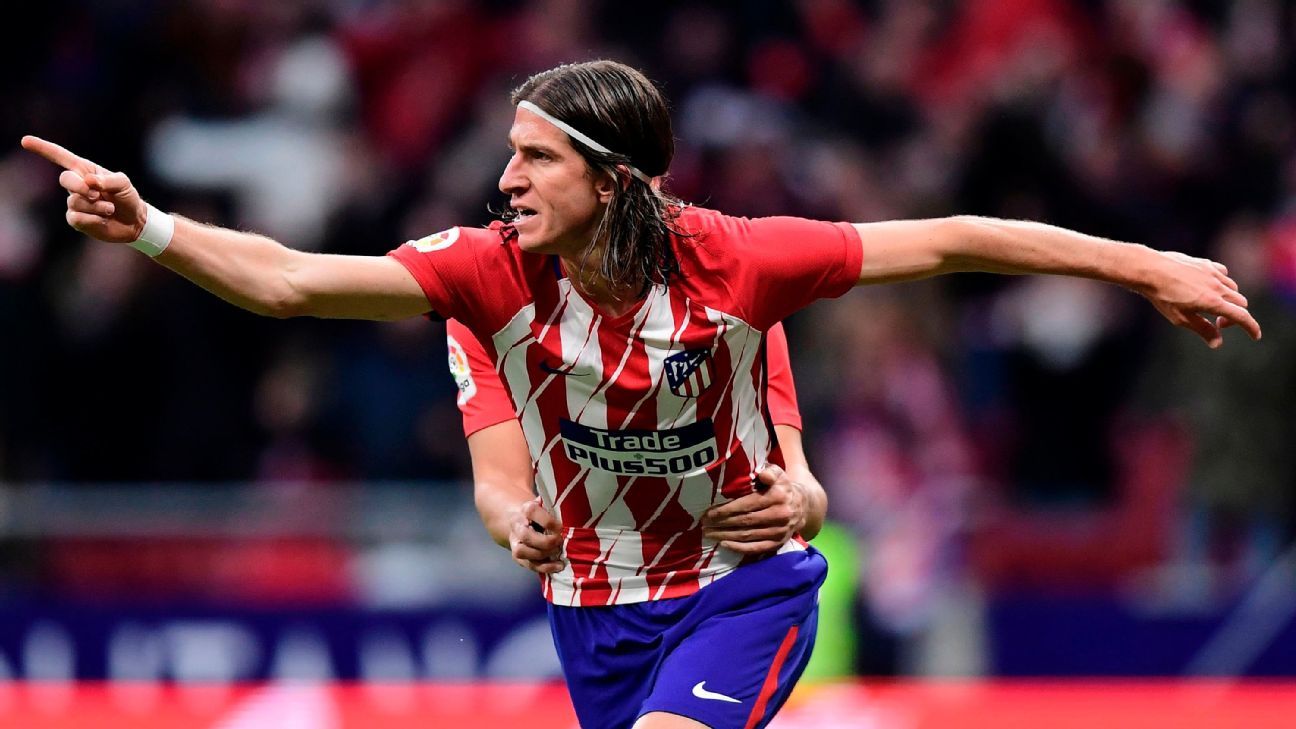 
Atletico Madrid showed the grit and resolve of old as they battled back to secure a 2-1 home win over Real Sociedad on Saturday.

A breakneck first period in the freezing Spanish capital saw Atleti’s defense overrun by the Basque outfit’s rampant attacking style, and truth be told Los Rojiblancos were fortunate to just be 1-0 down at the break, despite spurning a number of chances themselves.

After the break, however, it was a different story. Diego Simeone clearly read the riot act, and they huffed, puffed and finally blew the house down via Filipe Luis’ effort.

Antoine Griezmann then secured all three points late on to ensure Atletico remained unbeaten and closed the gap on second-placed Valencia to just a point for now.

The battling performance after the break was much more like it. Whisper it quietly but they finally look at home at the Wanda. Griezmann the match winner has returned.

The way La Real ran through the Atleti midfield and caused carnage going forward in the first 45 was worrying.

7 — See above negatives. Picked the wrong setup against that opposition but corrected it during the interval.

GK Jan Oblak, 5 — Had a bizarre game. Flapped at a corner and got away with it early on, but then rushed out and got nowhere near the ball and conceded a needless penalty. A couple of hairy moments after the break did not help. Having been so consistent for so long, he is allowed one of these afternoons, though.

DF Thomas Partey, 6 — Continues to fill in admirably out of position, but up against good opposition he got found out a bit early on. Almost cost his side a goal with a woeful pass across the edge of his own box but improved after that and was steady defensively.

DF Jose Maria Gimenez, 7 — Back in the side and not before time. Looked sturdier than his partner and made a couple of very important blocks when his side were up against it.

DF Diego Godin, 6 — Looked nervous as he has done all season and a couple of weeks break has not changed much. Slightly worrying for the boss.

DF Filipe Luis, 9 — Made a crucial last-ditch block at 0-0 to keep the score level, while showed composure his attacking teammates could have only dreamed of when levelling the scores. Solid in defence and a potent weapon going forward.

MF Koke, 7 — Brilliant ball to Saul in the build up to the winner. Not his best day at the office, but that was a moment of real magic.

MF Gabi, 7 — Was often overrun against La Real’s high, intense press, however never sharked responsibility. In particular he produced an amazing recovery tackle on the break on Mikel Oyarzabal as he looked set to score.

MF Saul Niguez, 8 — Two brilliant assists. The first was all about his directness and presence of mind to pick a teammate, while the second showcased his aerial ability.

MF Angel Correa, 3 — An utter shocker. Missed two one-on-ones in the first half before skying over an open goal after the break with his side 1-0 down. One of those days that thankfully did not cost the side.

FW Antoine Griezmann, 8 — Was possibly the most frustrated player on the pitch before his goal, having missed three or four good chances. Yet he showed great bravery to slide in and force the ball over the line against his former club and prove he is still this side’s match winner.

FW Kevin Gameiro, 6 — Messed up a one-on-one with the score at 0-0 but linked well with Griezmann while he was on.

Fernando Torres (for Gameiro), N/R — Ran around but did not do anything of note.

Yannick Carrasco (for Correa), N/R — Put Correa out of his misery. Someone had to. Whipped in a brilliant ball that Griezmann almost scored from.

Augusto Fernandez (for Griezmann), N/R — On in stoppage time to help see the win out.

Isco 4/10, Marcelo 5/10 as Madrid slump to shock defeat vs. Cadiz
Tottenham’s squad on Gareth Bale’s first debut in 2007: Where are they now?
Everton are top of the Premier League and primed to end decade of derby futility vs. Liverpool
Juventus to bump ahead of Arsenal for Lyon’s Aouar
Everton, Liverpool, VAR serve up Merseyside derby with everything … except fans