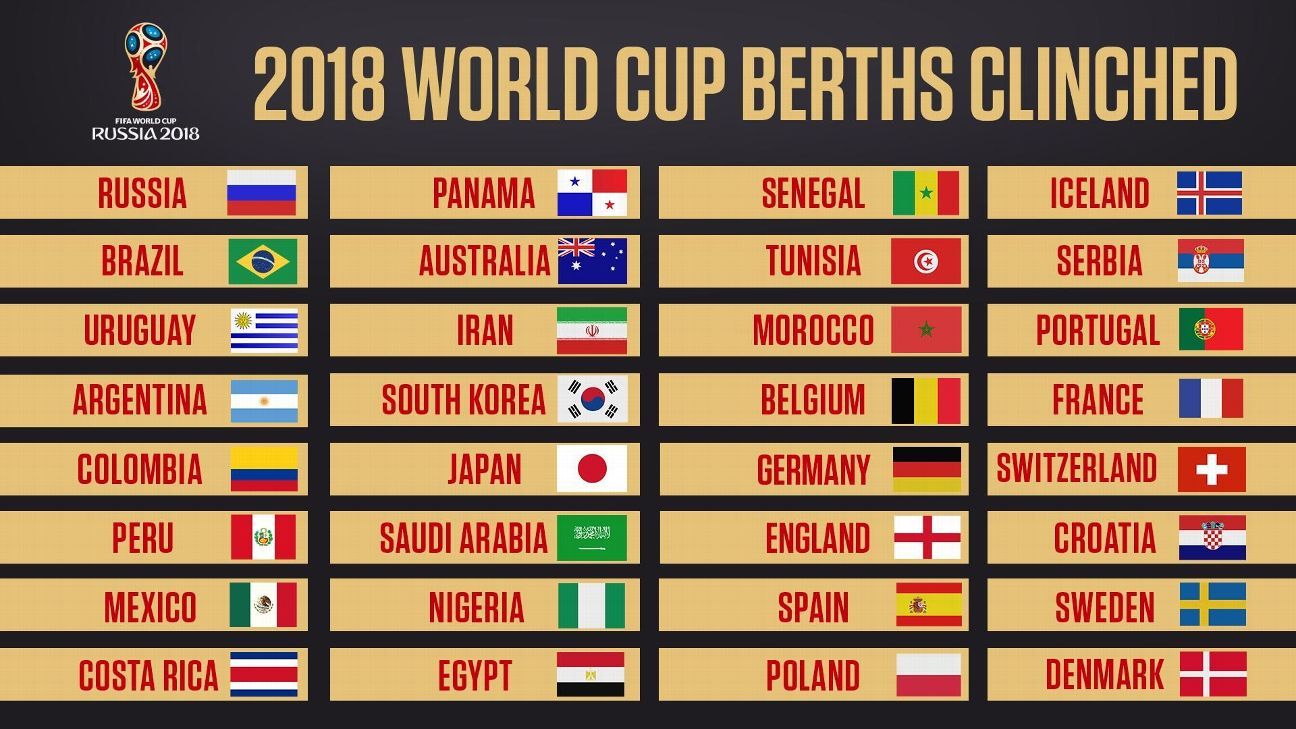 How can I watch?

In the U.S., Fox have the rights in English, while Telemundo will have them in Spanish. The BBC and ITV will show it in the U.K. and FIFA’s official website will have a live stream.

ESPN FC will bring you all the latest with a live blog as the teams are drawn, and in the U.S. you can watch a special hour-long analysis show on the ESPN FC TV show at noon ET.

Which teams have qualified?

CONCACAF have three (Mexico, Costa Rica, Panama). Oceania have none after New Zealand lost to Peru in a playoff.

You can find a full breakdown of how they got in here.

Former England captain Gary Lineker, who won the Golden Boot in 1986, will host the ceremony along with Russian sports journalist Maria Komandnaya.

All eight World Cup-winning nations will send a representative who won the trophy to assist in the draw.

England will be officially represented by Gordon Banks, goalkeeper on the 1966 winning team. The other draw assistants are Laurent Blanc (who won the 1998 tournament with host nation France), Cafu (Brazil, 2002), Fabio Cannavaro (Italy, 2006), Diego Forlan (representing 1930 and 1950 champions Uruguay), Carles Puyol (Spain, 2010) and 91-year-old Nikita Simonyan, the top scorer in Soviet League history, who is participating on behalf of 2018 hosts Russia.

How does the draw work?

To make the groups more even, FIFA is using its World Ranking, which was published last month, to seed all four pots for the draw — a departure from recent tournaments when only the top eight nations were seeded with other pots grouped by confederation.

One team from each pot is drawn into a group, making eight groups of four nations. There can be no more than two teams from Europe in any one pot, and no more than one nation from any other confederation.

The opening match at the Luzhniki Stadium in Moscow is on June 14, with the final held at the same stadium on July 15.