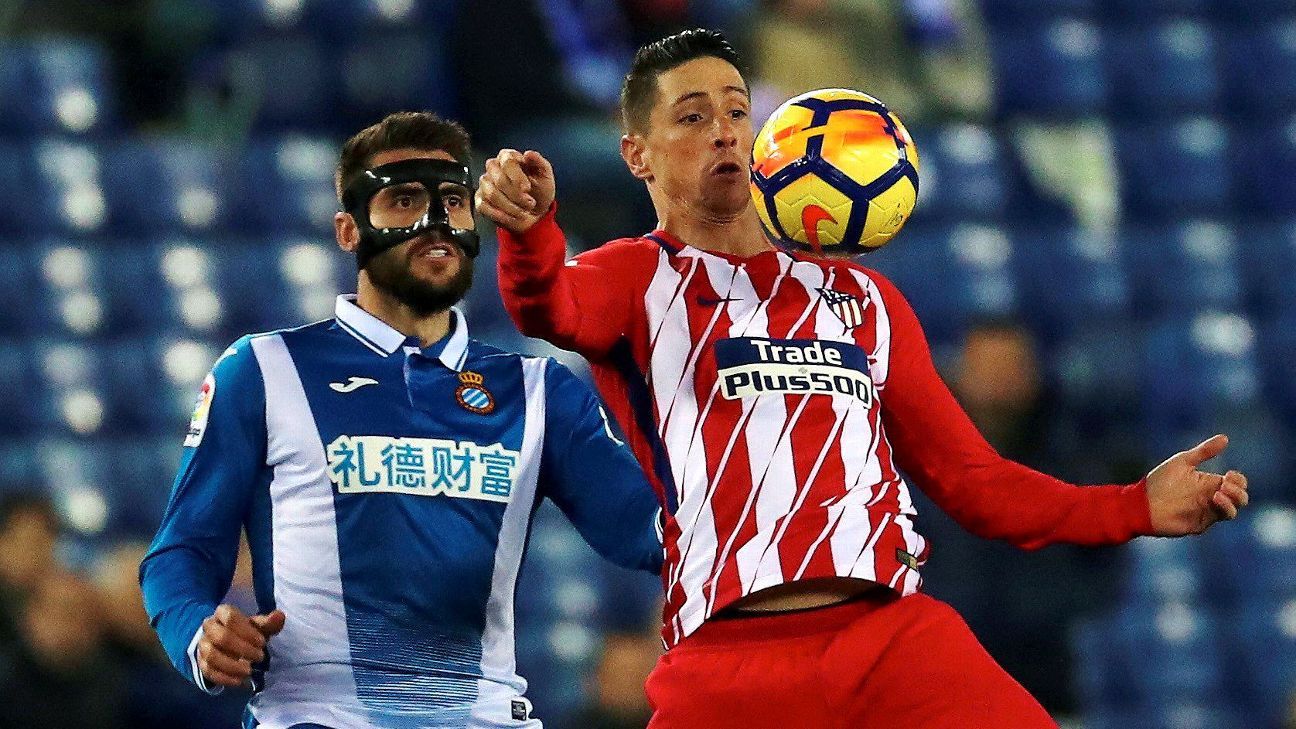 
Atletico Madrid slumped to their first La Liga defeat of the season after shipping yet another late goal, succumbing 1-0 to Espanyol.

Los Rojiblancos looked off it all night and never really looked like securing a victory in Catalonia against a side happy to sit back and soak up pressure. The sight of Fernando Torres labouring up top was frustrating, while substitute Kevin Gameiro then missed a sitter as he ran through one-on-one only to fluff his shot late on.

It proved costly as Sergio Garcia tucked home what seemed an inevitable late winner for the home side in what is the worst possible way for Diego Simeone & Co. to go into the Christmas break.

Diego Costa can play in the club’s next competitive game. Hallelujah.

A lack of creativity combined with poor finishing when you eventually get a chance is not a good combination. Thomas Partey looks off the boil while the manager’s reticence to use Yannick Carrasco is concerning.

6 — Not for the first time, Simeone picked the wrong starting XI and then almost made amends with his substitutions, however that will not work every time.

GK Jan Oblak, 6 — Couple of smart stops but could do little about the goal.

DF Sime Vrsaljko, 5 — Looks fully fit for the first time in a while. Pushed forward at will however had little to aim at in the box. Was caught out of position badly for the goal, however.

DF Stefan Savic, 5 — Some decent headers away and blocks thrown in but he’s much more comfortable at that than dealing with the nimble kind of attackers that Espanyol boast.

DF Diego Godin, 6 — Was decent for the majority of the game, making a number of vital interceptions and carrying the ball out from the back. Saw a goal disallowed for a needlessly blatant push — be subtler!

DF Filipe Luis, 6 — Not his best display of the season by a long shot but still was not too bad. Looked shattered by the end of play and will need to rest up over the break.

MF Koke, 7 — Whipped in a couple of delicious set-pieces that deserved to be finished. Will be much more effective with Costa in the team.

MF Gabi, 6 — Began to look leggy and picked up a booking, which might have resulted in his substitution. Either way, the side conceded two minutes after he was replaced with the kind of counter attack he would have broken up.

MF Saul Niguez, 6 — Up and down. At times gliding, at times labouring. Another who will benefit from the mid-season break. Should have been furious with Gameiro after he did not square him the ball with the goal gaping.

MF Thomas Partey, 5 — Has struggled of late and yet again was the first to be subbed here. His first season of first-team football looks to be taking its toll and could use some time out of the team to regain his freshness.

FW Antoine Griezmann, 6 — Difficult one to rate as he frustrated for much of the night but that was largely to do with those around him. Dropped deeper and deeper to get involved with the game and should have had an assist when he fed Gameiro for Los Colchoneros‘ big chance.

FW Fernando Torres, 5 — The sight of El Nino labouring around up top only makes Atleti fan crave for Costa even more.

MF Angel Correa, 6 — Always looks to make something happen and his directness caused problems. Came up against a very tightly packed defensive unit which meant his flicks and tricks did not always come off, but at least he tried.

FW Kevin Gameiro, 1 — A tad over the top, perhaps, but ran through one-on-one, had a teammate to square to and shot straight at the goalkeeper. Awful.

MF Augusto Fernandez, NR — Brought on to replace Gabi, but the former would have managed to stop the counter from which Espanyol scored by hook or by crook.