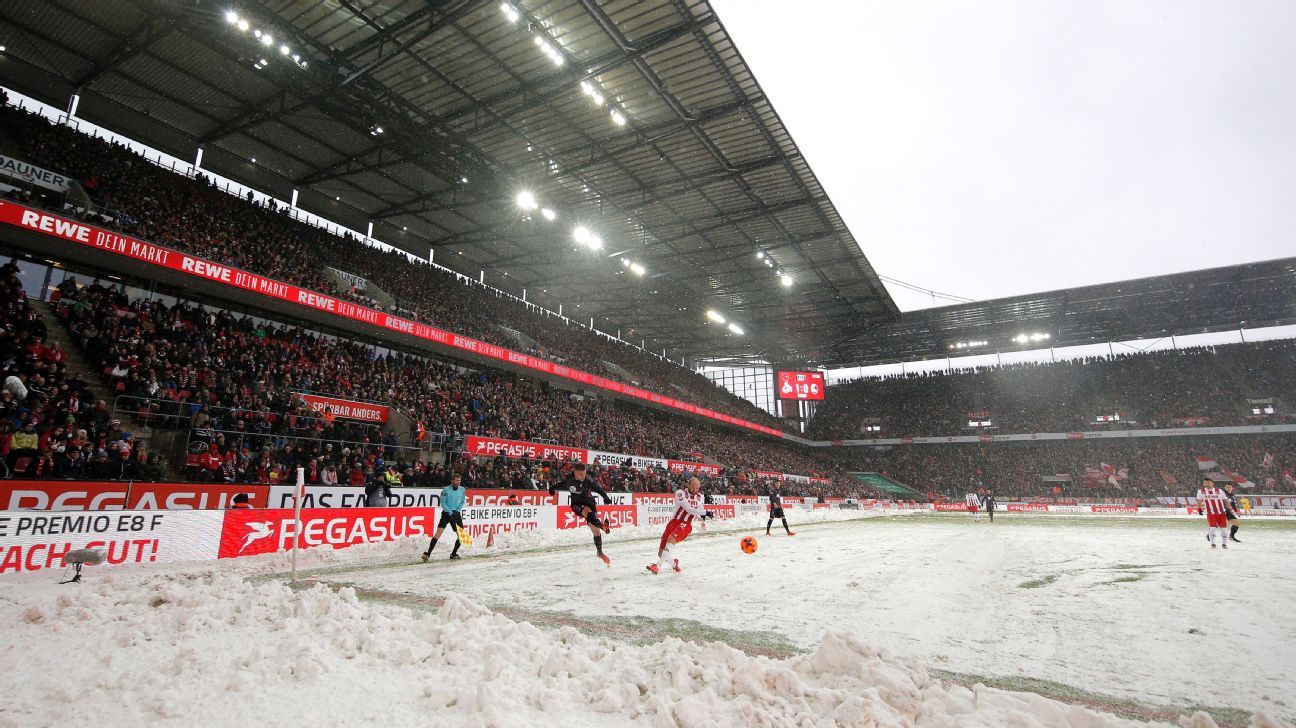 
Two penalties in the final minutes of the match saw winless Cologne capitulate as they threw away a 3-0 lead to lose 4-3 at home to fellow relegation battlers Freiburg on Sunday.

Kickoff in Cologne was delayed by half an hour due to a snowstorm that continued as the game got underway.

Ground staff managed to clear snow from the pitch markings, which were then painted red to ensure they were visible. But they forgot all about the penalty spot — which caused referee Robert Kampka big problems when Sehrou Guirassy was brought down inside the box by Julian Schuster in the 18th minute.

Neither the official nor the players could find the spot, and Kampka had to pace out from the middle of the goal and search for it in the snow. Guirassy eventually made no mistake from the spot, adding to Lukas Klunter’s opener.

Caleb Stanko’s 29th-minute own goal made it 3-0 and Cologne, with under-19s coach Stefan Ruthenbeck in charge after the sacking of Peter Stoger — who was named as Peter Bosz’s replacement at Borussia Dortmund on Sunday, appeared on course for a first win in 15 league outings before the break.

But Nils Petersen scored a hat-trick for the visitors, bagging two penalties in a cruel ending for the home faithful.

Petersen pulled one back in the 39th minute and Janik Haberer set nerves trembling with a second after 65 minutes.

And Cologne could not hold out as Timo Horn fouled Salih Ozcan in the area and Petersen dispatched the penalty.

Worse was to follow as, in the sixth minute of time added on, Freiburg were awarded another spot kick, and Petersen condemned them to a 12th defeat in 15, leaving them 11 points adrift at the foot of the table.

Could Van Dijk’s injury end Liverpool’s Premier League title hopes? History is not on their side
Lampard hints frustration at Chelsea’s goalkeeper errors
La Liga kept Messi at Barcelona, but the talent drain to the Premier League is a concern
Lionel Messi made his Barcelona debut 16 years ago today. A lot has happened since then
Liverpool’s Champions League win over Ajax steadied Klopp’s side after a rocky week