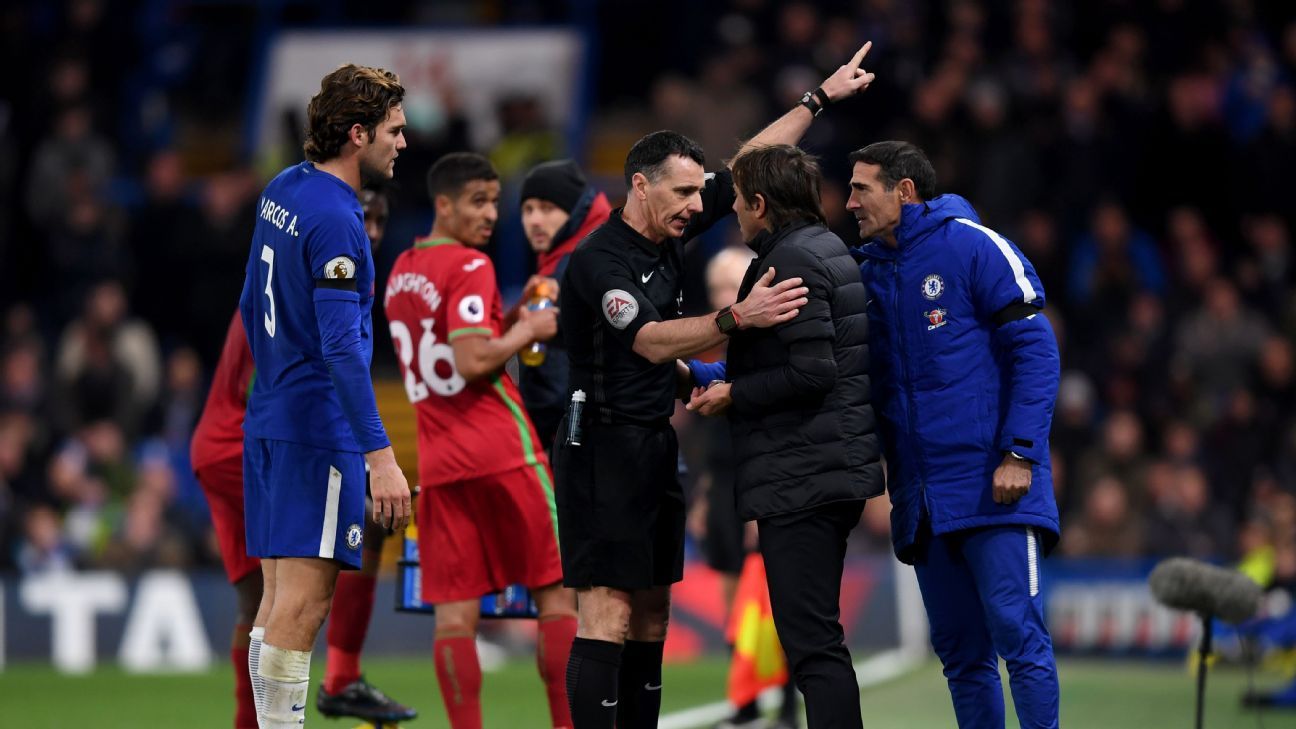 
Chelsea coach Antonio Conte has been charged with misconduct following his dismissal against Swansea on Wednesday, the Football Association announced.

He will have until 6 p.m. on Tuesday evening to respond to the charge, at which point he could face a fine or a further touchline ban.

Conte was sent to the stands and then down the tunnel by referee Neil Swarbrick after a number of compaints. The final straw came as he confronted fourth official Lee Mason over a goal kick that was given to Swansea rather than a Chelsea corner.

The manager then watched the rest of the match from the dressing room as Chelsea won 1-0, and after the game apologised to both Mason and Swarbrick.

“I apologise for this. I was frustrated,” said Conte, who was dismissed for the first time in English football. “For sure I made a mistake. During the game I suffer. With my players I suffer. It’s a pity.”