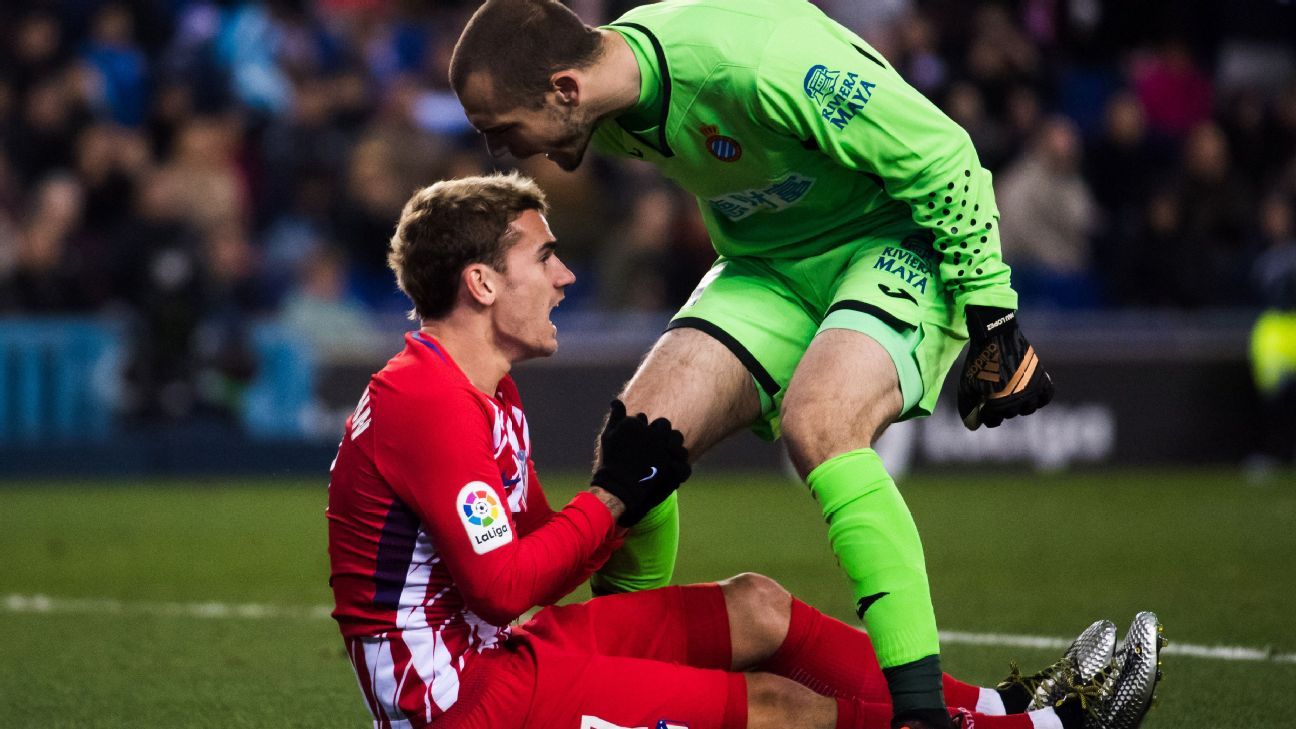 Atletico Madrid’s unbeaten 20-game start to the La Liga season came to an end with a shock 1-0 defeat at Espanyol.

Sergio Garcia’s late goal saw the hosts join Chelsea as the only side to have beaten Diego Simeone’s men in all competitions this season.

Garcia’s first league goal of the campaign came with two minutes left to earn the Catalan side a first win in four outings.

Diego Simeone’s side entered the game on a four-match winning streak, but they failed to seriously threaten Espanyol’s net.

Diego Godin headed in for Atletico but it was ruled out for a push, while Kevin Gameiro fired straight at goalkeeper Pau Lopez after breaking through the Espanyol defence.

And they were punished when Garcia kept his cool at the end of a quick break, using one touch to fire substitute Esteban Granero’s cross just inside the far post and into the bottom right corner.

Atletico hadn’t lost through all 16 previous rounds in La Liga, nor the final four matches of the last campaign. Their last loss in the league was on April 25 against Villarreal.

Second-placed Atletico missed the chance to close the gap on leaders Barcelona ahead of Saturday’s El Clasico, when Ernesto Valverde’s side can extend their advantage at the top to nine points.

Information from The Associated Press and Press Association was used in this report.