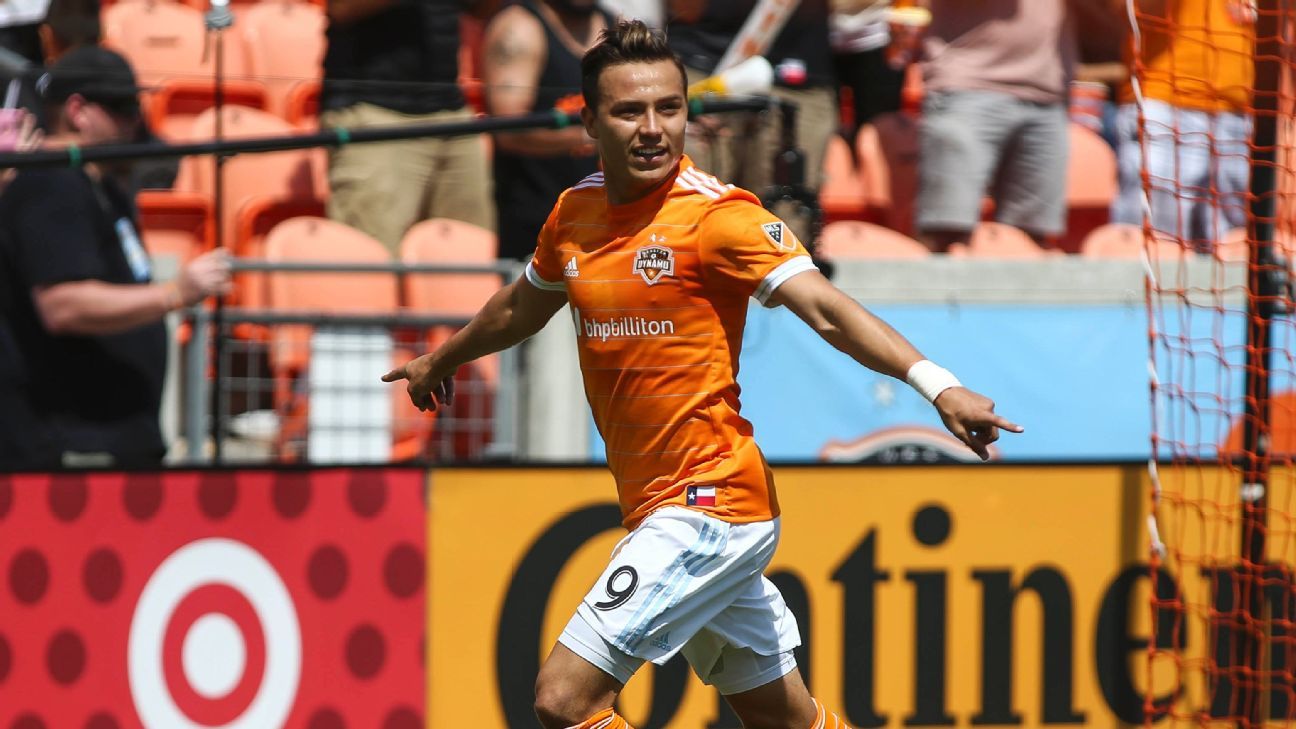 The 25-year-old striker had been heavily linked with Veracruz earlier in the current January transfer window, but that deal fell through.

“I’m content, happy to return to Mexican football and with a club as important as Pumas. I’m coming to work, to train hard,” Torres told Televisa Deportes at half-time of Pumas’ 3-0 victory over Juarez in the Copa MX on Wednesday.

“It’s the best moment in my career and personal life as well.

“I’ve just turned 25 and have experience in the national team, youth national teams and in important clubs. I’m coming [to Pumas] at an age at which I’ll do big things without doubt.”

Torres netted 14 goals in 27 MLS appearances last season, but struggled in the 2015 and 2016 campaigns, in which he failed to score.

The Guadalajara native was loaned out twice during that period to Liga MX sides Chivas and Cruz Azul, but a knee injury during his spell with the latter club resulted in his return to Houston.

Torres first broke through with Chivas in 2010, scoring 14 goals in 65 league appearances over the next three years. He was then loaned out to now-defunct MLS side Chivas USA, where he went on to score 22 goal in 44 appearances over two seasons.

Torres was acquired by the Dynamo as a designated player for a reported transfer fee of $7 million just prior to the 2015 season and reportedly signed a five-year contract with the MLS franchise in December 2014.

Pumas currently sit in first place in Liga MX with two wins and a draw from their first three matches of the 2018 Clausura. Torres will be competing for a place up front with Nicolas Castillo and Matias Alustiza.