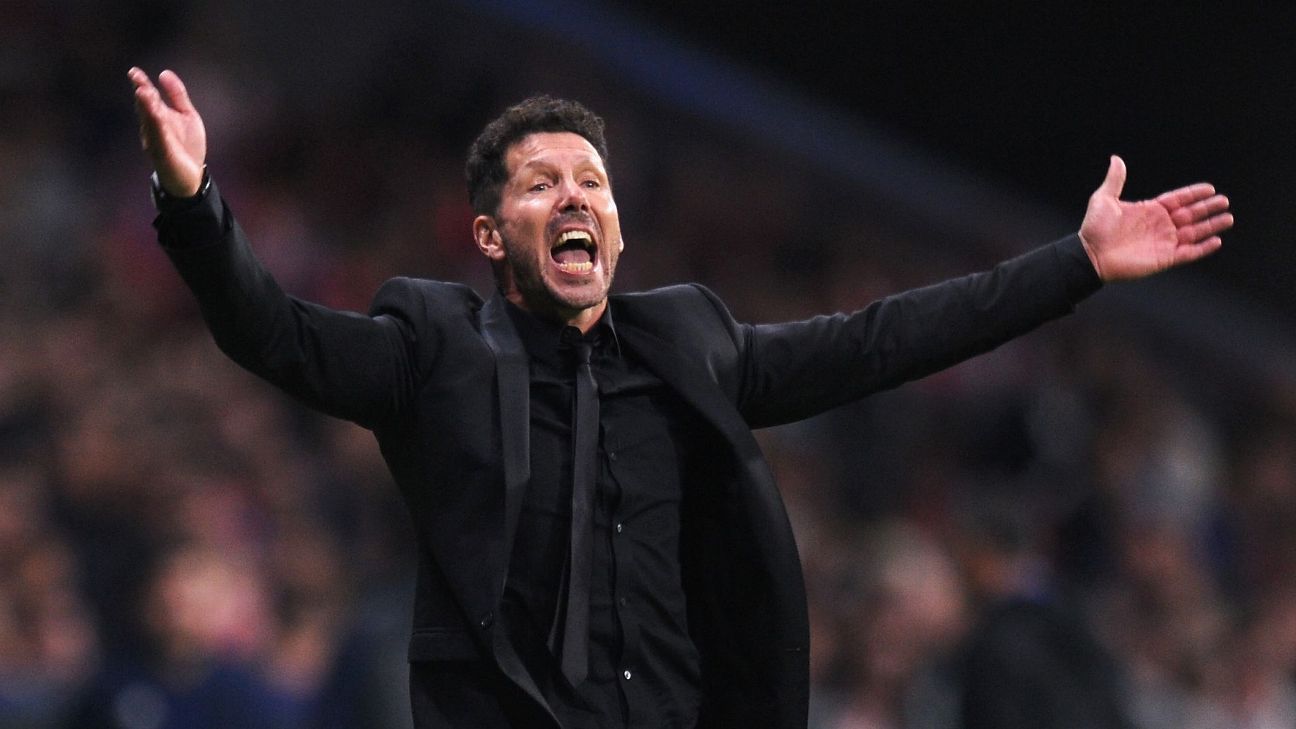 
Atletico Madrid coach Diego Simeone hailed his team’s persistence after they battled back to beat Real Sociedad 2-1 at the Wanda Metropolitano on Saturday.

The win, secured by a late Antoine Griezmann goal, moved Atleti to within six points of leaders Barcelona.

They did not start well and were behind when Willian Jose converted from the penalty spot after 29 minutes.

But Filipe Luis drilled home with his right foot after a superb driving run by Saul Niguez soon after the hour before Griezmann punished his old side by finishing bravely at the back post.

After a first home La Liga win in two months, Simeone told his postmatch news conference: “This is a long championship. We do not look at anything else except our next game.

“Both teams had some big chances, but we did not stop insisting. The players came out on top after being up against it in the first half.

“They showed pride, intensity, bravery and insistence and got a classic last-minute winner.”

Simeone praised his players for finding a way to take the three points despite a poor first half, adding: “We did not start the game well and made mistakes that we could improve upon in the second half.

“The most important today was to keep making chances, play in their half. Different to other games, we were able to find the goal to bring us the victory.

“This will be very useful to us. The team are improving, with more consistency in their play, which comes from scoring goals. Goals bring that energy. Hopefully, we can keep on this path.”

“We had a very bad start to the game, but you could see we were on a good run, the players have lots of confidence.

“We must keep going like that if we want to fight for anything more. We must always be protagonists in the game.”

Atletico travel to Chelsea on Tuesday, where they must win and then hope Qarabag can get a result at Roma in the group’s other fixture.

“It will be our most difficult game of the season,” Filipe Luis said. “We are in a good moment, must play a perfect game.

“We do not control our own destiny, but we know that anything can happen in football. We always believe that we can do something and we always fight for everything. We will try for the miracle.”