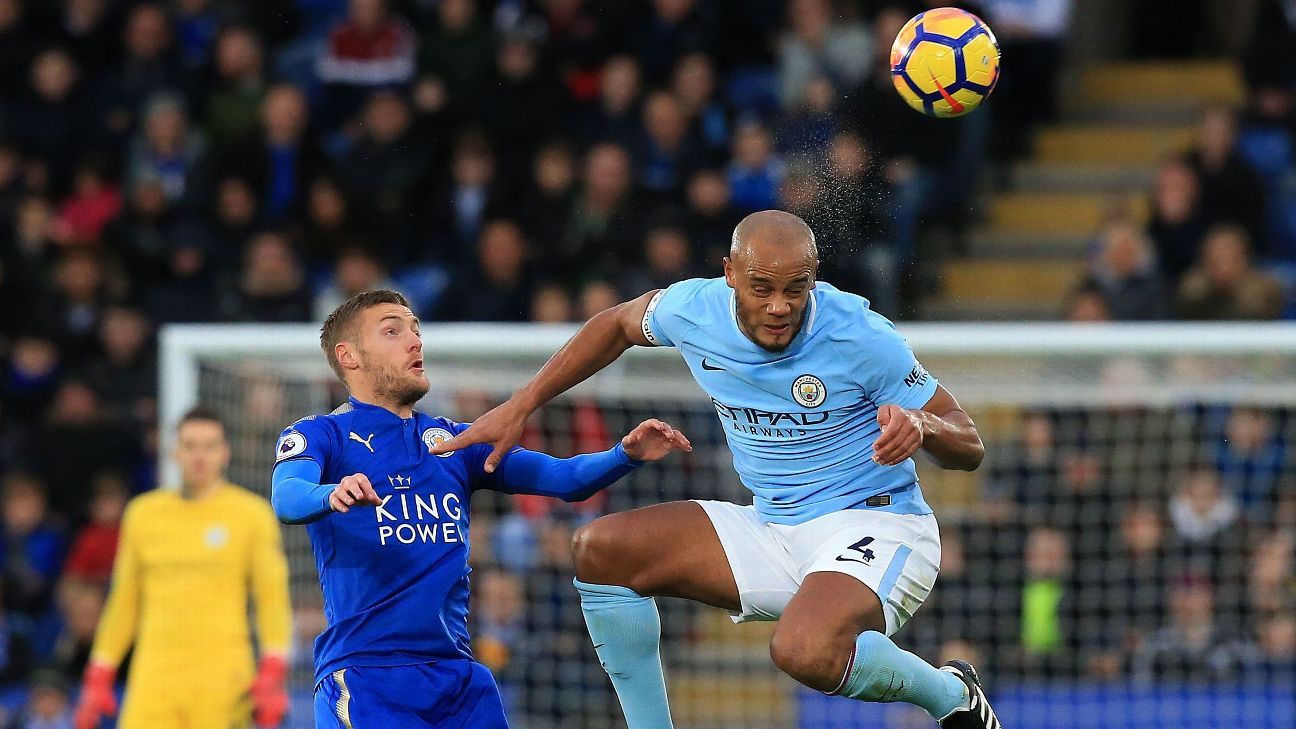 
There’s little for Pep Guardiola to grumble about at the moment. His Manchester City team have raced into an eight-point lead at the top of the Premier League, the football they have been playing is up there with the best the top flight has seen. They’ve netted 40 goals already — 13 more than anyone else in the division.

Going into the season, the manager would have been wary there wasn’t great depth to his defence. It needed major surgery over the summer and although a lot of what was necessary was signed, including a solid goalkeeper along with younger and more athletic full-backs, there were still some gaps.

Guardiola missed out on West Brom’s Jonny Evans on deadline day when Eliaquim Mangala’s proposed move to Crystal Palace fell through. While that wouldn’t have bolstered numbers, the Northern Irish international would have been a player the manager could trust. Instead, he was left with a defender he didn’t want.

It also meant City were reliant on Vincent Kompany keeping himself fit. That fell apart when he suffered another calf injury at the end of August, forcing Guardiola into a combination of John Stones and Nicolas Otamendi for the following two-and-a-half months. There wasn’t much behind that.

He must have been thanking his lucky stars Kompany was able to get through 90 minutes on his return in City’s 2-0 win at Leicester, with Otamendi suspended. But he will have been cursing his luck Stones pulled up with a hamstring problem midway through the first half.

Now he has to trust Kompany will be able to play two games a week until Stones returns, or he’ll have to put his faith in Mangala, who he wanted rid of.

A long injury to Benjamin Mendy hasn’t helped matters either. His departure in the 5-0 win over Crystal Palace in September has put a strain on the defence, leaving only two fit senior full-backs — one of which, Danilo, can deputise on the left but isn’t a natural.

It will have comes as a great relief Fabian Delph has played himself into excellent form in that position. It’s an odd situation to be in, but Guardiola has proved himself to be a master problem-solver in that regard. Delph was nothing like a left-back when he arrived at the Etihad for £8 million in the summer of 2015, but now City fans wouldn’t swap him for anyone else in the top flight in that position.

Guardiola has played to the midfielder’s strengths, meaning he isn’t expected to sprint up and down the line and support the winger ahead of him as Kyle Walker does on the right. Instead, when City have the ball, Delph steps into the middle and plays his natural game, allowing David Silva or Kevin De Bruyne to drift up alongside Leroy Sane.

Credit has to go to the midfielder for sticking to his guns, too. At the beginning of the season, he turned down a move to Stoke in favour of fighting for a place at City. Many believed it was a daft decision, but he’s now one of the first names on the teamsheet, with Guardiola even regretting not playing him more last season.

On Saturday, Riyad Mahrez would have fancied his chances of getting some joy down the City left. Sane isn’t the strongest at providing cover and it’s widely known that Delph is playing out of position, even if he has been performing well. After a couple of early successes on the wing, though, the Algerian didn’t get a sniff. If Delph didn’t cut the ball out on its way to Mahrez, he won it with a crunching challenge instead.

It’s a sign of how much City have taken on board Guardiola’s methods that they have the second best defensive record in the top flight, despite having a back four that’s being held together by sticky tape.

Yet because of the alertness of goalkeeper Ederson to sweep up behind his defenders and the intense pressing from the forward players to cut out the opposition’s avenues of attack, the defence is rarely under sustained pressure.

Not only are City scoring at will, they’ve made themselves incredibly hard to beat, even with a mishmash of personnel at the back. That’s got to start the alarm bells ringing for everybody else in the Premier League.

Barcelona and Real Madrid have their issues, but who needs to win El Clasico more?
Messi not at his best this season
No Alexis Sanchez-style pay bump as Madrid, Juve watch on
Starting Bale on bench vs. West Ham a ‘good decision’
Man United vs. Chelsea a reunion for former PSG stars Edinson Cavani, Thiago Silva