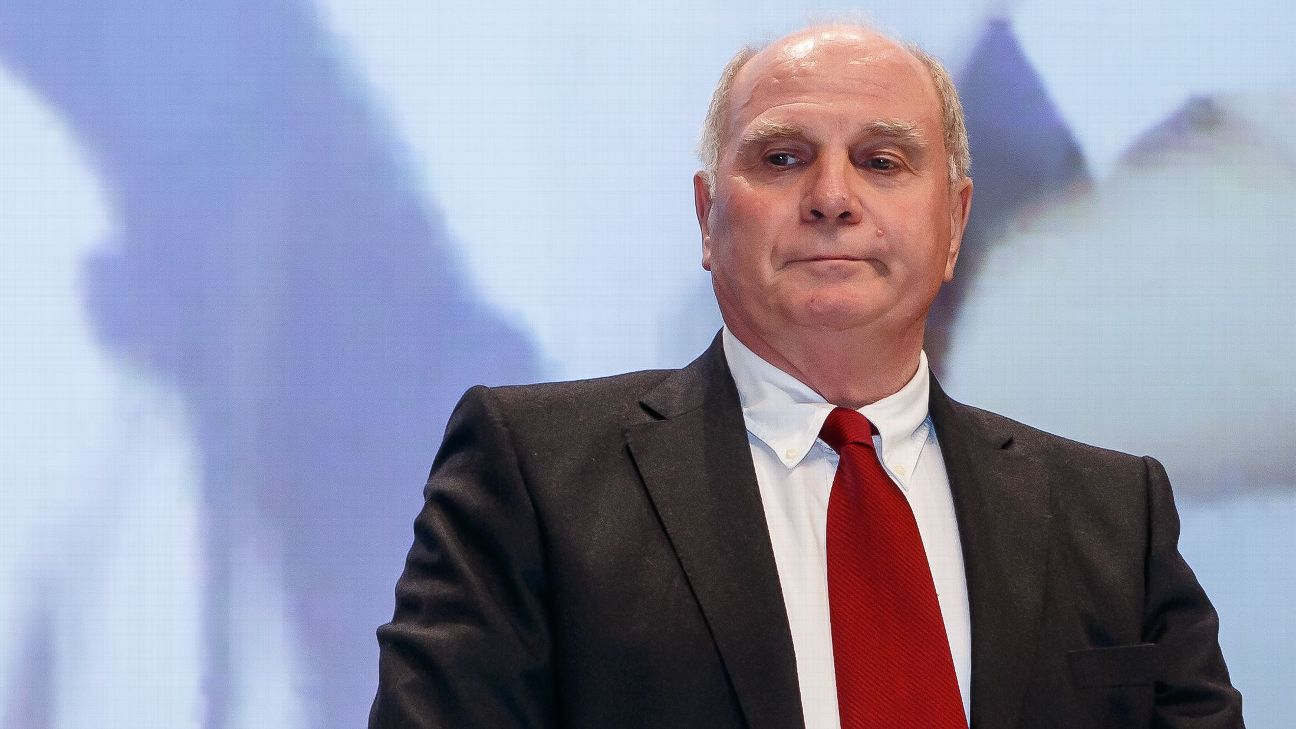 
Former Bayern Munich president Uli Hoeness has said football will never be the same following the coronavirus crisis and suggested there will be no transfers in excess of €100 million in the near future.

Like almost every league around the world, the Bundesliga is bracing for the economic impact of the coronavirus crisis. The two top flights are suspended until early April, but with the clubs likely to follow a recommendation of the league’s chair, the suspension is set to be extend until April 30 at a general meeting next week.

The income of German clubs stands on three pillars — ticketing, broadcasting and sponsoring — with the former making up 12.9% of the total revenue according to the DFL economy report 2020, published in February. Sponsoring and broadcasting add up to 57.9% and numbers could significantly drop as football has come to a standstill.

“It all stands and falls with the fact if we can play again this season,” Hoeness, who left his post as Bayern president in November, told kicker. “Games without fans still guarantee the distribution of TV income and if that happens there will not be any existential problems for the 2019-20 season.

“But if we can’t play until Christmas — as the worst-case prognosis suggests — the entire league’s existence will be threatened.

“The illness is like the plague. We must wait. Those who forecast the return of football are nothing but charlatans.”

However, for all the uncertainty amid the coronavirus crisis, Hoeness said he believes good things can emerge from it.

“The current situation is a threat, but also a chance to change the coordinates,” Hoeness said. “You can’t dictate it, but transfer fees in excess of €100 million will be a thing of the past for the next few years.

“The transfer fees will drop and will not return to the current level in the next two, three years. All countries are affected. There will most likely be a new footballing world.”

Several clubs have said they will run into existence-threatening difficulties were the season to be cancelled completely, and Bayern announced on Thursday that, alongside Dortmund, Schalke and Leverkusen, they will pledge €20m to help lower league teams.

Players and staff at Borussia Monchengladbach, Borussia Dortmund and Union Berlin have already agreed to forgo parts of their salaries. Other clubs including Bayern and Schalke are expected to follow suit over the next days.