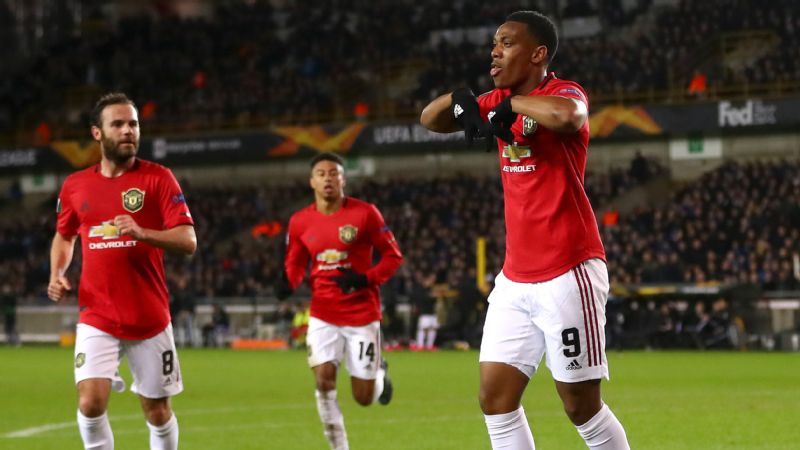 
Manchester United battled to a 1-1 draw Club Brugge in the first leg of their Europa League round-of-32 first-leg clash at Jan Breydelstadion on Thursday.

Anthony Martial cancelled out Emmanuel Dennis early strike with a wonderful solo effort to hand the visitors a vital away goal as the tie turns to Old Trafford next week.

Martial’s goal was his 14th in all competitions this season, the second-most goals he’s scored in a single campaign, and it came in the 36th minute via a Brugge throw-in near their own half — the former Monaco man outpacing the intended target to steal the pass before racing in and calmly slotting past former Liverpool man Simon Mignolet in goal.

New signing Odion Ighalo — who surprisingly joined United at the end of last month’s transfer window — came on in the 67th minute for Martial but couldn’t help Ole Solskjaer’s men to a late winner on the night.