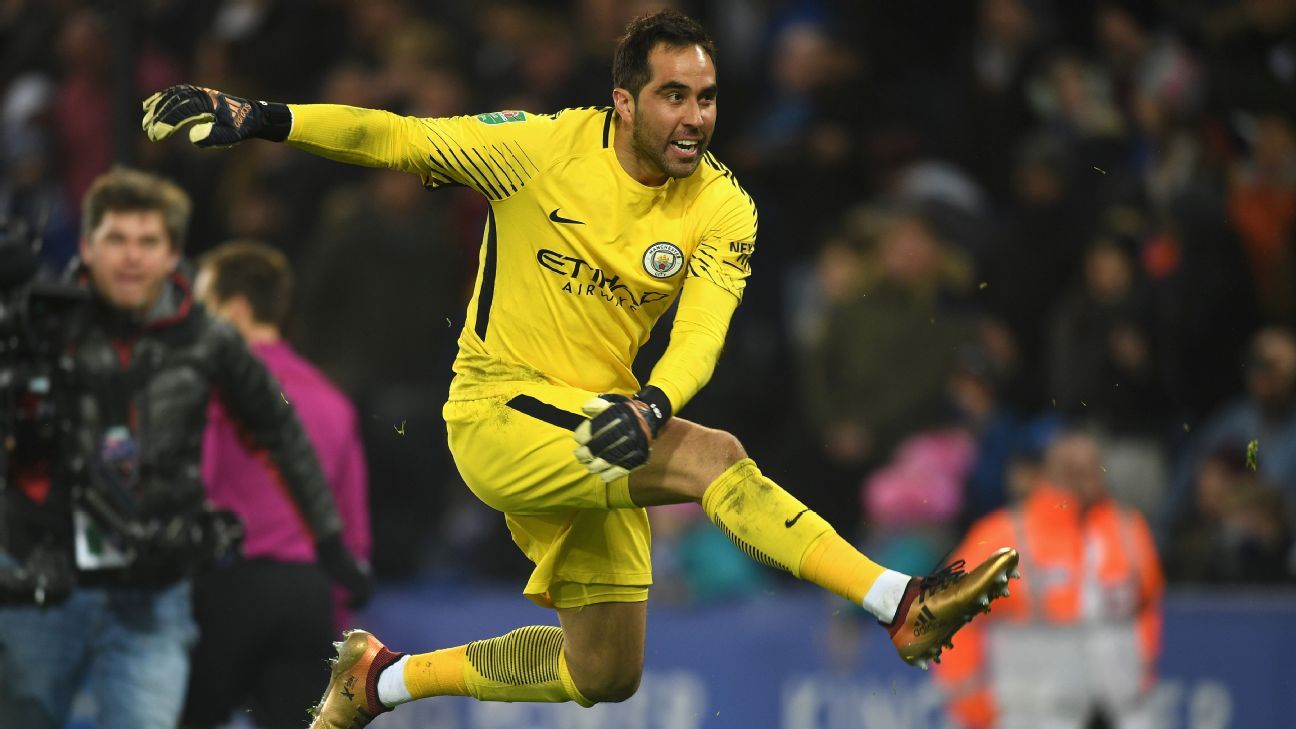 
Manchester City and the League Cup have always been a comfortable fit, but here City again waited until after the trains had stopped running to gain access to the semifinals of this year’s tournament — a third appearance at this stage in the last five years.

Pep Guardiola’s side needed a penalty shootout — for the second round in a row — to get past Leicester City and reached the last four after the game finished 1-1.

With a side liberally sprinkled with youth team prospects, Guardiola’s jig across the King Power Stadium pitch at the positive outcome of the penalty shootout told its own story: City must conserve the energy of the likes of Kevin De Bruyne and Fernandinho, while being true to England’s third most important tournament.

Rewarded for risking young players such as Phil Foden, Oleksandr Zinchenko, Tom Dele-Bashiru, Tosin Adarabioyo, Brahim Diaz and Lukas Nmecha, Guardiola saw them survive a second half comeback from the home side and eventually play their part in City’s progress to the last four.

Leicester’s injection of first team experience in the shape of Jamie Vardy and Riyad Mahrez, plus the later appearance of Demarai Gray, made it tough for City in the second half. It was ironic, then, that two of the three would eventually be responsible for missing penalties.

Manager Rating out of 10

8 — It is difficult to find a balance between having to play some of the first team and some of the young guns and maintaining some semblance of order. This was — for the second round in succession — achieved by the skin of the Catalan’s beautiful white teeth, despite making substitutions clearly designed to hold the one-goal advantage, while his opposite number went for broke.

GK Claudio Bravo, 8 — Once again the League Cup hero with the critical penalty save to put City through, just as he had been against Wolves in the previous round. There were some of the old Bravo moments mixed in too, however, with a collision and some misjudged passes, but also one or two critical saves.

DF Danilo, 6 — Looked jittery to start with, but had to move into the middle to cover for the departed Eliaquim Mangala and performed better there. Too close to Vardy in the box in extra time and the touch looked more of a penalty than the one that Bobby Madley gave.

DF Tosin Adarabioyo, 8 — Looked attentive and alert, when asked to face up first to the speed of Kelechi Iheanacho, then the driving force of Vardy. Stood up to the test excellently.

DF Eliaquim Mangala, 7 — In charge of things to start with, using his impressive physique to hold Leicester’s enthusiastic attackers at bay. Had some difficulties countering the speed of old teammate Iheanacho and ended up being taken off after a clash of heads with Vardy.

DF Oleksandr Zinchenko, 7 — Began by giving Marc Albrighton too much space, but showed some nice link-up play with Foden and Diaz when they appeared on the left flank. More troubled by the pace and trickery of Mahrez after the break and probably relieved he did not have to take the fifth and final spot kick.

MF Ilkay Gundogan, 7 — Played a big part in the goal, weaving through the middle to release Bernardo Silva to score. Brought Ben Hamer into action with an attempted chip, but was booked for simulation when falling under challenge from Harry Maguire in the box.

MF Phil Foden, 7 — Brave and nippy at all times, he found little space between Leicester’s defenders, but persevered gamely and revealed a good first touch, even if some of the final passes did not reach their target.

MF, Brahim Diaz, 7 — Made a confident start down the left, showing excellent close control on the flank and good interchanges with both Foden and Zinchenko. Began to experience more difficulty with the close attention from Daniel Amartey in the second period, but is clearly a big talent for the future.

MF Bernardo Silva, 8 — In the thick of things from the off and cleverly played in by Gundogan to score the opener, poked with the end of his toe as time was of the essence as Hamer loomed in front of him. Good tussle with Christian Fuchs but did not always release the ball early enough for the best effect.

FW Gabriel Jesus, 7 — Unselfish in his tireless running, clever in his positional play and a handful for the excellent Maguire to put up with. Week by week revealing different strings to his bow.

DF Kyle Walker, 7 — Replaced Mangala after he clashed heads with Vardy. Immediately in trouble when referee Madley decided his slightest of brushes with Gray warranted a penalty. Stuck at it despite the setback.

MF Tom Dele-Bashiru, 7 — On after 90 minutes to replace Foden in midfield. Reasonably assured.

MF Lukas Nmecha, 7 — On for Brahim Diaz after 87 minutes for a debut that included the nerve-racking third penalty in the shoot-out.

Liverpool’s Van Dijk to see injury specialist amid fears of cruciate knee ligament damage
La Liga kept Messi at Barcelona, but the talent drain to the Premier League is a concern
Lionel Messi made his Barcelona debut 16 years ago today. A lot has happened since then
Man United boss Solskjaer must drop Pogba and De Gea to save his job
Liverpool’s Champions League win over Ajax steadied Klopp’s side after a rocky week