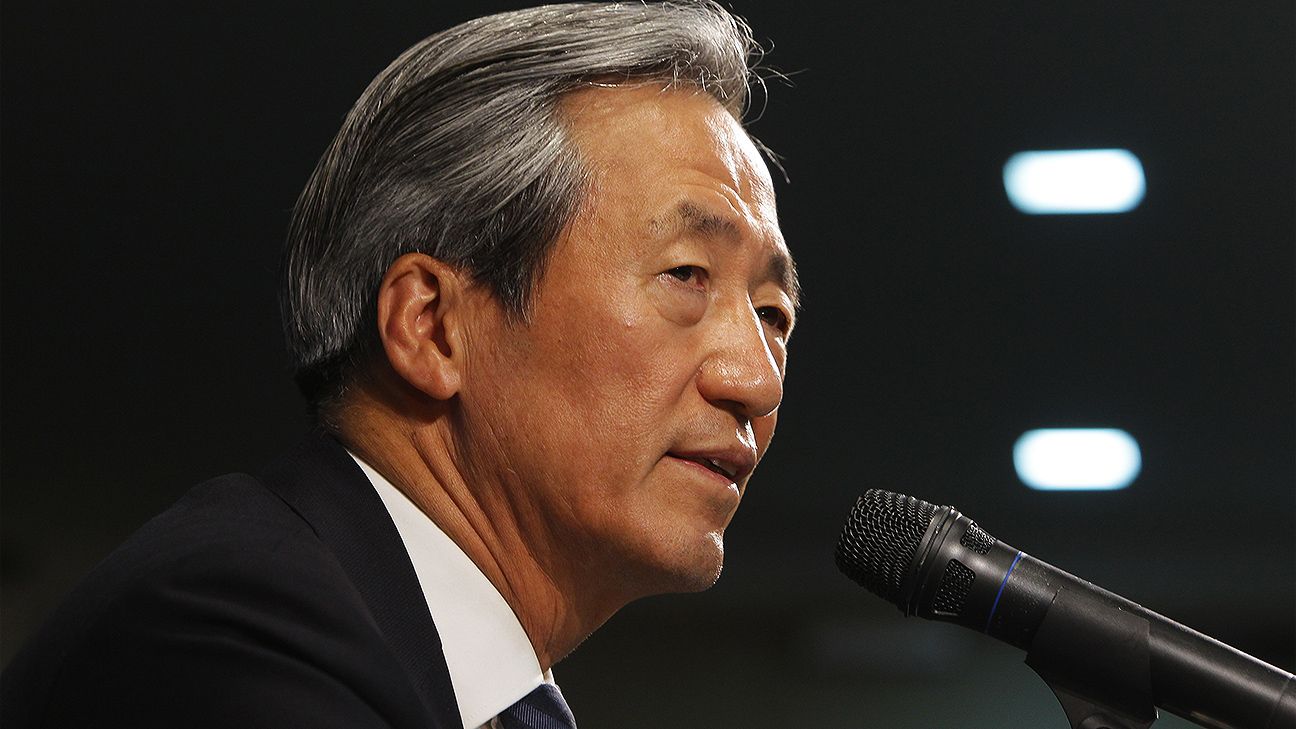 
LAUSANNE, Switzerland — Former FIFA vice president Chung Mong-joon has testified at the Court of Arbitration for Sport to challenge his five-year ban for failing to cooperate with ethics investigators.

The court says a verdict is expected in several weeks.

Chung hoped to be a FIFA presidential candidate to succeed Sepp Blatter when an ethics committee investigation of him was announced in 2015.

He was found guilty of failing to cooperate with a FIFA ethics investigation of the 2018-2022 World Cup bidders, which included his native South Korea.

Chung is a member of the family that owns World Cup sponsor Hyundai. His cousin, Chung Mong-gyu, has since been elected to the FIFA Council.