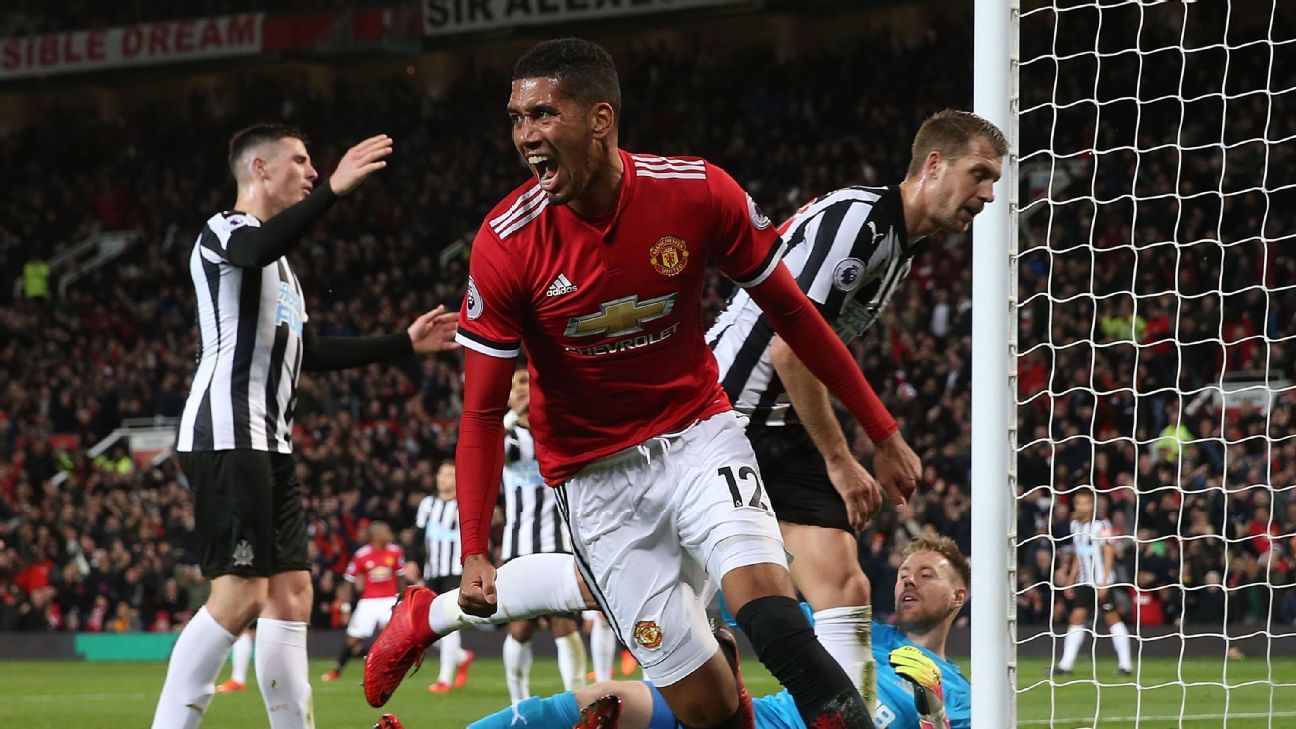 
BASEL, Switzerland — Chris Smalling says he has nothing to prove to Gareth Southgate after his England snub, but feels the Three Lions manager will struggle to leave him out of his World Cup squad if he maintains this season’s form.

Smalling was axed for England’s friendlies against Germany and Brazil earlier this month with Southgate explaining he wants defenders in his squad who “use the ball from the back.”

But ahead of Manchester United’s Champions League tie with Basel in Switzerland on Wednesday, the 27-year-old hit back.

He told a news conference on Tuesday: “Was I surprised? Yes, I was.

“But you don’t play for one of the biggest clubs in the world for as long as I have and probably won the most trophies bar the Champions League without being able to do everything a top defender needs to do, be it playing or defending.

“I don’t really feel like I need to prove anything to Gareth. Like I said, I play for one of the most successful managers in Jose [Mourinho] and he’s only going to pick the best players.

“While I’m playing regularly and he’s happy, I think, if my season carries on like this and we have a successful season and our team continues to concede very few goals, then I think it gives him maybe no choice in the summer but to pick me.”

Smalling — who has 31 caps and was part of England’s 2014 World Cup and Euro 2016 squads — has started United’s last 10 games, but was left out by Southgate this month in favour of John Stones, Gary Cahill, Phil Jones, Michael Keane, Harry Maguire and Joe Gomez.

United have the best defensive record in the Premier League this season, while Dwight Gayle’s goal for Newcastle on Saturday was the first they have conceded in the league at home since April.

Smalling, into his eighth season at Old Trafford where he has won five major trophies including two titles and the Europa League, added: “This year, as a team, we’ve got the best defensive record and we have done for the last few years and I’m very proud to be part of that. While I’m playing under Jose and he’s happy and I’m playing regularly, then I’m happy with that.

“I play for one of the biggest clubs and under one of the most successful managers in Jose and as long as that’s the case, I think, ultimately, it’s your club form that decides whether you play at a World Cup because there aren’t many England games throughout the season.

“While I’m playing regularly here and part of a very successful team I think that should show come the summer. I think I can use every game that I play for United, whatever cup it is. With United there is always spotlight on it and there’s always going to be that pressure, no matter what the game is. Whether it’s the Premier League or the Champions League, I think I can showcase my abilities.”

Mourinho confirmed Smalling will start against Basel at St Jakob-Park on Wednesday, where United need a point to confirm top spot in Group A.

The United manager joked that he does not want Smalling to win back his England place after losing Jones to injury during the last international break.

As well as Jones, Eric Bailly and Michael Carrick have not travelled to Switzerland because of injury, while Antonio Valencia and Ashley Young have been rested.

Mourinho said: “I hope he doesn’t get his spot because somebody comes back injured, he back comes injured, Jones back comes injured, and real injuries, because there are other injuries where the players cannot play on the Wednesday and are perfect for the Saturday.

“Smalling is playing all the time and well and tomorrow plays again. We don’t have Jones, we don’t have Eric Bailly again, so Smalling has to play every match and well, that we can say.”