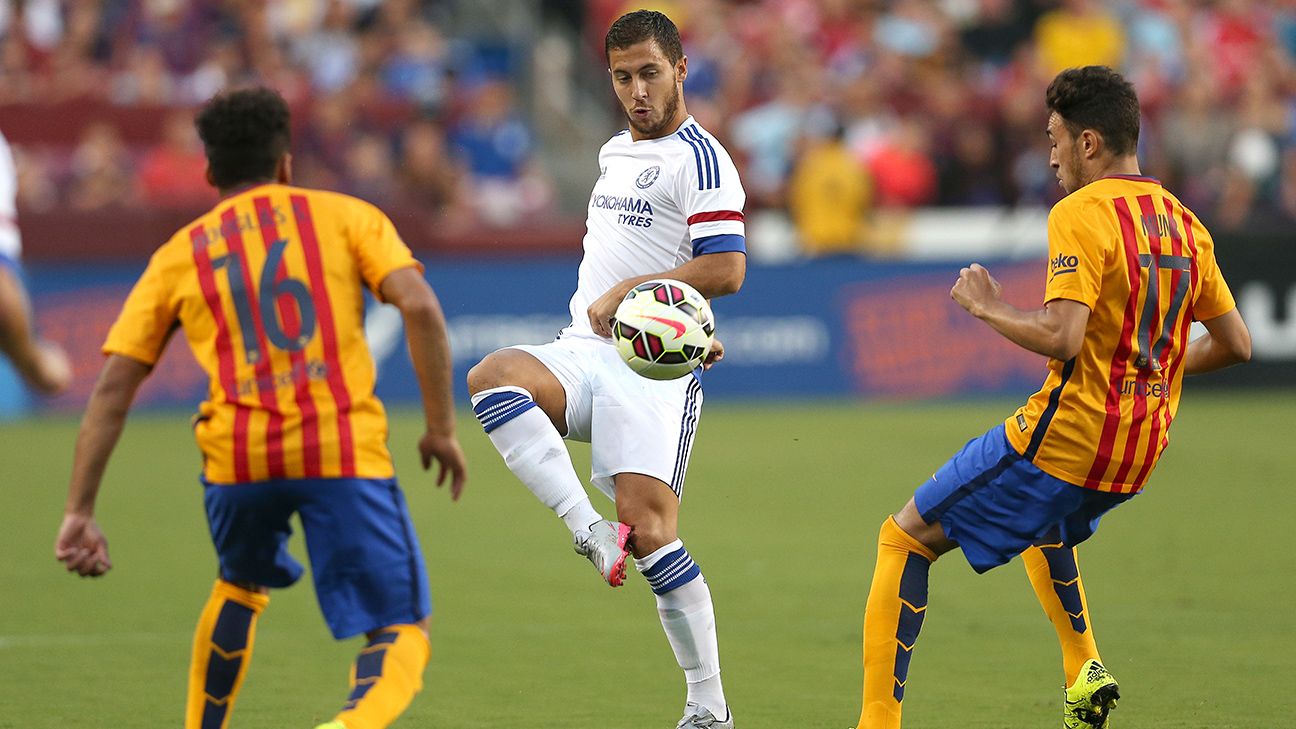 
If Chelsea wanted to know how costly failing to finish top of Champions League Group C would be, they got their answer on Monday morning. When the draw for the round of 16 was made in Nyon, Xabi Alonso selected the ball that announced that the Blues would once again be pitted against their old foes Barcelona.

To be fair, at that stage of the draw there were only two options remaining for Chelsea, though the possibility of a more benign tie against Besiktas still lingered. The real disappointment, however, had come moments earlier when the team that pipped the Londoners to top spot, Roma, were drawn against Shakhtar Donetsk. Those glaring late misses by Alvaro Morata and Willian in the home match against Atletico Madrid were made to look even worse by the end of proceedings at UEFA HQ.

And yet while everyone seems to be writing Chelsea off, there are grounds for optimism. For starters, the Champions League is supposed to be about glamour, especially the knockout stages. Without meaning to denigrate Shakhtar or Besiktas, a tie with either of them would hardly have set pulses racing. Barcelona, meanwhile, are about as glamorous as you can get with the arguable exception of a Paris Saint-Germain team boasting the two most expensive players in history.

Chelsea also have a very respectable record against the Catalan giants. The clubs have met in competitive scenarios on 15 prior occasions with the bragging rights as evenly split as possible with five wins apiece and five draws, all except three of those matches taking place in the Champions League. The other three were contested in 1966 in the Fairs Cup, the first incarnation of what has evolved into the Europa League.

More pertinently, the Blues are unbeaten in their last seven matches with Barcelona. Only two players remain on the playing staff since the last meeting with them in 2012, though with the former being carried off after just 12 minutes and David Luiz unable to feature at the Camp Nou due to injury, there will be few positive personal memories for the Chelsea’s players to fall back on.

The very sight of the royal blue shirt, however, might just cast the slightest doubt in the minds of Ernesto Valverde’s men. It certainly seems to affect Lionel Messi. The dazzling Argentine might just be the greatest to have ever graced a football pitch but he is yet to score against the Premier League champions in eight previous attempts. Chelsea, it appears, are Barcelona’s bogey team.

Chelsea have not exactly had the most helpful fixture list surrounding their Champions League adventure this season with their first five matchdays preceded by an away league fixture. Thankfully, the games leading up to both legs of the tie with Barcelona see Chelsea playing at home against opposition that they would expect to beat — West Bromwich Albion and Crystal Palace.

Although Chelsea will still be scrapping for a top-four finish, Antonio Conte should at least feel comfortable enough to rest his key players ahead of each clash with the leaders of La Liga. The one downside to the fixture list is that in between the two legs, Chelsea face challenging trips away to Manchester United and Manchester City so they won’t be able to put all their eggs in the Champions League basket.

For such optimism to remain when the tie arrives in February, Chelsea will clearly need to be playing well so a run of good form in the league will be vital for confidence, whoever is selected. Play like they did in Saturday’s 1-0 defeat at West Ham and they won’t just be defeated by Barcelona, they will be humiliated.

Despite an excellent recent set of results domestically, this season has seen some erratic performances and damaging results. Predicting the outcome of a Chelsea match has been a thankless task. Becoming boringly consistent in a winning vein is the target for Conte and his men over the next two months. And barring injuries, there is no reason why a combination of the manager’s tactical acumen and the stardust within in his own side cannot give the Catalans a real test.

But whatever the state of affairs, the memories of past jousts with Barcelona will keep everyone in the crowd full of hope, if not quite expectation. Stamford Bridge lives for nights like this and, unlike the majority of matches there these days, all four sides of the ground will be rocking under the floodlights.

Eden Hazard vs. Lionel Messi, N’Golo Kante vs. Andres Iniesta, Chelsea vs. Barcelona. Does anyone still want to play Besiktas?