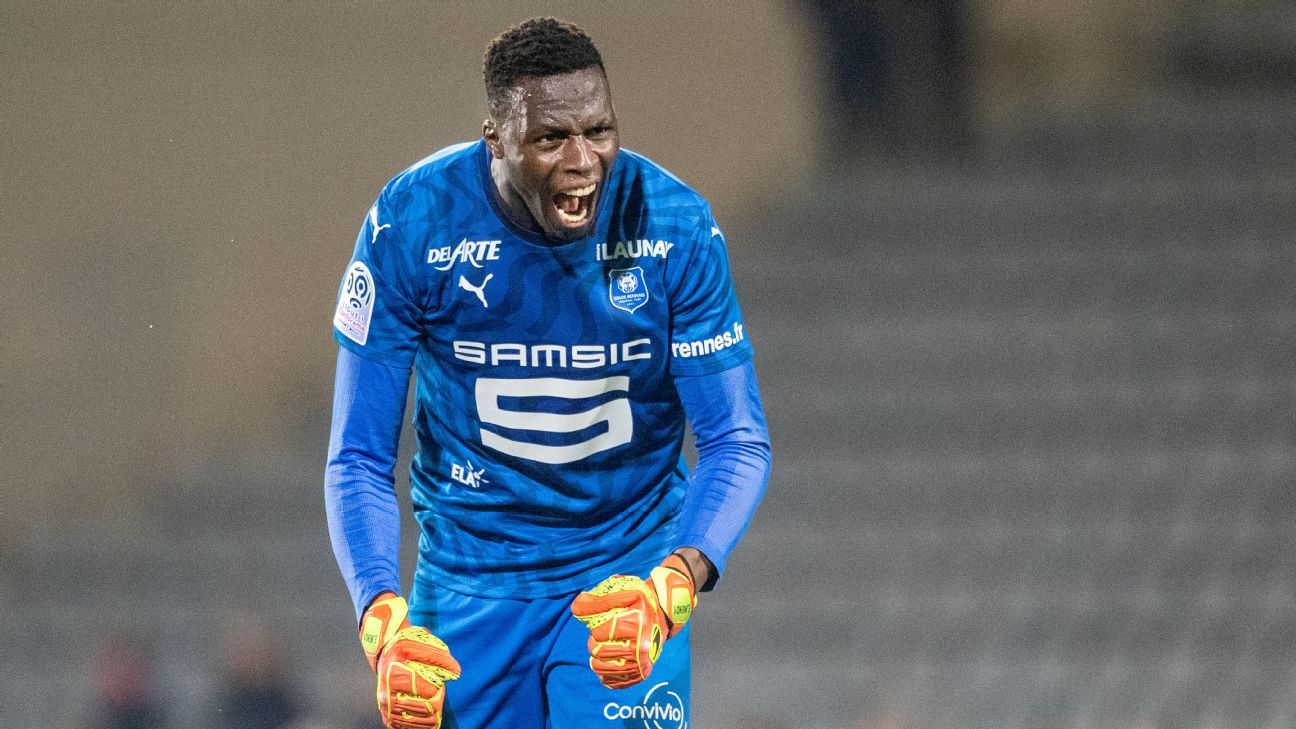 
Chelsea have announced the signing of goalkeeper Edouard Mendy from Rennes on a five-year contract.

The 28-year-old leaves Rennes after spending one season with the Ligue 1 side, whom he helped finish third and qualify for the Champions League.

“I am so excited to be joining Chelsea,” he said. “It’s a dream for me to be a part of this exciting squad and to work with Frank Lampard and all of his coaching staff. I look forward to meeting my teammates and can’t wait to get started.”

Mendy’s arrival will increase the pressure on Kepa Arrizabalaga following his mistake in Sunday’s 2-0 defeat to champions Liverpool in the Premier League.

“As soon as Petr Cech and our technical team identified Edouard as the most suitable goalkeeper to complement our existing group, there was only one player we wanted to bring in,” Chelsea director Marina Granovskaia said. “Edouard arrives following a season of real success with Rennes, he is ambitious for more, and we welcome him to our club.”

Mendy made 33 appearances in all competitions during the 2019-20 season, keeping 13 clean sheets and helping Rennes to the joint-second-best defensive record in the league.

Everton, Liverpool, VAR serve up Merseyside derby with everything … except fans
Tottenham’s lack of ruthlessness hurt them vs. West Ham and will stop them competing for trophies
Bale set for Tottenham start vs. West Ham, ‘a different player’ than at Real Madrid
Messi not at his best this season
Lewandowski, Modric, Kaka and the biggest misses from the Ballon d’Or Dream Team