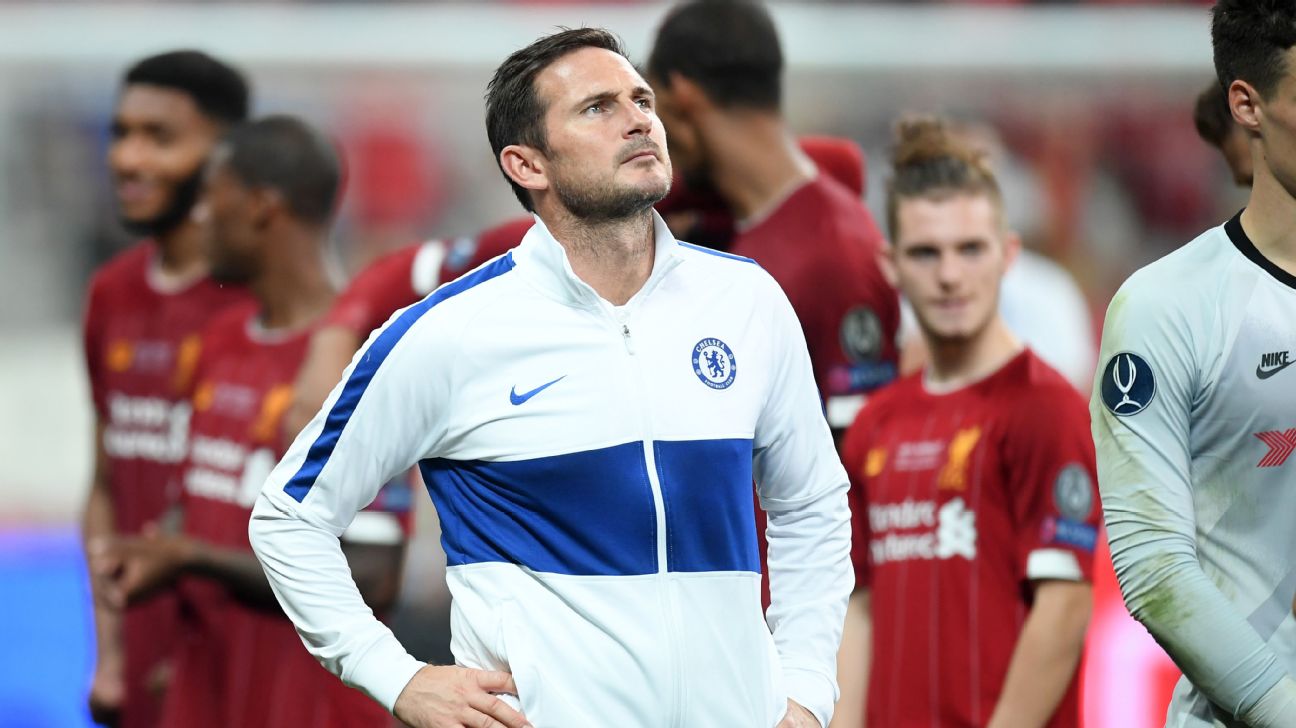 
Chelsea suffered a penalty shootout defeat to Liverpool in Wednesday’s UEFA Super Cup but manager Frank Lampard praised his team’s performance in a game which ended 2-2 after extra time.

Lampard’s team had suffered a 4-0 defeat at Manchester United on Sunday in Lampard’s competitive debut on the bench after taking over from Maurizio Sarri in July, but the former England midfielder said his players had responded in the right way.

“After Sunday, tonight was another level, and we were unlucky not to win. We’ve got three games now till the international break and we’ll try to win them all,” said Lampard, whose team host Leicester City in the Premier League on Sunday. “Chelsea’s season will be a good one if we play something like we played today.

“I’ve got nothing but pride in the team and the performance, and confidence in what that means. It was a tough game against a good Liverpool team that [played on Friday and] had extra time to recover after the weekend. But sometimes football comes down to little moments of luck.”

Lampard was quick to praise the contributions of two of his younger players, who have returned to the club after loan spells in the second-tier Championship, given the transfer ban which stops Chelsea from bringing in new players.

“Mason Mount and Tammy Abraham added an extra dimension when they came on, and were unlucky not to score. Tammy needs to keep his head up because that’s part and parcel of being a top player,” he said after the striker missed the decisive final penalty.

But while much focus has been on Chelsea’s youthful contingent, Lampard said there had been strong performances across the field.

“People keep talking about the young players at Chelsea. Let’s talk about Jorginho and [N’Golo] Kante, and I could name a few others. We’ve got a quality bunch in there, a really good group, and we’re working hard,” he said.

“I’m trying to instil the way I want to play and there were so many good things tonight.

“Kante is an amazing player, amazing character. He’s a machine on the football field. He hasn’t trained much, had a swollen ankle two days ago, but he was desperate to play and you saw what he gave to the team today. He will be hugely important. I am delighted to work with him.”