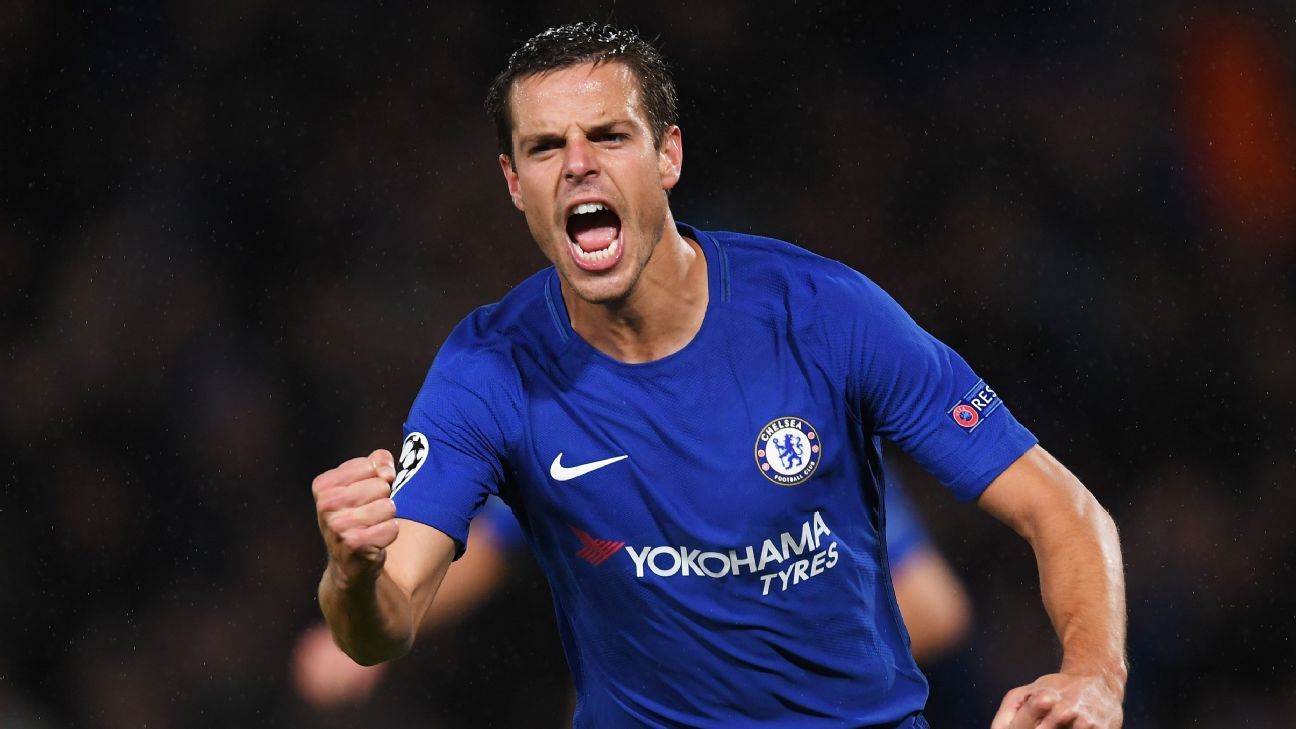 
Cesar Azpilicueta is not in the Chelsea starting XI to face Swansea City on Wednesday, breaking a run of 74 straight starts in the Premier League.

The full-back has played every minute of every league game under Antonio Conte, but was only on the bench at Stamford Bridge for the midweek game.

The last time he was on the bench for Chelsea in a Premier League game came on Dec. 5, 2015, against Bournemouth in Jose Mourinho’s second-to-last league game in charge.

Antonio Rudiger takes Azpilicueta’s place as Conte made four changes from the side that drew with Liverpool on Saturday, with Pedro, Willian and Cesc Fabregas also coming into the team.