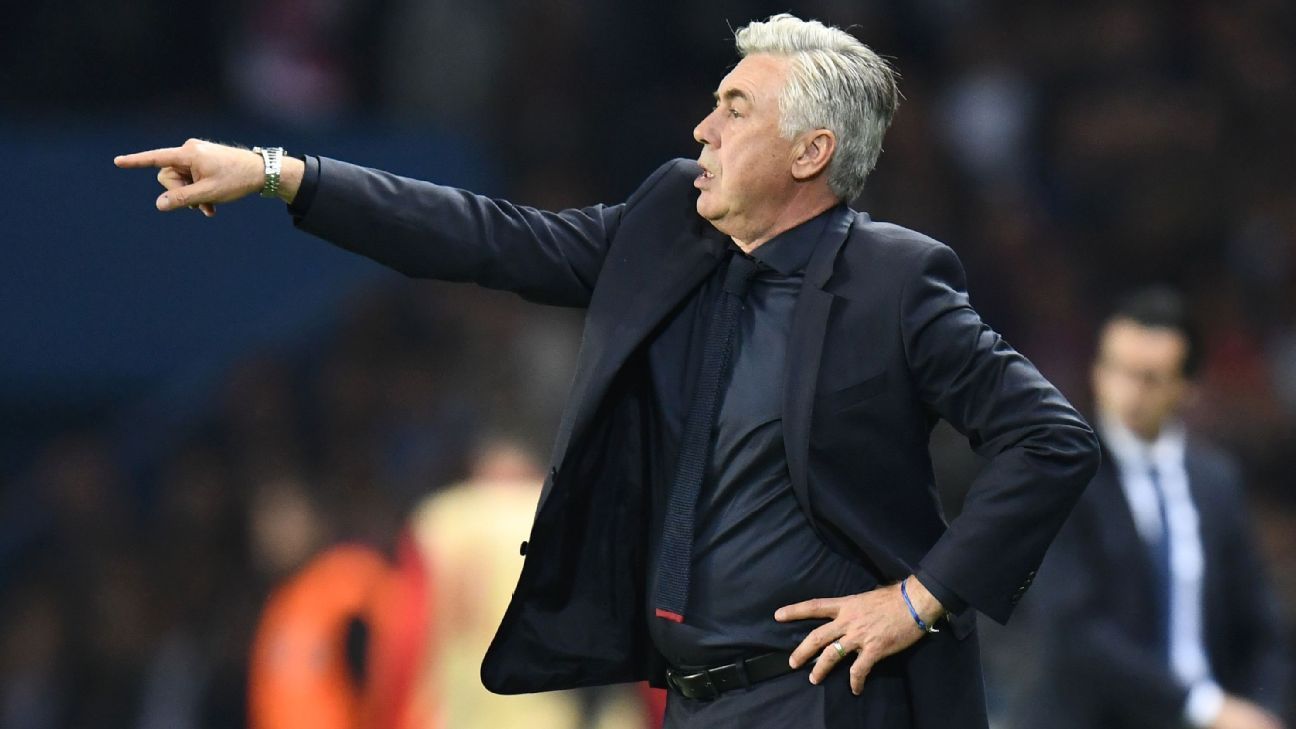 
Carlo Ancelotti has turned down an approach from the Italian Football Federation (FIGC) to become the new Italy coach as he would prefer to find a job at club level.

The 58-year-old Italian is currently out of work after being sacked by Bayern Munich earlier this season and he had emerged as the favourite to succeed Gian Piero Ventura after he was dismissed following Italy’s failure to qualify for the World Cup.

Ancelotti told RAI television on Sunday that he has been sounded out by the FIGC about the Italy job, but he is not interested.

“The FIGC has contacted me to become coach, but I don’t want to change my occupation,” Ancelotti said. “For me, it would be a dream to sit on the bench of the national team, but to be a head coach of a club is one thing, coaching the national team is another.

“I want to coach a club again. I’m honoured and proud by the fact that my name has been linked with the Italy job, but I prefer to stay in club football and I’m certainly not the person to resolve Italian football’s problems.”

Ancelotti, who says he could see Vincenzo Montella becoming Italy coach, has also been linked with a return to AC Milan, who are struggling this season despite investing heavily in new players in the summer.

Gennaro Gattuso has taken over Milan after Montella was sacked, but is not regarded as a long-term solution, even if Ancelotti denies he has already been put on alert to return to his former club next summer.

“I’ve been linked with everything over the past few months,” he said. “I’d like to return to Italy and my past speaks for itself, but I’ve not had any contact with the Rossoneri.”

Ancelotti added that Gattuso should take the opportunity he has been given to show what he is made of.

“The one thing I would tell him is that you are better off failing having tried your own ideas than failing having used other people’s,” Ancelotti said. “I’m always against sacking the coach, but I think that whoever takes over has no responsibility because the blame will always be given to who was there before. Milan need patience and they need to persevere, but it’s difficult to be patient at a time like this.”

Gattuso drew his first game in charge at bottom-placed Benevento on Sunday, with the Serie A strugglers picking up their very first point of the season in a 2-2 draw thanks to a last-gasp equaliser from their goalkeeper Alberto Brignoli.