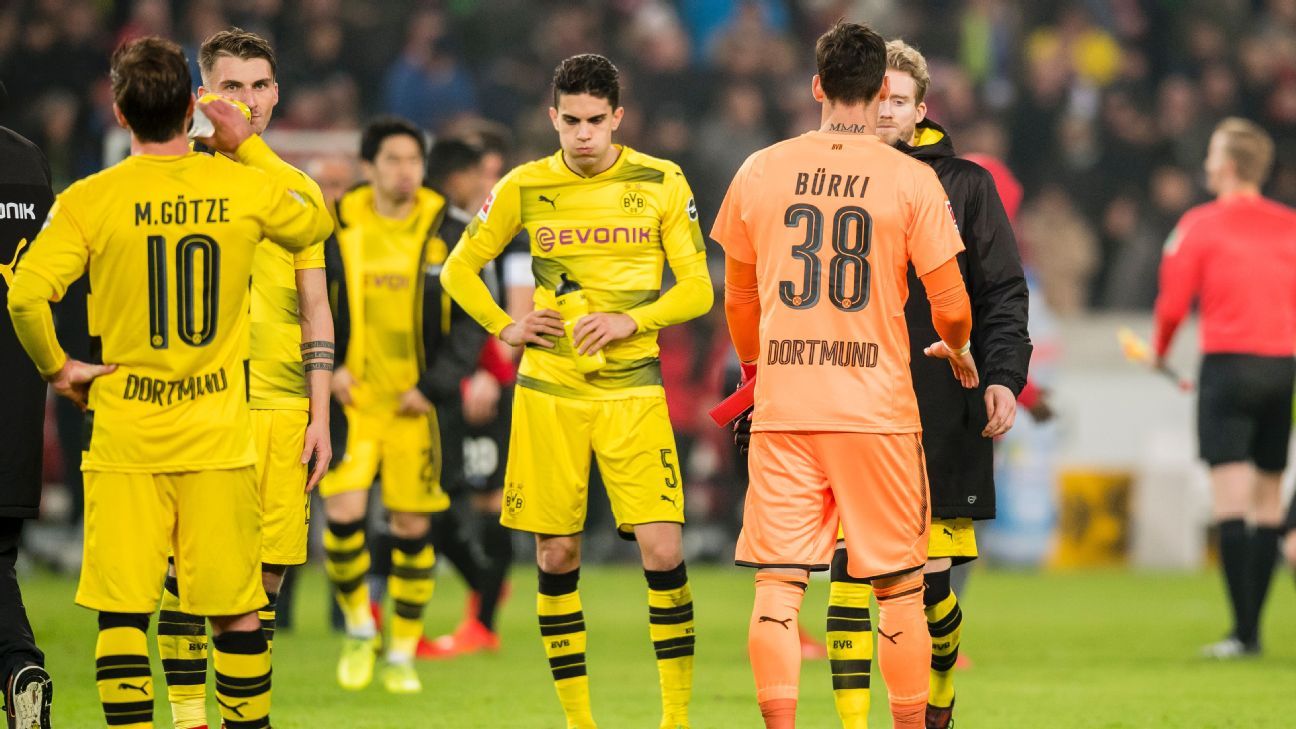 Dortmund have not won a Bundesliga match since late September — form that has seen them drop from first to fifth in the table — while they are already out of the Champions League with just two points from five matches.

On Saturday they host local rivals Schalke, currently second to Bayern Munich in the Bundesliga, and Watzke has urged under-pressure coach Peter Bosz and his players to stop the rot against their neighbours.

“Peter Bosz is in office,” Watzke told Bild, avoiding answering what would happen should BVB lose. “Of course, the derby is a very special for us. That’s why I expect courage, determination and fighting spirit from our team. The derby is the big chance for us to achieve the turnaround.”

Former Dortmund boss Ottmar Hitzfeld has backed Bosz and said he is not interested in returning to the club he coached to back-to-back titles and the Champions League in the 1990s.

“I still think it’s an exciting project with Peter Bosz. The good start to the season has shown that it can work out,” Hitzfeld told Bild. “And with three points in the derby the black and yellow world will look completely different with just one stroke.

Despite pressure mounting on Bosz, who has in recent weeks been criticised for his stubbornness, he decided not to change his usual plans and granted his players a free day on Thursday.

Burki was substituted with facial injuries in Tuesday’s 2-1 Champions League loss to Tottenham, and faces a race against time to return at the weekend.

“It would be something very special to play one more derby at our stadium,” Weidenfeller, Dortmund’s longest-serving player, told kicker. “Even more so because through my long career at the club I know about the importance of the match.”

The former Germany international has played in 23 derbies against Schalke so far, and has won and drawn seven of them, while losing nine.

He added: “I have my fingers crossed for Roman [Burki] that he will return to full health.”

Schalke, meanwhile, have been handed an injury boost with the return of midfielder Leon Goretzka.

The Germany international had been sidelined with lower leg problems in recent weeks, but now “feels good and has no pain,” Schalke head coach Domenico Tedesco told his prematch news conference.

Tedesco added: “We must not lose our compactness [against Dortmund], want to run a lot and have certain ideas how we want to act when in possession. And we must certainly not be cocky because of the Bundesliga standings or what happens in the stands.”