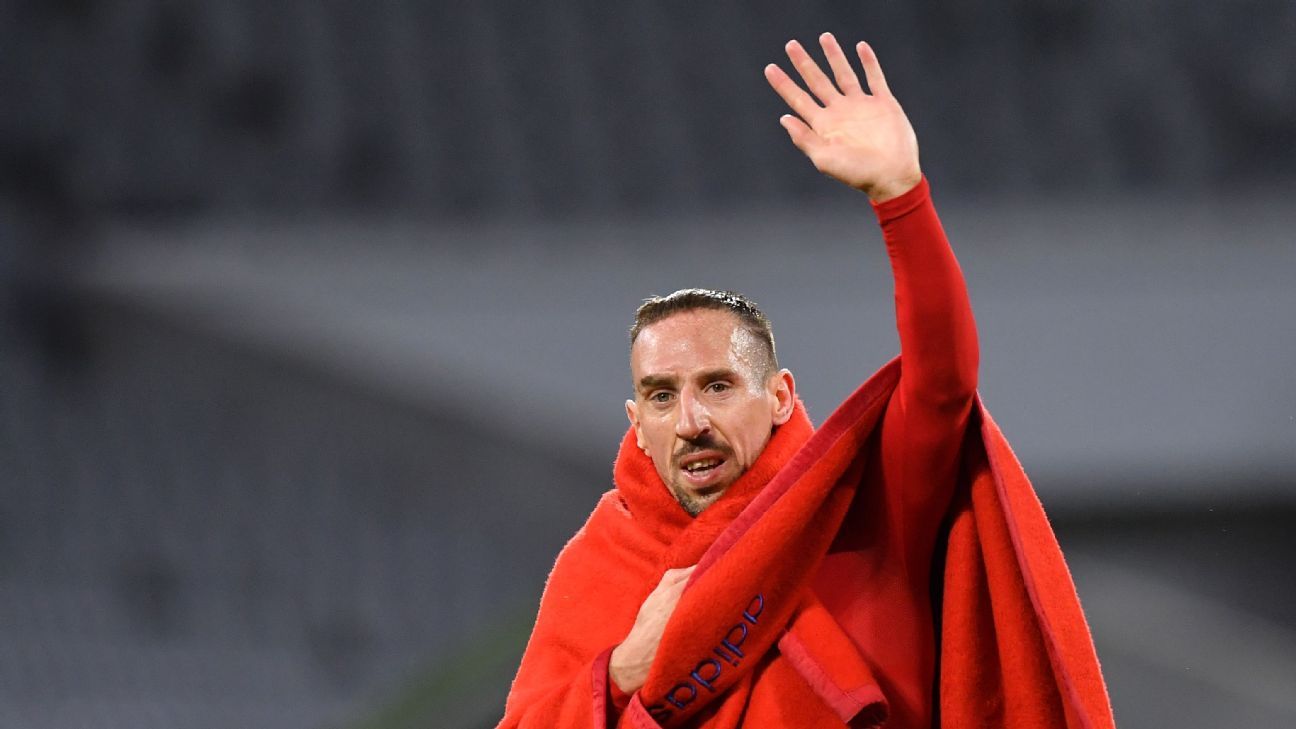 
Franck Ribery is flattered by Xavi Hernandez’s plea to join him in Qatar but said he has “many options” as he enters the final months of his contract at Bayern Munich.

Ribery is Bayern’s longest serving player, having arrived from Marseille in 2007. The 34-year-old’s current one-year deal expires this summer and he has said he is open to a move to MLS, China, Qatar or Dubai when his time at the German champions comes to an end.

“I still have time with five months remaining here but there are always many options,” Ribery told reporters after scoring a hat trick as a second-half substitute in the 5-3 friendly win against third-division Sonnenhof Grossaspach in the Allianz Arena on Tuesday.

Former Spain international Xavi had urged Ribery to follow him to Qatar at the end of his present contract.

“Xavi Hernandez is a great player, who performed unbelievably at Barcelona. He knows my situation and I am pleased that he speaks so highly of me,” Ribery had told Bild earlier in the day.

“I turn 35 in April but it’s crazy how well I can play when I am healthy. I am happy at Bayern though so we will see what happens in the coming months.”

Following a winter break, Bayern return to Bundesliga action with a trip to fourth-placed Bayer Leverkusen on Friday.

Ribery added after the friendly win: “Friday is what counts. Leverkusen will be a different game and a difficult one. We have to win there.

“It’s nice that we are a few [11] points ahead but we have to stay at it and do the job in Leverkusen. We haven’t won anything yet. We have to go on the attack again in the second half of the season.”

Commenting on his second-half hat trick, he said: “It was only a friendly but you have to play for yourself, irrespective of who the opponent is. I am pleased with how I have come back from my injury. That’s good for me but also for the team too.”