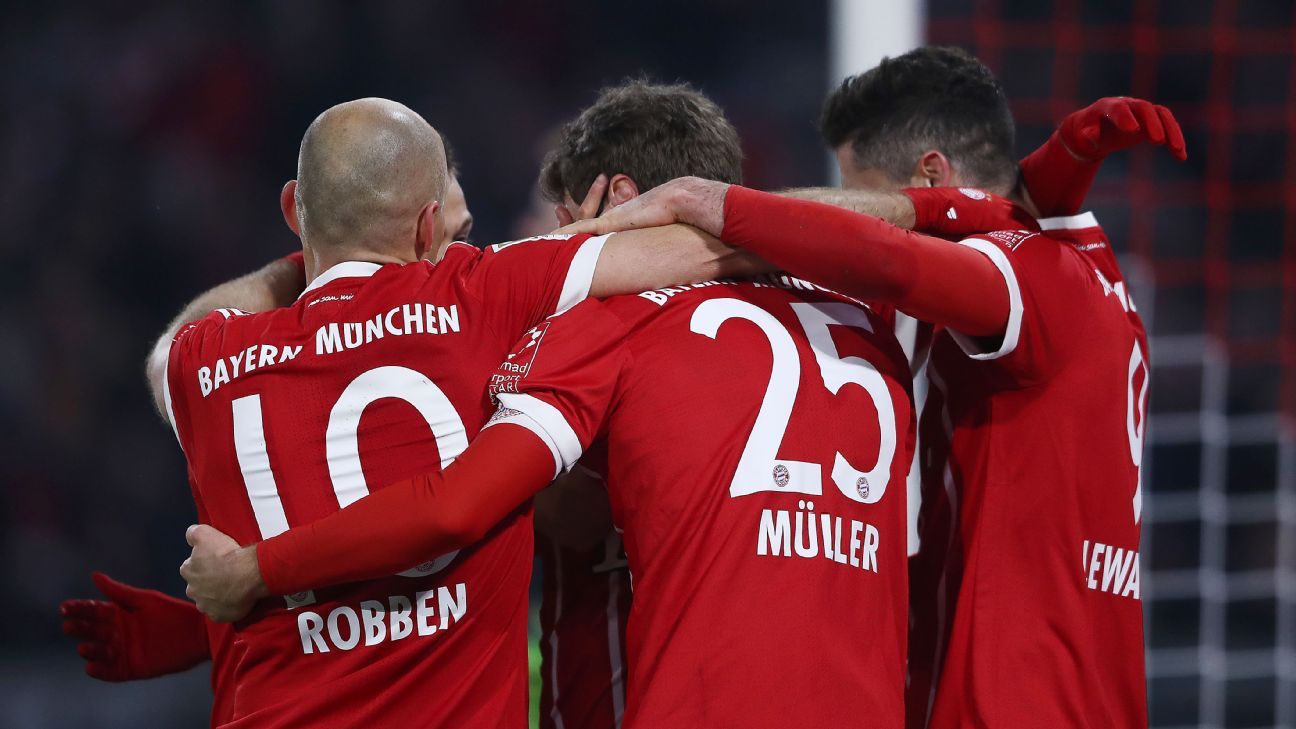 Robert Lewandowski equalled a 45-year record as Bayern Munich’s march towards another Bundesliga title continued with a 2-1 win against Schalke.

Breel Embolo’s early shot forced a fine save from Bayern goalkeeper Sven Ulreich, but the champions were quick to respond.

Muller’s long-range effort was parried by Schalke goalkeeper Ralf Fahrmann, but Lewandowski pounced on the rebound to tap home.

Defender Thilo Kehrer headed just wide for Schalke soon after and Lewandowski went close with his header as the early action ebbed and flowed.

The visitors equalised in the 29th minute when Di Santo fired home a low angled shot from the left side of the box into the bottom corner.

But parity was short-lived as Muller restored Bayern’s lead with a brilliant finish from the tightest of angles after being set up by Arjen Robben.

Naldo blazed over for Schalke in first-half stoppage time before a comparative lull in the action followed after the restart.

Embolo was denied by another fine save from Ulreich midway through the second half and Lewandowski skewed a right-footed shot off target as clear-cut chances dried up.

Kingsley Coman went close to a third for Bayern in time added on after being teed up by Muller but his drilled effort from the left edge of the area was well saved by Fahrmann in the bottom corner.

Bayern’s 12th straight win in all competitions restored their 18-point lead at the top of the table, while Schalke have won only one of their last seven in the Bundesliga.