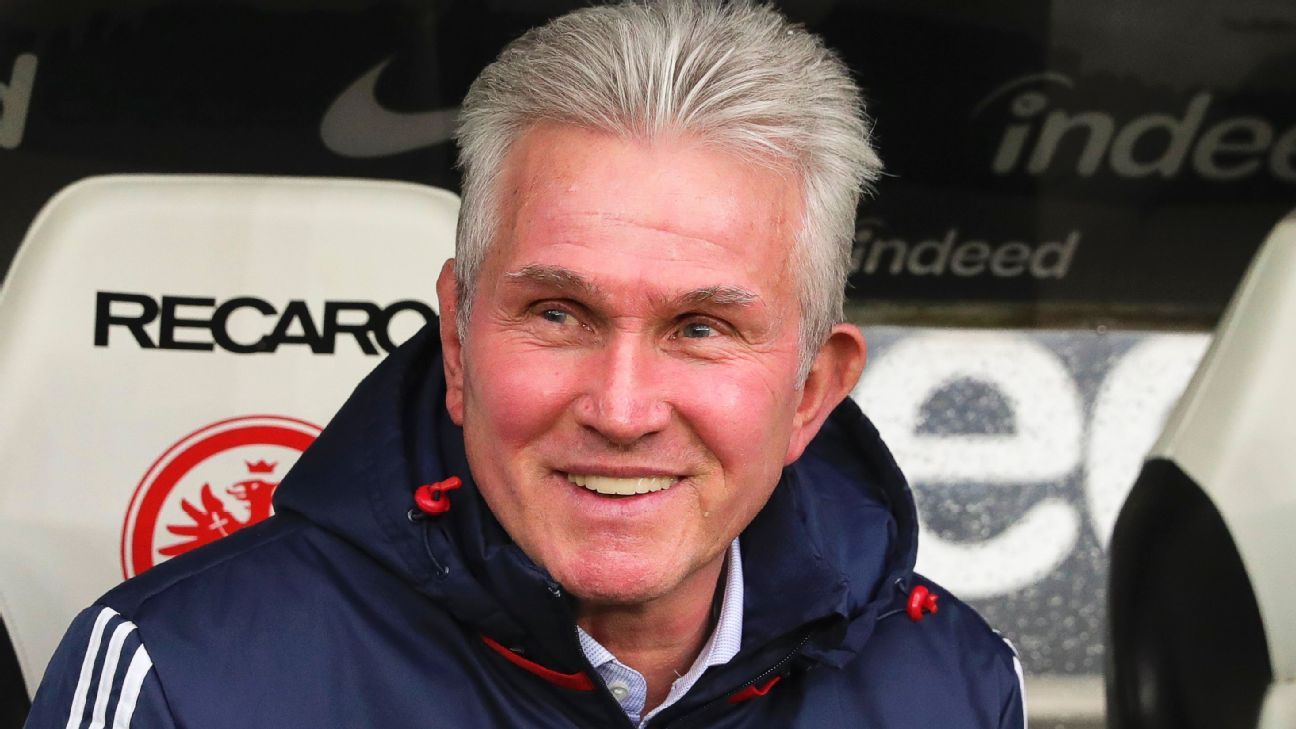 
Bayern Munich’s hierarchy are stepping up their bid to convince interim coach Jupp Heynckes to extend his stay at the club beyond the summer.

Heynckes took over until the end of the campaign following the sacking of Carlo Ancelotti in September, with the upturn in form he has achieved leading to calls for his stint to be extended. However, Heynckes, 72, has previously ruled out an extension beyond June, despite his close friend and president Uli Hoeness’ best efforts to persuade him to stay on.

But CEO Karl-Heinz Rummenigge has said Bayern haven’t given up hope of convincing Heynckes to remain for another season.

“Uli Hoeness is undertaking a charm offensive for us and if I’m honest I totally support it,” Rummenigge told Sky.

“We would be ill-advised to let this man, who is not only a great trainer but a great person as well, go without a fight. We will not do that. I would not rule out Jupp Heynckes in the end sitting on our bench on 1. July.”

Chasing a sixth consecutive Bundesliga title, Bayern languished five points behind Borussia Dortmund when Heynckes took over in October, but have since cruised 13 points clear at the top of the table. Treble-seeking Bayern have also progressed into the DFB Pokal quarterfinals after victories against Dortmund and Leipzig (in a penalty shootout). And Bayern face a very winnable last-16 tie against Besiktas in the Champions League next month.

Rummenigge paid tribute to Heynckes’ achievements since returning for a fourth term in charge.

“He is a highly qualified coach. Jupp is the key man in what we have achieved — winning 16 out of 17 games. Every one of our players loves him and all the other people at the club as well,” he said.

Rummenigge indicated that Heynckes would be involved in the club’s decision-making process even if he does continue to reject Bayern’s advances.

“We will get together with Jupp and discuss hiring a German successor. He can perfectly analyse every coach in the world, but the ideal German candidate remains Jupp Heynckes.”