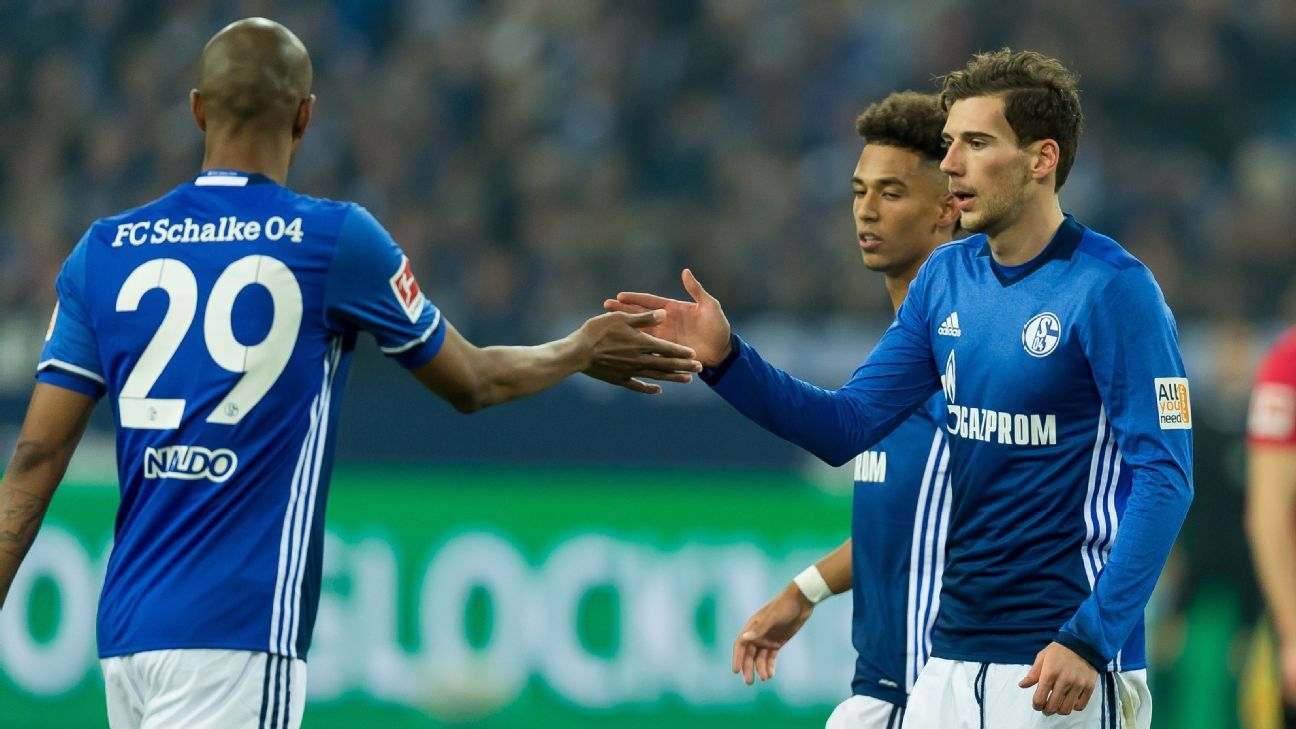 
MUNICH – Bayern Munich boss Jupp Heynckes has said the club have ruled out signing Leon Goretzka this month after Schalke hinted that they would be willing to allow the Germany international to leave immediately.

Schalke, who drew 1-1 with Hannover on Sunday, announced before the weekend that Goretzka will join Bayern in the summer on a four-year contract.

He added: “When Karl-Heinz Rummenigge [Bayern CEO] calls, Christian Heidel [Schalke’s sporting executive] will answer,” but also indicated that if the situation “had a negative effect on the team, then it could be that Leon sits in the stands until the end of the season.”

Goretzka was included in Schalke’s starting XI in the draw, but was jeered off when replaced by U.S. youth international Weston McKennie on 64 minutes.

Schalke fans also vented their anger with a series of banners inside the stadium, accusing Goretzka of “letting down 1000 friends in favour of emotionless titles and shallow twits.”

Another one read: “Neither money nor titles are more valuable than our club. Whoever doesn’t appreciate that can p— off immediately.”

“Neither money nor titles are more valuable than our club. Whoever doesn’t appreciate that can p— off.”

But Bayern have dismissed signing Goretzka prematurely and insist, despite the unrest, that he will give his best for the Royal Blues until the end of his contract.

“I believe the situation will calm down. Leon has good character and has always showed the correct attitude on the pitch — always giving his all for his side,” Heynckes said at a postmatch news conference following Bayern’s 4-2 win over Werder Bremen.

“I expect him to do that until the summer when he joins Bayern on a four-year contract — and that’s the way we will proceed and not in any other way.”

Bayern’s sporting director Hasan Salihamidzic echoed this sentiment: “I am sure he will give everything for Schalke until the summer. We have made our plans with this squad and it will stay that way.”

Heynckes also criticised Tonnies for his reaction to Goretzka’s decision.

He said: “Leon is a very young player, who has built a good career at Schalke over the last four and half years, becoming a German international and, as a result, became an interesting target for major international clubs, including Bayern.

“Of course, you are going to be disappointed when an important and valuable player moves clubs. But I repeat, he’s a young player and you cannot react so emotionally.”

Meanwhile, Heynckes hailed the “amazing” James Rodriguez as the reigning champions moved 16 points clear in the Bundesliga with the come-from-behind win against lowly Bremen.

Two goals apiece from Thomas Muller and Robert Lewandowski turned the game around after Jerome Gondorf had fired the visitors into a shock lead on 25 minutes.

Muller equalised four minutes before the break, chesting down a long through ball from Jerome Boateng before unleashing an unstoppable shot past Jiri Pavlenka in the Bremen goal.

On his return to the starting lineup after injury, Lewandowski enjoyed a quiet opening half, but exploded into life with two second half headers to take his tally to 17 Bundesliga goals in 17 starts this season.

The Poland captain fired Bayern ahead just after the hour mark following an exquisite James delivery from a corner before Niklas Sule’s own goal restored parity at 2-2 with a quarter-hour remaining.

Lewandowski nodded Bayern ahead immediately from the restart from an inch-perfect Muller cross, before the Germany international reached a century of Bundesliga goals from another cute pass from James to put the result beyond any doubt.

Heynckes paid tribute to the Colombia international’s contribution since arriving on a two-year loan deal from Real Madrid last summer.

“Overall James has developed very well at Bayern,” he said.

“He has not only become a regular in the team but also provides impetus to our play. Not only that, he is ready to fight and run for the team.

“He has fantasy and is an amazing player.

“Today he was very good but he can play even better, like the rest of the side for that matter. But that sets Bayern apart that we have the players to decide these sorts of games.”

The result was probably a mere formality once Muller found the net as Bayern have never lost in 78 games when their captain has scored in a run of 74 wins and four draws.

Heynckes said: “Thomas Muller proved his goal scoring instinct once again, while you could clearly see in the first half that Robert Lewandowski hadn’t played for six weeks, but he has so much class that he makes the most of such service and score goals.”