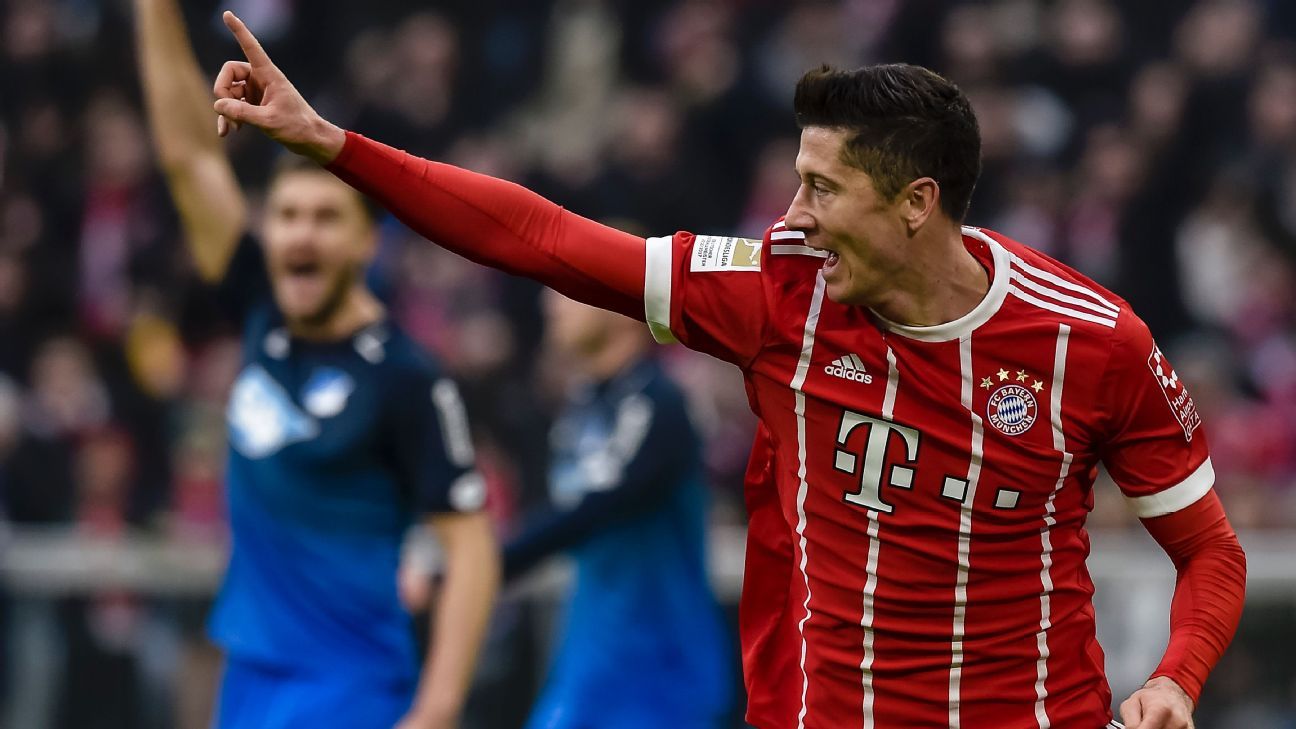 
MUNICH — Robert Lewandowski has remained coy on his Bayern Munich future after recent reports in Spain have rekindled links of a move to Real Madrid.

Lewandowski, 29, is under contract with the Bundesliga champions until 2021, but has previously been linked with a move to Madrid after one of the striker’s agents told Der Spiegel that talks with the Spanish club had taken place.

On Thursday, Lewandowski declined to address the reports when asked at a news conference.

“I know the situation really well because every year we have this speculation,” Lewandowski said. “I have to say I’m not interested in these rumours. I don’t have anything to say on speculation nor rumours.”

Marca reported that Lewandowski’s agent, Cesary Kucharski, was in regular contact with the Madrid hierarchy and suggested that Kucharski had “offered” the player to the Champions League holders.

However, Lewandowski said the report is merely “the next rumour” before saying, “I don’t have any idea if my agent has spoken to Real Madrid.”

The striker was offered a world-record salary in excess of €40 million per year from an unnamed Chinese club last year, according to his agent, before opting to remain at Bayern, whom he joined on a free transfer from rivals Borussia Dortmund in 2014.

Lewandowski racked up his second successive 30-goal season at Bayern last term, but bemoaned a lack of support in the race to finish ahead of Dortmund’s Pierre-Emerick Aubameyang as the Bundesliga’s top scorer.

The Poland captain admitted he lacks the “added motivation” of fighting with the now-Arsenal striker for the top scorer’s prize, which he won in 2014 and 2016.

However, he said: “I’m in a good position to become Bundesliga top scorer. My target is a minimum 30 goals.”

As for the club’s efforts to convince interim coach Jupp Heynckes to stay on for another season, Lewandowski said that’s between Bayern and Heynckes.

“At the end of the day, Jupp has to decide what he wants to do,” Lewandowski said. “He has already showed what he can do with this team. We have to respect his decision. I don’t have a bad word to say about Jupp — I like him.”

Bayern face Besiktas in the Champions League round of 16 later this month and Lewandowski warned against underestimating the Turkish champions.

“We have to remember last season,” he said. “I often heard we were one of the top favourites to win. Despite playing well against Real Madrid, we couldn’t do it, and I was also injured.

“You can never be certain. We have to show our best form against Besiktas. We aren’t in the next round yet.”