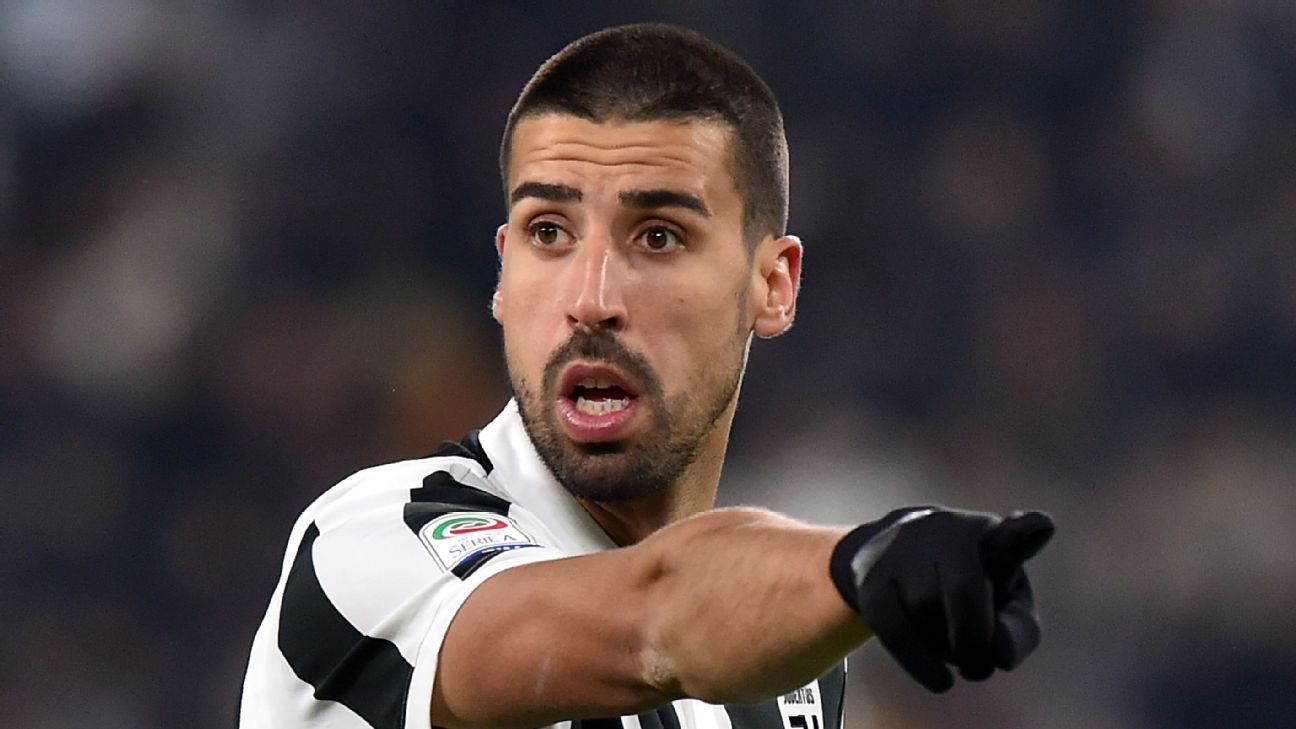 Hoeness said last Wednesday’s meeting came after Germany international Khedira, who is under contract at Juve until 2019, made a request to do so.

“Sami Khedira and I met because his agent, or rather his lawyer, asked me to,” Hoeness said at a visit to Bayern fan club Schiessamer Red-White Dynamite.

“He [Khedira] wanted 30 minutes of my time to discuss what he can do at the end of his playing career, so I gave Sami Khedira this half hour.”

However, Bayern’s sporting director Hasan Salihamidzic had earlier denied any knowledge of any meeting with the 30-year-old, accusing Sky of “misinformation.”

“We didn’t have a meal with Khedira — this is news to me,” Salihamidzic said before Bayern’s 1-0 win at Stuttgart at the weekend. “I have never met him [Khedira] and have absolutely no idea about this.”

Hoeness also indicated that the German champions were in no hurry to enter contract talks with Arjen Robben and Franck Ribery.

“Last season the decision [to extend] came during February, March and April,” Hoeness said. “I think it will be the same again with talks starting then.”

Robben, 33, and Ribery, 34, are on single-year deals that expire next summer. Both veteran wingers have suffered with injuries during their time at the club.

However, Hoeness added: “If somebody is injured we would never neglect a player — so we are pretty relaxed about their extensions.”

The former Bayern player, chairman and general manager again stressed that the German champions were not willing to match the fees being paid at the very top of the transfer market, while questioning the ability of Paris Saint-Germain’s Neymar compared to teammate Kylian Mbappe.

Paris Saint-Germain signed Neymar for €222 million this summer, while Mbappe’s initial loan deal will result in a permanent €180m transfer next summer. Bayern’s record signing is Corentin Tolisso, who joined from Lyon for €41.5m in July.

He said: “We are not able to carry out Neymar-like transfers, who I don’t think is that good, or Mbappe — who I think is really good. But if needed, Bayern would pay a €50m, €60m or €70m transfer fee.”

Hoeness also gave an update on Franz Beckenbauer, who is recovering from a heart operation and is the subject of an investigation into corruption for his role in bringing the World Cup to Germany in 2006.

“I’m in contact a lot with him at the moment and we often go for a meal together,” he said. “He is in a clinic in Bad Wiessee after a heart operation. He was not doing so well in the beginning and had to undergo a second operation a few weeks ago. He’s feeling better now.”

Hoeness says the investigation “is weighing heavily” on the former Bayern player, coach and president, “not just because of his illness, but also due to the massive fuss surrounding his person.”

He added: “I appeal to everyone to leave him in peace. What they have been doing with him with the World Cup issue is a huge scandal.

“He has performed unbelievable deeds and has worked his ass off, never putting anything [money] in his own pocket. They should let it go now and leave him in peace.”

“We are in constant contact with him,” Salihamidzic told Sky. “We are watching his development and it is not ideal. We will sit down and consider what is best for the lad — naturally, we would like him to develop in the best interests of our club. We’ll have to see what we decide in the coming days.”

However, interim coach Jupp Heynckes had said on Friday that there was “no need” to bring Sanches back from the Premier League’s bottom club, hinting that he was unlikely to get much game time in Bayern’s “well-catered for midfield.”