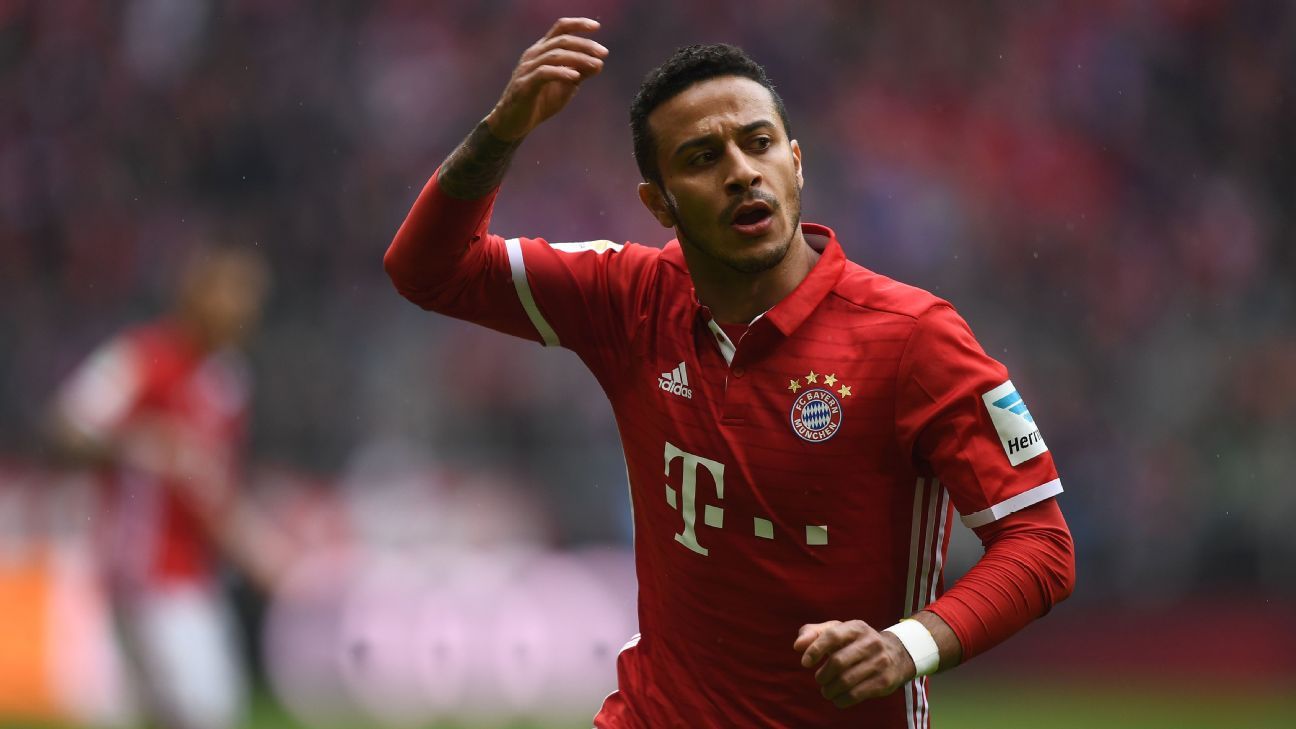 
Former Barcelona midfielder Thiago Alcantara has left the door open to a possible return to Camp Nou, although he says he’s currently happy at Bayern Munich.

Thiago, 26, left Barca for Bayern in 2013 and despite a number of injury setbacks is closing in on 150 appearances for the German club.

Many Barcelona supporters were disappointed when he was allowed to leave for around €20 million, with the Spain international viewed as the long-term heir to Xavi Hernandez and Andres Iniesta.

There have been rumours that the Catalan club will try and re-sign him and a return to the club where he spent eight years of his life is not something he would rule out.

“Barcelona will always be my home, not just because I love the club, but also the city,” Thiago told Catalunya Radio. “I will always look at it with affection. You never know if I will return because I am really happy at Bayern, but football changes a lot. Anything can happen.”

Thiago has a contract with Bayern until 2021 and doesn’t have any plans to leave in the near-future, but he acknowledged things change quickly from season to season.

“I renewed [my deal] last year with the intention of staying for more years,” he added. “But as the seasons pass, you can become more or less comfortable. The club could be going one way, my ideas could be [taking me] in another direction.

“Whether you’re playing or not can change your ideas. I’m very happy here now, thinking about the season ahead. The season’s so long, you can only think about [the current season]. After is when you say: ‘Was this season was good or not? How was it?’ But right now I am happy here.”

Thiago’s brother, Rafinha, is still at Barca, although he hasn’t played since April after injuring the meniscus in his knee against Granada.

During his time on the sidelines after two operations he has been linked with a move away from the club, but Thiago has backed his brother to win his place back in Ernesto Valverde’s side.

“Rafa’s matured a lot since he got injured,” he said. “He’s learned how to take care of himself better and he will win a place in the Barca team [when he’s fit].”

Bale set for Tottenham start vs. West Ham, ‘a different player’ than at Real Madrid
How a European Super League could happen and spell doom for the Champions League
Man United given new hope in Sancho chase
Starting Bale on bench vs. West Ham a ‘good decision’
Tottenham’s squad on Gareth Bale’s first debut in 2007: Where are they now?