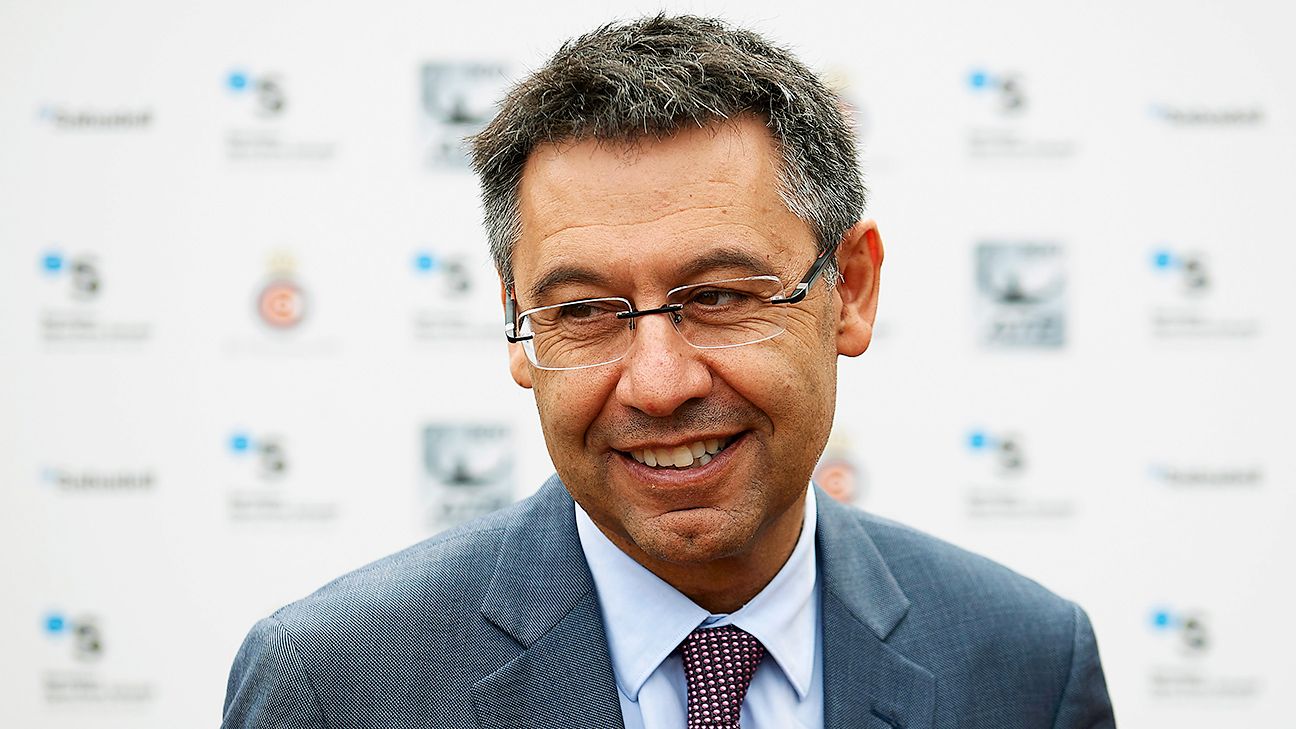 
Barcelona president Josep Maria Bartomeu has said the coronavirus pandemic will have huge consequences on the transfer market, including an increase in swap deals, but insists the club will still be able to sign the game’s biggest stars.

Barca players have already agreed to a temporary 70% pay cut as measures are taken to help minimise the effects of the health crisis on the club’s finances.

A number of other sides, including Juventus and Bayern Munich, have also taken similar action as clubs struggle to deal with the loss of income caused by the indefinite suspension of football across Europe.

“There is not going to be as much money in the transfer market this summer because of the pandemic,” Bartomeu told Diario SPORT.

“But I predict that we are going to see a lot more player exchange deals.”

Before football was halted, Barcelona were working on deals for Paris Saint-Germain’s Neymar and Inter Milan’s Lautaro Martinez.

Sources have subsequently told ESPN that they will no longer be able to sign both of them, although Bartomeu believes the club will still be active in the transfer market when the campaign does eventually end.

“[Sporting director Eric] Abidal and [his No.2 Ramon] Planes are still working on building a strong team for next season,” Bartomeu added.

“I can’t talk about names, but Barca will be making moves to do the deals we feel necessary. We make more money than any other football club in the world, so of course we have the capacity [to make big signings].

“The club is not in danger. We’re different from other clubs that [rely on] ticketing or television rights. We have other sources of income like the football schools, the museum. [So] the lockdown hits us more than others, but we will also be quicker to get back on track.

“The predicted revenue for this season was €1 billion and we were flying in February, ahead of predictions. We will continue to be the biggest earning football club. All clubs have a drop in income right now and we are working quickly to act on that.”

Bartomeu is hopeful that football will be able to resume in the summer and that both La Liga and the Champions League can be completed. He is also against matches being played behind closed doors.

“The sooner we can restart the better,” he added. “The scenario that we are working on now is to play games before June 30 and for competitions to finish in July or August. We don’t have a problem with that.

“What we don’t want is games behind closed doors or played every 48 hours. They would have to force us. We want to play with fans. The European Championships and the Copa America have been suspended to make space in the summer.”