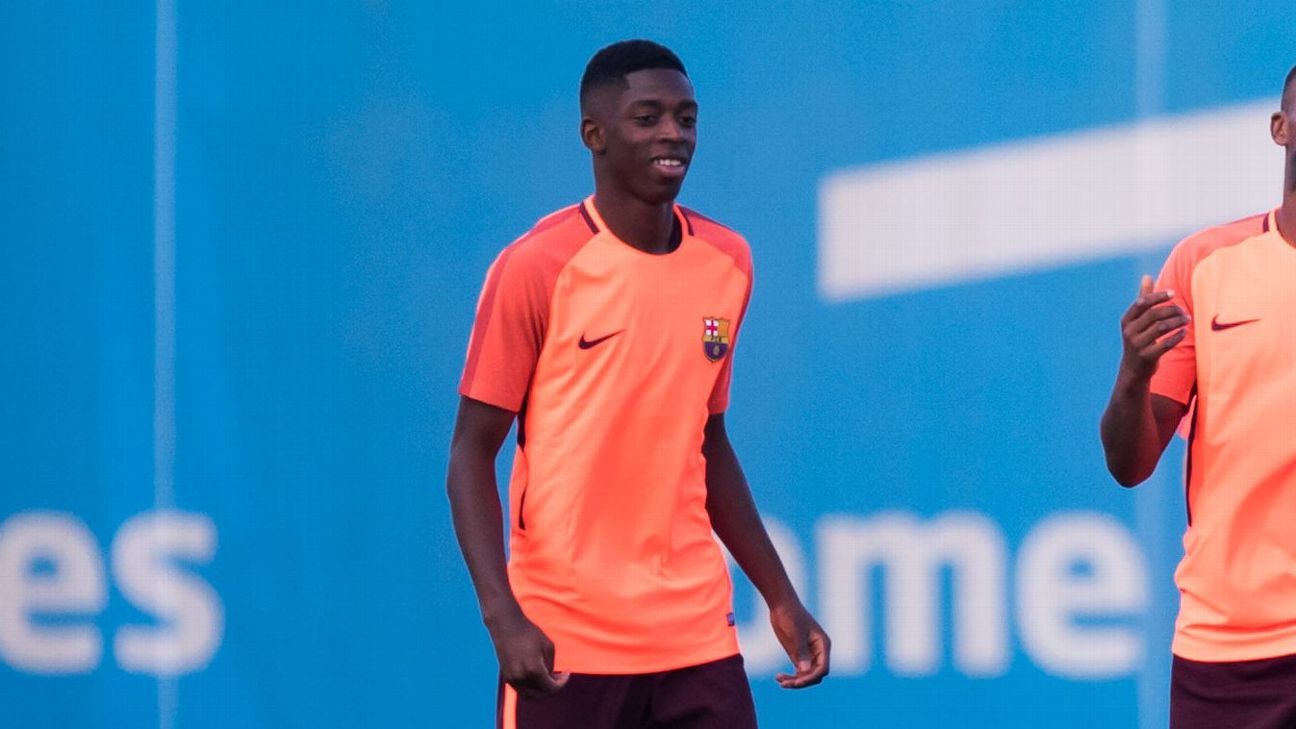 
Barcelona forward Ousmane Dembele has resumed training with the ball as he continues his recovery from a ruptured tendon.

Dembele was ruled out for four months when he first picked up the injury at Getafe in September but remained optimistic that he would be able to return sooner, with the hope he could feature in December’s Clasico against Real Madrid.

Barca coach Ernesto Valverde has always urged caution, however, and said earlier this month it is unlikely the France international would be back before the New Year.

Dembele, though, has remained determined and the fact he is now able to train with the ball at his feet after rebuilding the muscle around the tendon in recent weeks is a major step forward.

The specialist who operated on his tendon injury, Sakari Orava, has confirmed things are ahead of schedule but it is still unlikely he will be ready to play — or risked — against Madrid on Dec. 23.

Midfielder Rafinha is also back in training having been sidelined since April with a meniscus problem in his knee.

The Brazil international has had to undergo two operations in the meantime as he has fought to return to competitive football.

However, eight Barca players have been given the day off on Tuesday and will not take part in Wednesday’s Copa del Rey game against Real Murcia.

Barca go into the Murcia game with a 3-0 lead from the first leg and may take the opportunity to give some minutes to Sergi Roberto and Andre Gomes, both of whom are close to returning to full fitness.

Coach Ernesto Valverde will also give minutes to some of Barca B’s players, although Jose Arnaiz, who scored in the first leg, is a doubt with a minor injury.

At all times of the game at Camp Nou, though, Barca must ensure they have at least seven first-team players on the pitch.