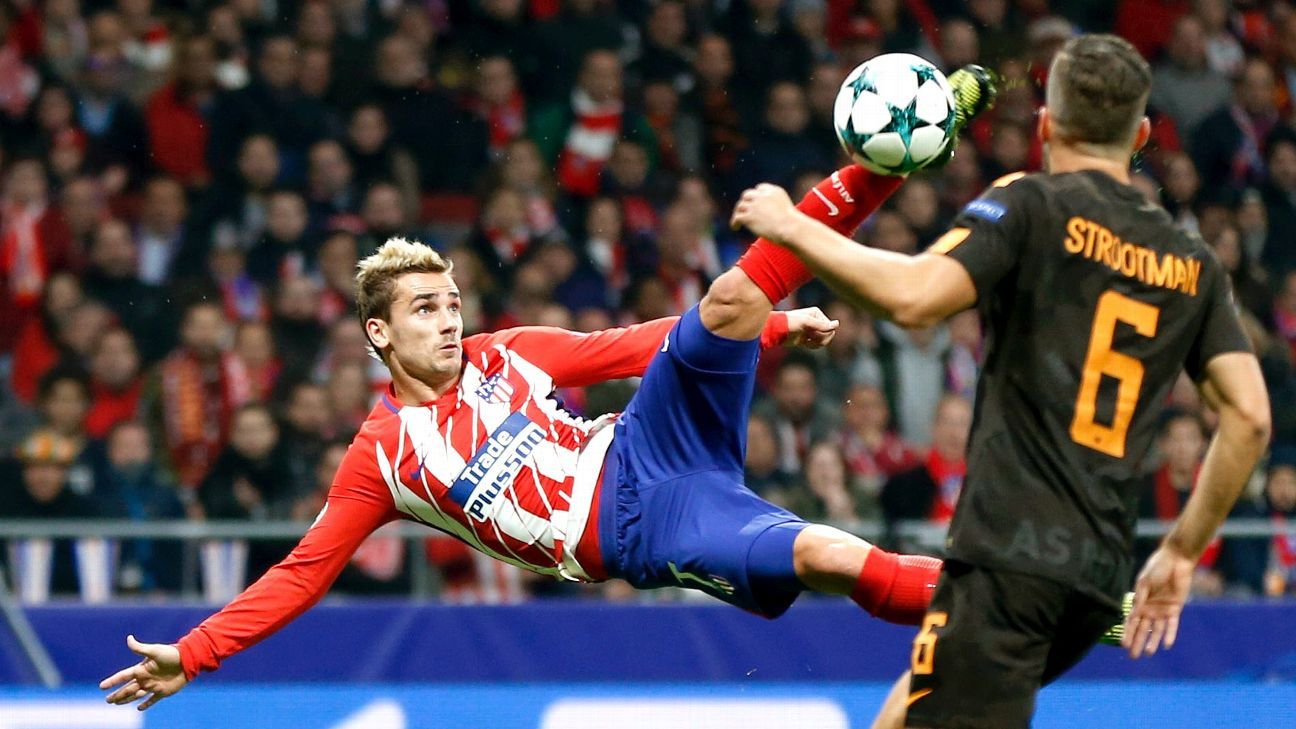 
Atletico Madrid coach Diego Simeone says Antoine Griezmann is fully committed to the club despite speculation that the forward has discussed a transfer to Barcelona.

Atletico made an official complaint to FIFA earlier this week after it emerged that Barca president Josep Maria Bartomeu had met with Griezmann, amid reports that a €100 million move could be pushed through as soon as the January transfer window.

Griezmann revealed in his recent biography that he turned down Barca in 2011 and could yet join Manchester United in future, with Simeone himself admitting last week he would not stand in anyone’s way if they want to leave.

Simeone told a news conference ahead of Friday evening’s La Liga game at Espanyol that Griezmann had only last weekend proven his will to play for Atletico, and the latest speculation had caused no problems within the squad.

“I am very happy with Griezmann,” Simeone told AS. “I work off what I can see, and I see him wanting to take part and committed to the cause.

The other day he forced the issue to play against Alaves, although not possibly fully fit. His relationship with his teammates is fine. I trust in Griezmann.”

Simeone said Atletico’s fans were mainly interested in seeing Griezmann score goals, such as his acrobatic effort against Roma in the Champions League, especially with the club’s other forwards currently having mixed fortunes.

“The fans want Griezmann to score goals,” he said. “When he scores a bicycle-kick, he is the best of all. [Luciano] Vietto is not scoring, does not talk to anybody, and he is criticised.

Simeone suggested January could, however, see exits for the little-used Vietto and out-of-favour playmaker Nicolas Gaitan, whose agent has suggested a winter move to the Premier League is possible.

“Vietto played at the start of the season, was one of our best players football-wise, although it did not come with goals,” he said. “We began to rotate, looking at other options. Gaitan has played less. I spoke with him, it was interesting chat, and the club will decide what is best.”

Atletico remain undefeated domestically all season, have not lost on the road in La Liga in over 12 months, and would move to within three points of leaders Barcelona with a win on Friday but Simeone is taking nothing for granted.

“It is very early to talk,” Simeone said. “People want a headline, but this can all change a lot.

“After winning two games it seems we can win the title, but there is a long way to go yet. We just live day to day, and work hard every work to improve.”

“We are taking on a difficult rival at a difficult stadium, against an intelligent coach who knows Atletico very well,” Simeone added.

Barcelona vs. Real Madrid clasico not just a football rivalry
PSG’s Mbappe intrigued by Liverpool move ahead of Real, Barcelona
Man United, Chelsea show why Premier League title challenge is likely beyond them
Liverpool eyeing Kabak as Van Dijk replacement
How a European Super League could happen and spell doom for the Champions League