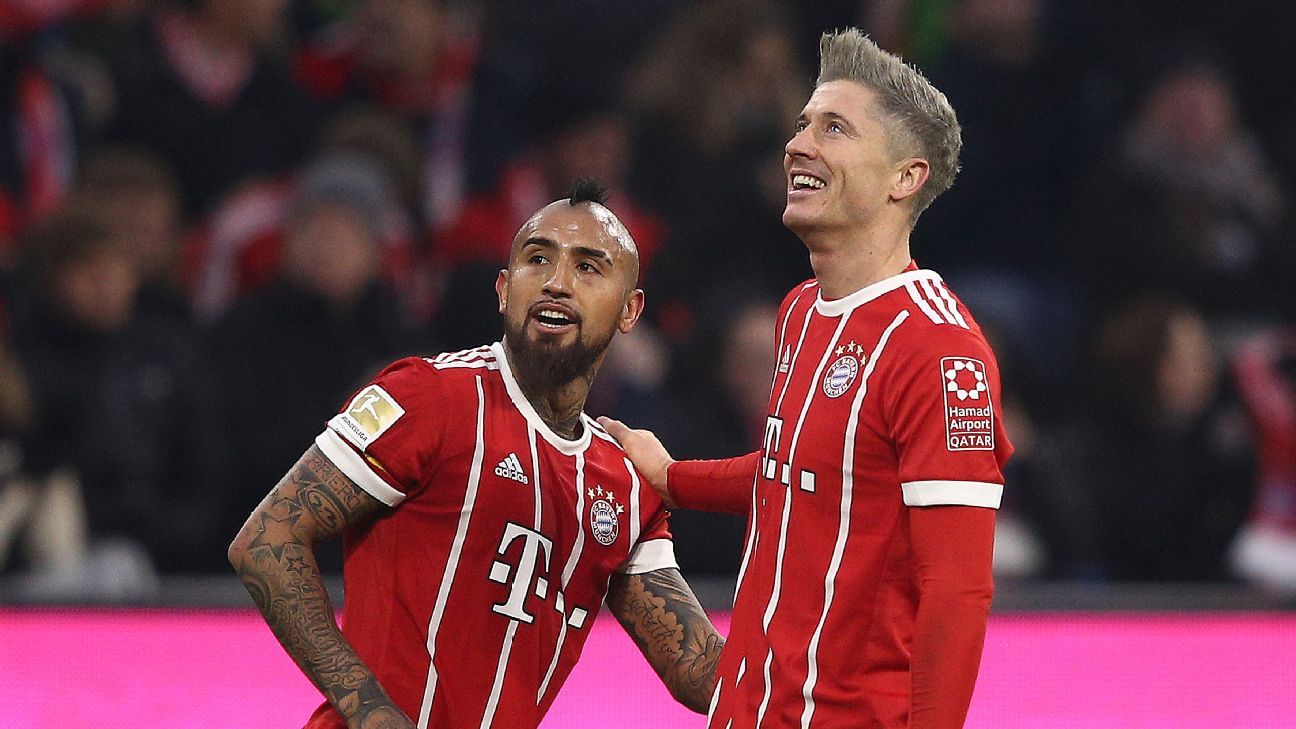 Chile international Vidal opened the scoring just after the half hour mark, before setting up Robert Lewandowski for Bayern’s second. Lewandowski then added his second, tucking home an exquisite cross from Joshua Kimmich to end the game as a contest.

Heynckes, who celebrated his 500th career win as a player and coach with his eighth successive win since taking charge of Bayern for a fourth term last month, told his postmatch news conference that Vidal had reacted well to some strong words.

“I had a long talk with him two, two-and-a-half weeks ago and told him that I wasn’t pleased with his physical condition in general. I told him that if he wants to play he would have to change something,” he said.

“He didn’t see it exactly that way but from that point on, he has trained and behaved differently in training. This week he has trained exceptionally well.

“I know what type of performances he is capable of from our time together at Leverkusen — the way he played today that’s how he played during my first year there, often scoring goals and full of strong running. I expect that from him.”

Heynckes also hailed the return of Juan Bernat from injury, who returned to the team for the first time since suffering ankle ligament damage during preseason.

Heynckes said: “Bernat did very well down the left side. He’s been out for three months and only back in full training for two weeks so that was an incredible performance after such a long injury break.”

Attackers Franck Ribery, Thomas Muller and Kingsley Coman were all missing for Bayern and Heynckes again said that he believes his side are capable of playing even better football when their injured stars return to full fitness.

“When everyone is available, we will play even better football,” he said. “All our qualities were on display today — our positional play, ball circulation, the way we switched play. I was also pleased with the clean sheet and allowing them so few opportunities to score. Overall, that was a very good performance.”

Heynckes said he was unsurprised by his top scorer Lewandowski’s successful return from injury.

The striker took his tally to 13 goals in 12 Bundesliga games this season after sitting out international duty with Poland to rest a thigh problem.

“I see Robert in training every day. He has been a bit tired of late playing every Wednesday and Saturday. He’s an experienced player so asked his national coach not to play those two games [for Poland].

“He was therefore fresh and this was noticeable in training the whole week. He’s a world class player and world-class players must score goals every now and again.”