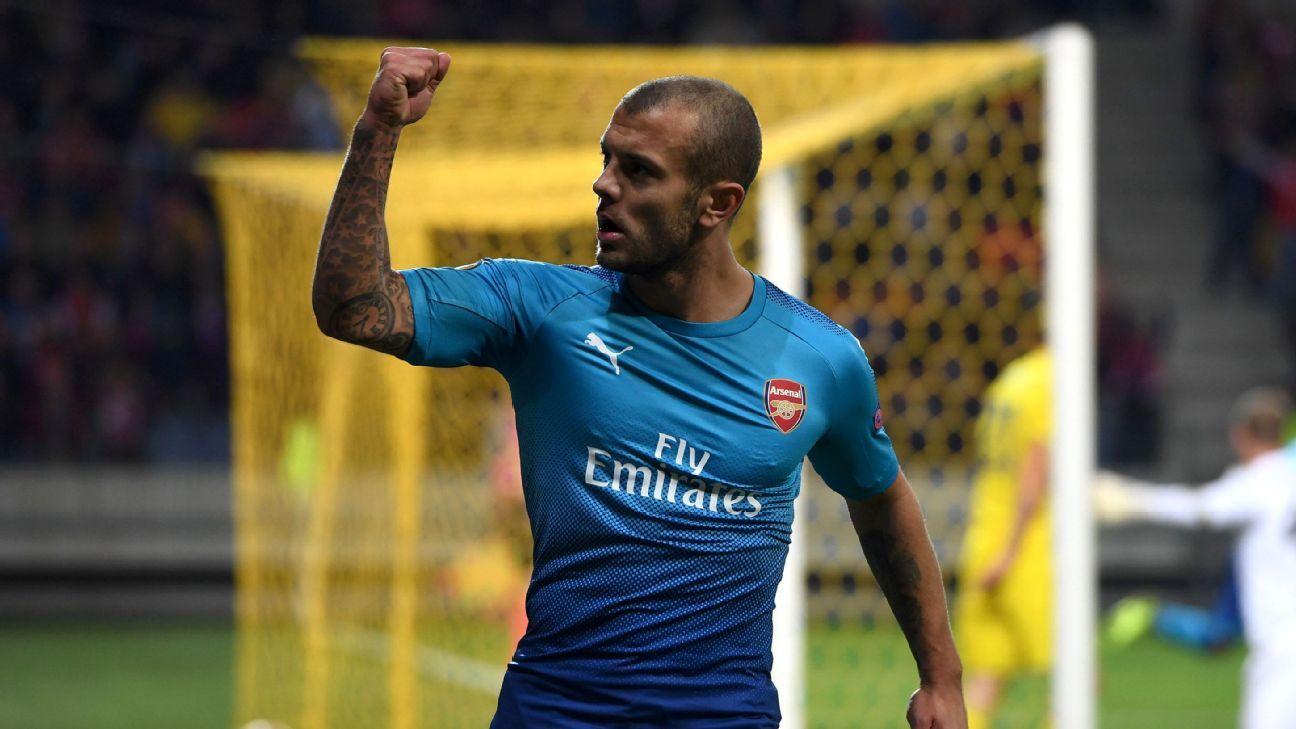 
Marseille are the latest club to express an interest in Arsenal midfielder Jack Wilshere, sources close to the player have told ESPN FC.

Wilshere’s future at Arsenal has been the subject of speculation for some time with the player out of contract next summer and yet to agree a new deal at the Emirates.

The 25-year-old is able to talk to foreign clubs from Jan. 1 and sources have told ESPN FC that French giants Marseille are hoping to open talks over a possible move to the Stade Velodrome.

Napoli have also been credited with an interest in Wilshere, while several Spanish sides are also monitoring his situation at Arsenal.

The England international has seen the last three years hampered by injury, but has battled his way back to fitness and into Arsene Wenger’s plans this season. Wilshere has made 15 appearances in all competitions for the Gunners this season after returning from a long-term injury at the start of August.

The midfielder had seen his appearances limited to cup competitions since returning from a loan move at Bournemouth last season, but he made his first Premier League start since May 2016 against West Ham earlier this month.

Wilshere recently admitted he still hopes to agree a new deal at Arsenal, but Marseille will offer the player the chance to move to the south of France if he does not sign up again with the Gunners.