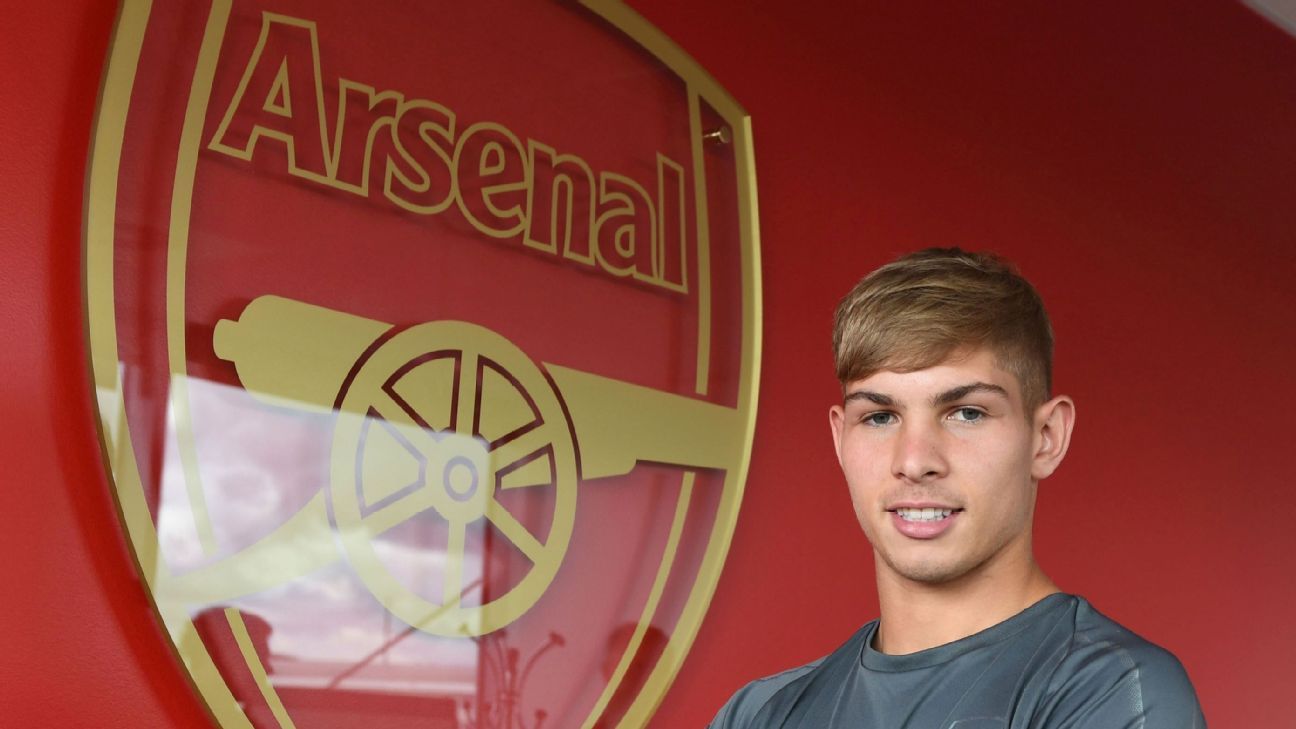 Arsenal have signed Emile Smith Rowe to a new long-term contract after he impressed on the club’s tour of Singapore.

Smith Rowe, who turned 18 on Saturday, is considered one of the top talents in Arsenal’s academy. The midfielder scored a goal against Atletico Madrid in Singapore and had an assist in the 5-1 win over Paris Saint-Germain on his birthday.

After committing his future to Arsenal, the midfielder, who joined the club at age 10, is hoping to establish himself under Unai Emery.

“The new head coach really inspires me, so hopefully, I can get chances in the first team to prove how good I am,” Smith Rowe said in a statement. “I’m just so happy and it feels surreal at the moment.”

Smith Rowe is one of several teenage midfielders hoping to make a splash at Arsenal, along with Reiss Nelson, Joe Willock and new signing Matteo Guendouzi, and the England youth international has clearly made an impression.

“I am pleased with Emile’s contribution so far this preseason,” Emery said in the statement. “He is working very hard and has lots of potential. I look forward to working with him and the other young players and helping them to develop as Arsenal players.”

Will Bale and Mourinho be a perfect match at Tottenham?
Zlatan in Ireland? Shamrock vs. AC Milan the latest minnows vs. giants clash in Europe
Thiago shows why Liverpool signed him with superb performance in victory at Chelsea
Real Madrid weighing up Edinson Cavani bid but Juventus lead chase
Son superb for Spurs, scoring four times in Spurs’ significant win at Southampton