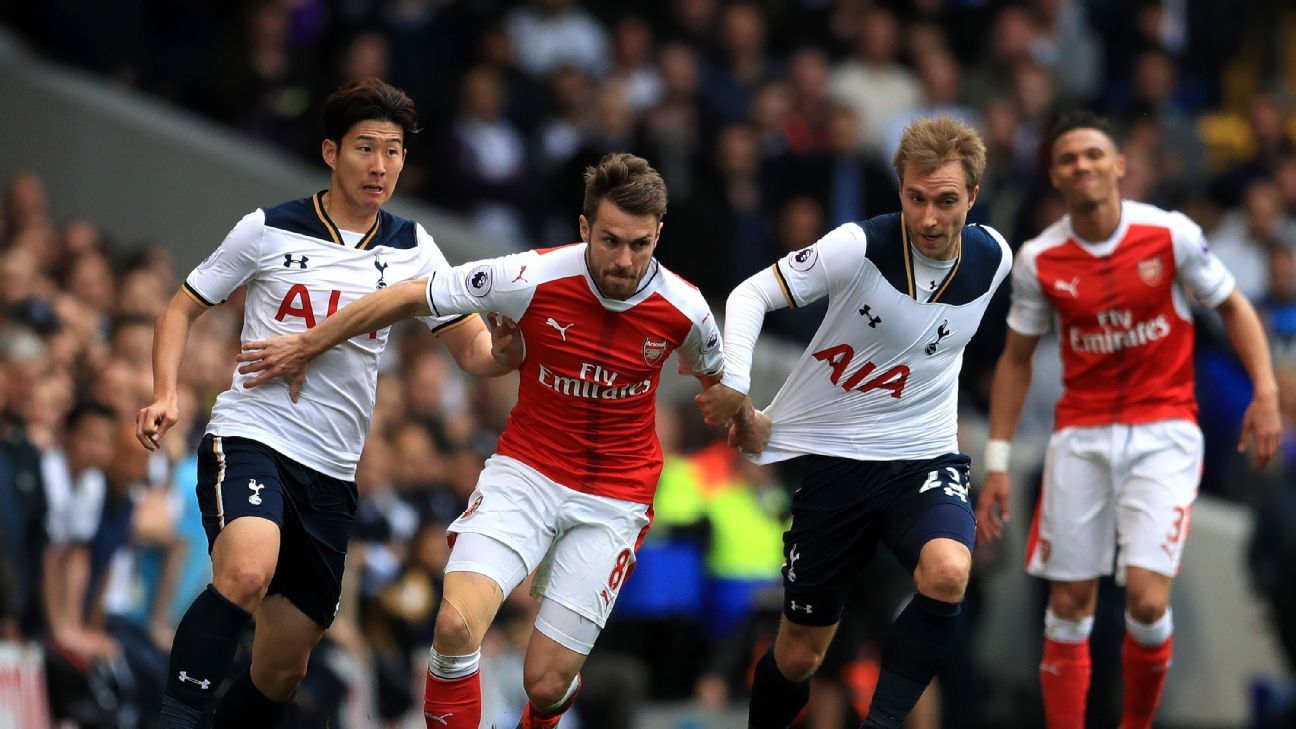 
If you listened carefully, you could almost hear the sound of Age Hareide’s gleeful gloating drifting over the Irish Sea. “I was surprised, they gave a lot of space in centre of midfield for (Christian) Eriksen,” said the Denmark coach, after watching his chief playmaker score a hat trick in the World Cup play-off demolition of Ireland. “Thank you very much for giving him space.”

It is a mistake which Arsenal can ill afford to repeat. Yet they look eminently capable of doing just that when Tottenham, replete with Eriksen, come to the Emirates for Saturday’s early kick-off in the Premier League.

Hareide could barely conceal his astonishment at Ireland’s laissez-faire treatment of his most dangerous player. And the hat trick which Eriksen compiled — three sumptuous finishes devastating the Aviva Stadium — was the clearest evidence yet that he is a superstar in the making. Eriksen’s performances last season and particularly in the recent Champions League win over Real Madrid also support that view.

To nullify a player like Eriksen, you have to be disciplined and tactically astute. Ireland managed to be both in the first leg when containing Denmark in a 0-0 draw in Copenhagen, but everything went out the window in Dublin when, already 2-1 down on the night, Martin O’Neill subbed off his two defensive midfielders at half-time — David Meyler and Harry Arter — in order to bring on two playmakers in Wes Hoolahan and Aiden McGeady to chase the then two goals needed.

The alarm bells should be ringing for Arsenal at this point. Arsene Wenger doesn’t keep his defensive midfielders on for half a game: usually he doesn’t bother putting one on the pitch at all. Granit Xhaka is a deep-lying playmaker and his usual partner is Aaron Ramsey, a more traditional box-to-boxer. The only truly destructive midfielder Arsenal possess is Francis Coquelin and he was last seen at centre-back in the 3-1 defeat to Manchester City which preceded the international break.

Eriksen is a player who operates very effectively in such spaces. In fact, he was aided in this process by none other than Dennis Bergkamp, who helped a budding but struggling young Danish playmaker to thrive at Ajax. There can be few better mentors to teach you the fine arts of playing between the lines.

Of such a mind, Eriksen will surely have noticed the ease with which players have slipped past Xhaka at times this season; how Arsenal’s central midfield has been too vacant, placing more pressure on a three-man defence which has already conceded 16 goals in 11 league matches. A formation designed to shore up a leaky backline did achieve that aim last season, but Arsenal’s soft belly has returned occasionally in 2017-18. Most recently, they were opened up regularly by the best team in England at the Etihad Stadium — now the second best make the short trip across North London.

It may be a painful truth for Arsenal to digest, but it is the truth. For the first time in two decades, Tottenham come into a North London derby with the extra confidence that a superior league finish the season before endows on a team. It may be a minor fillip, but this subtle change of status can nevertheless be felt. Tottenham are the form team but also, indisputably, the superior team overall.

That much is clear when you realise that Eriksen is only their third most celebrated attacking player after Harry Kane, arguably the best centre-forward in the world at present, and Dele Alli, whose levels have dipped but showed against Real Madrid that he is still one of the best young talents in football.

Derbies can be big opportunities for big players to do big things — but Arsenal’s star players are stuck in a malaise of theirs’ and the club’s own making: out of contract in the summer, neither Mesut Ozil nor Alexis Sanchez have been anywhere near the standard required this season.

Still, you get the impression that Saturday’s derby might well be decided by how effective Arsenal are at nullifying the threat posed by Tottenham’s enviable collection of attacking talents. Denmark’s Hareide would be only too delighted to tell you what happens when you don’t treat players of that ilk with sufficient seriousness.