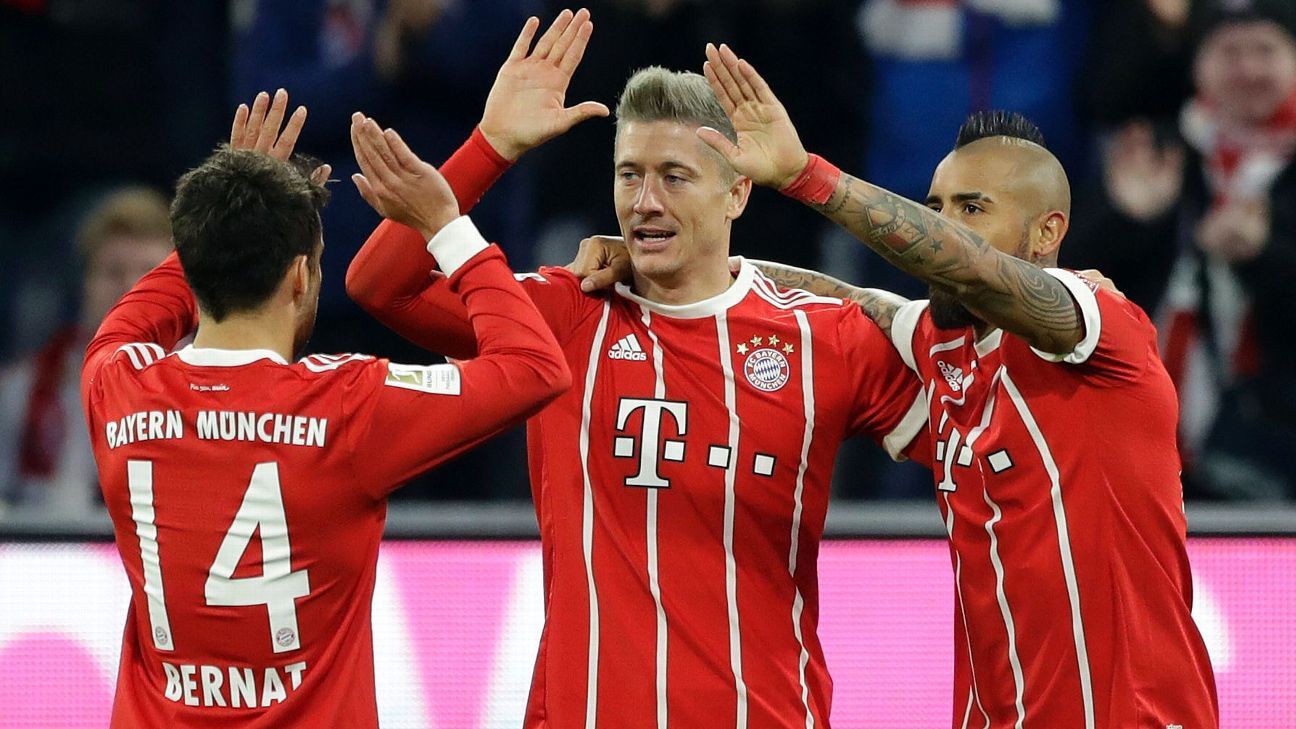 
Bayern Munich pushed their lead at the top of the Bundesliga to six points by thumping Augsburg. Not much to see here; it was one-way traffic and Robert Lewandowski bagged two goals, bringing his seasonal total to 17. If you want to nitpick, the one concern under Jupp Heynckes is that Lewandowski has no obvious understudy.

Beyond that, Bayern’s manager continues to shuffle his deck. Juan Bernat made his first appearance of the season, Rafinha gave David Alaba a breather at left-back and the great James Rodriguez experiment continued as he made his fourth-straight start in all competitions.

Heynckes is looking for alternatives because it’s becoming obvious that, like last year, the season will be decided in the spring and in Europe. Of course, the one alternative he doesn’t have is up front — and all he can do there is keep his fingers crossed that Lewandowski stays fit.

Click here to read Marcotti’s thoughts on Arsenal defeating Tottenham Hotspur, the Madrid derbi and more from what occurred in European football over the previous week.