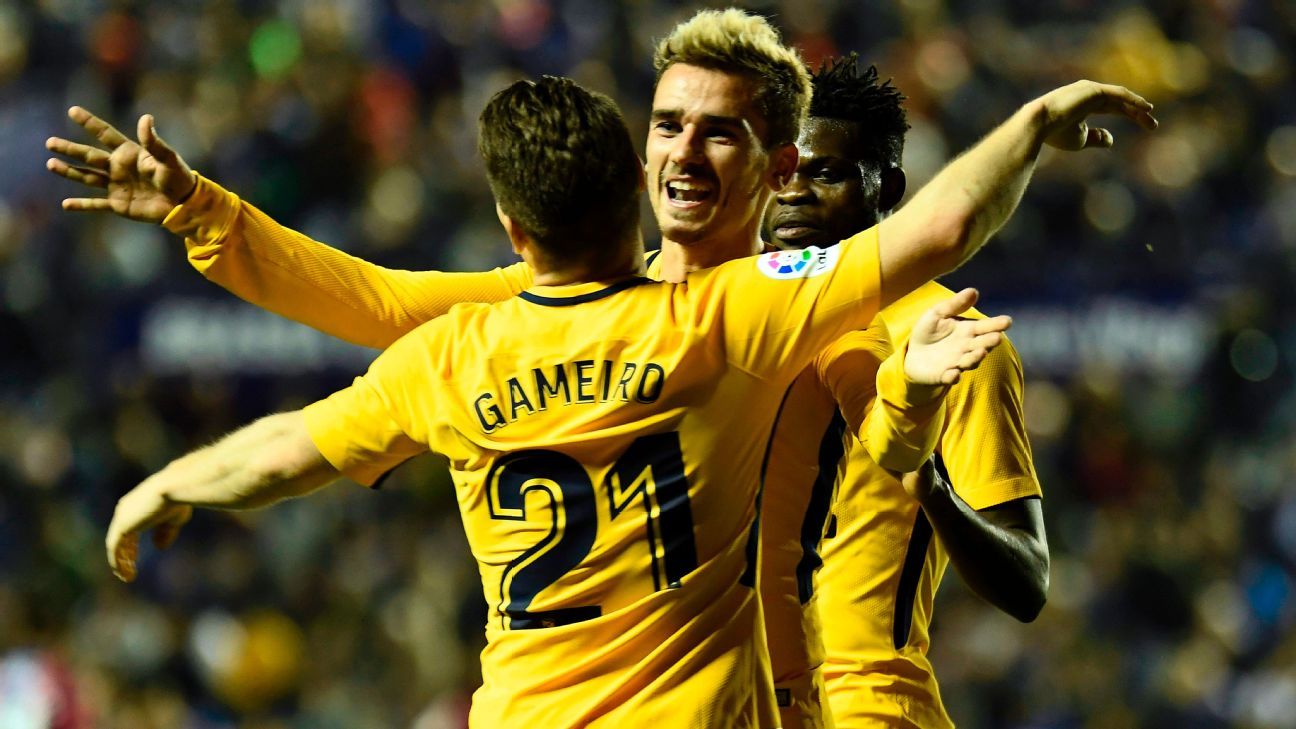 
Atletico Madrid forward Kevin Gameiro said his partnership with Antoine Griezmann was “good for the team” after both France internationals scored doubles in Saturday’s 5-0 La Liga win at Levante.

Atletico had struggled for goals all season with coach Diego Simeone regularly changing personnel and tactics in attack, and Griezmann himself recently going eight games without finding the net.

However, with Gameiro back in the starting XI for the first time since late October’s disastrous 1-1 home Champions League draw with Qarabag, Atletico rolled over a Levante side who gave them an early helping hand through Rober Pier’s own goal after just five minutes.

“It was like last season, this hadn’t happened for a long time,” Gameiro told BeINSPORTS.

“You can see that when we play together it is very good for the team. This time we were both able to score. This result will give us a lot of confidence for future games. We all know how football is. When we forwards score things go much better for everyone.”

Last season the pair regularly linked up well with Griezmann providing six assists for Gameiro, who himself laid on seven goals in return.

More recently Griezmann played in Gameiro, on as a substitute, for the second goal in last Wednesday’s 2-0 Champions League win at home to Roma.

Atletico travelled to Levante last weekend having scored just 16 goals in their first 12 La Liga games this term, with other forwards Luciano Vietto, Fernando Torres and Angel Correa having been in and out of the team at various moments.

Diego Costa has been training with the squad in recent months and will be available to feature in January, when Atletico are likely to have to move on some attackers in order to free up space in their squad.