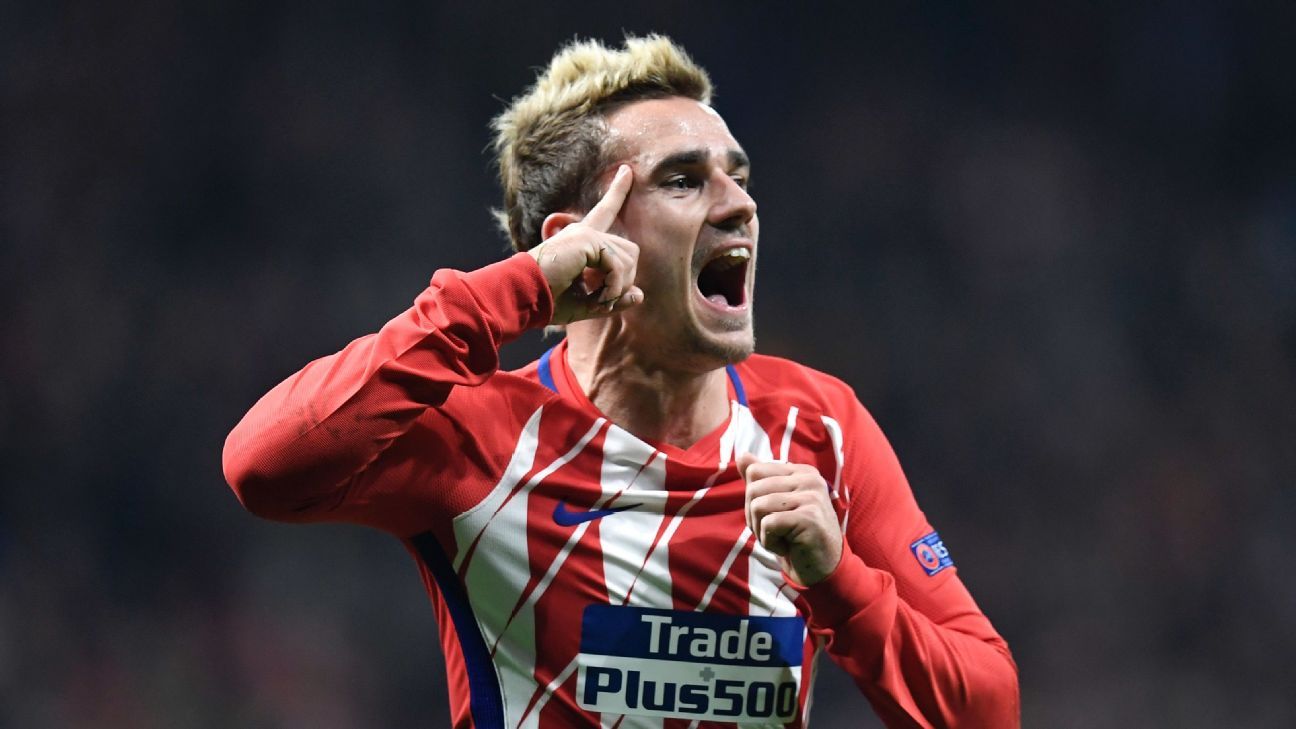 Griezmann went into the Champions League encounter at the Wanda Metropolitano having failed to score for Atletico since Sept. 27 and was booed by a section of fans as he was substituted for the second game in a row in Saturday’s goalless draw with Real Madrid.

In a must-win game for Atletico, Griezmann put his team ahead against Roma with an impressive bicycle kick before he set up compatriot Kevin Gameiro to seal the victory.

“When he is going through a good spell, he gives us life,” Lucas said of Griezmann to Onda Cero.

Atletico coach Diego Simeone said after the game that Griezmann is a standout player and added that his goal reflected “the quality he has.”

Lucas added: “Griezmann is a crucial player for us. He scored a magnificent goal for us and then helped us a lot to beat Roma.”

The La Liga club end the group stage at Chelsea on Dec. 5 needing a win, while hoping Qarabag can get a point or more against Roma.

“Until the maths tells us otherwise, we still believe it’s possible,” Lucas, who started for Atletico for the third straight game on Wednesday, said. “We know our chances are slim but we will go to London determined to win that game and then see what Roma does.

“We knew the game against Roma was crucial and we converted the chances we had. We just have to keep fighting. The last thing you lose is hope and I think if we can win at Chelsea, we have a good chance to qualify.”

Atletico right-back Juanfran will have to fight against the clock to recover for the game at Stamford Bridge.

Atletico announced that the Spain international missed Wednesday’s encounter after sustaining a muscular injury in his left thigh in Tuesday’s training session and is expected to be sidelined for two weeks.

Atletico, fourth in La Liga, are 10 points adrift of leaders Barcelona and play at Levante on Saturday.