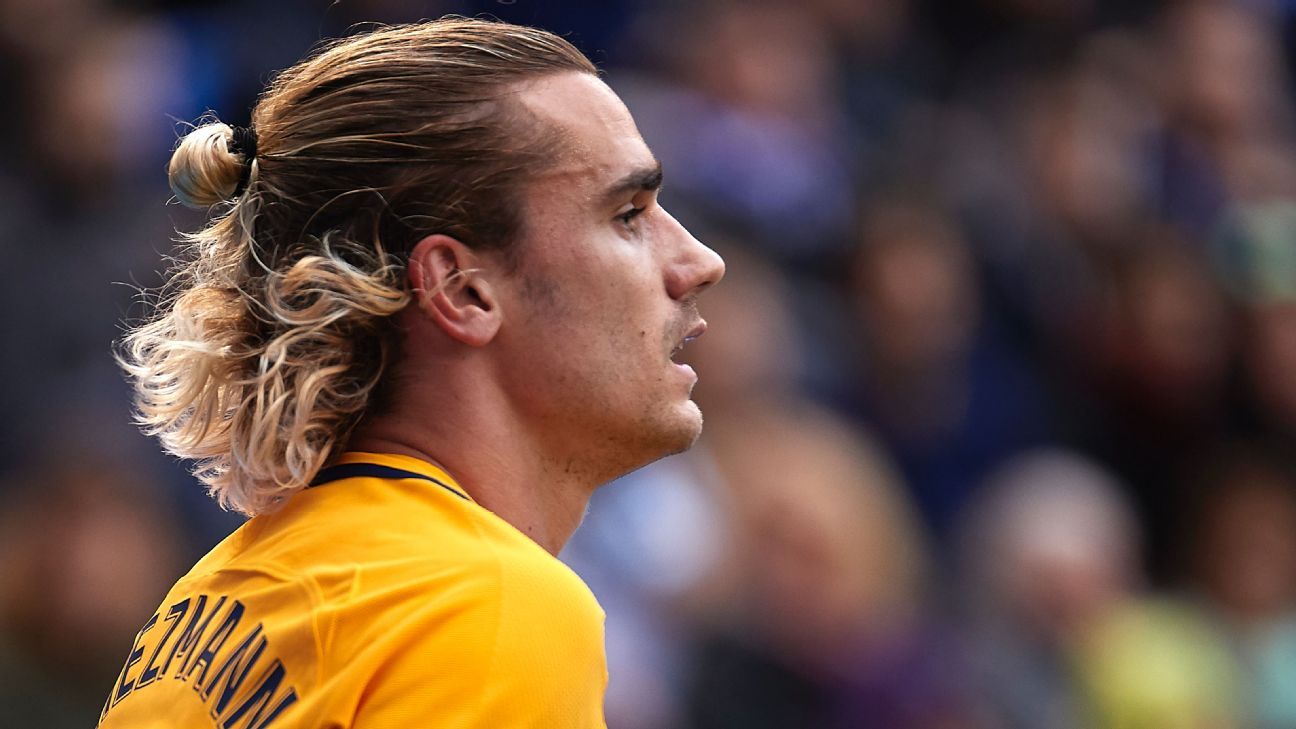 Amidst an international football feast and focus on the World Cup, reports in France suggest Barcelona are set to make a big splash, with a “deal agreed” with Antoine Griezmann to move to the Camp Nou.

Le 10 Sport reports that Griezmann has decided to leave at the end of the season and the Blaugrana want a forward who can operate in multiple positions across their front line, particularly as a centre-forward.

Reports suggest that a clause will enable Barcelona to sign Griezmann for €100 million (£90m), which could represent a bargain when compared to the £198m Neymar cost PSG last summer.

Manchester United appeared to only have eyes for Griezmann last summer until Zlatan Ibrahimovic’s injury forced Jose Mourinho to drop those plans and pursue a more physical striker in Romelu Lukaku.

Arsene Wenger has turned his attention to other targets after ending interest in Monaco star Thomas Lemar, reports the Mirror.

The Gunners made a late move for the France international in the summer in a bid to replace Alexis Sanchez, though Les Rouges et Blancs rejected the £90m offer.

Amongst potential alternatives, Arsenal have highlighted Lyon captain Nabil Fekir, who has been a sensation in Ligue 1 this season, scoring 11 goals in 11 games playing behind the striker.

Liverpool and Barcelona now appear to be left in the clear to compete for Lemar, who is set to leave Monaco at the end of the season.

City have also made a “substantial offer” for PSG midfielder Claudio Gomes, with L’Equipe claiming that the player has yet to respond.

The 17-year-old central midfielder is one of France’s most exciting young talents, with City eager to assemble an elite collection of players at the youth level as well as on the senior team.

West Ham are putting into place plans to make David Moyes’ first signing since replacing Slaven Bilic as manager at the London Stadium.

The Mirror reports that Lewis Dunk has been highlighted as a defensive recruitment, though Brighton are bound to be reluctant to lose one of their key men in their bid to avoid the drop.

The former Manchester United manager is set to address a leaky back-line that has been responsible for conceding 23 goals in 11 Premier League games so far.

The 25-year-old penned new terms on a five-year deal just last summer. With both sides rivals to beat the drop, the Hammers face coughing up a sizeable transfer fee.

— Liverpool will pay Charlton a further £250,000 for Joe Gomez after his full England debut in the 0-0 draw with Brazil, reports the Mail.

A £3.5m signing from the Addicks back in 2015, Gomez was part of Gareth Southgate’s youth integration during this international break ahead of next summer’s World Cup.

— Transfer fees for managers appear to be more common in today’s game, with Everton having an £8.5m compensation offer rejected by Watford for Marco Silva, according to the Mail.

The Toffees have yet to settle on a replacement for Ronald Koeman, with caretaker boss David Unsworth yet to convince he should be handed the reigns until the end of the season.

‘Bad habit’ to blame him
Tottenham’s lack of ruthlessness hurt them vs. West Ham and will stop them competing for trophies
MLS nears tipping point with COVID-19 spikes. Could points per game end up impacting playoffs?
Chelsea keeping tabs on Juventus forward Dybala
Ukraine vs. Spain – Football Match Report – October 13, 2020