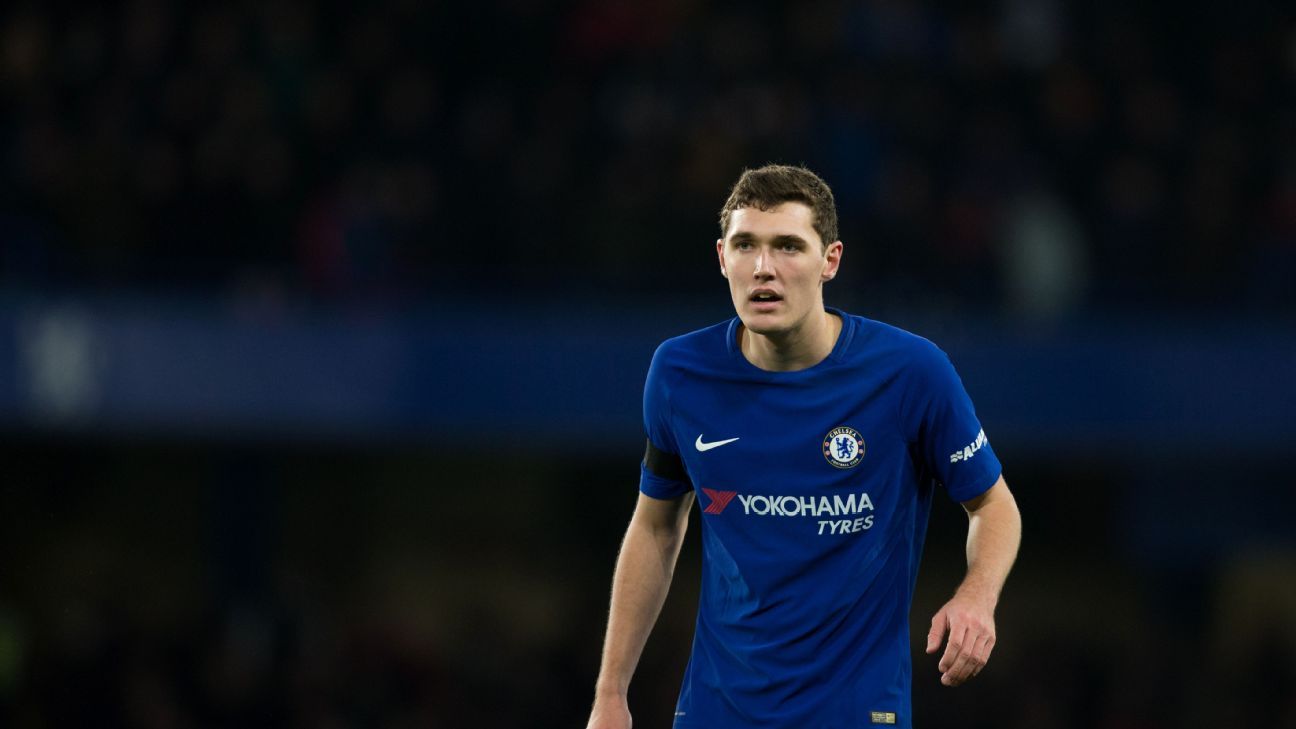 
Chelsea academy graduate Andreas Christensen has the potential to build on his breakthrough and become one of the club’s greatest-ever players, according to former technical director Michael Emenalo.

Despite beginning the season on the fringes of Antonio Conte’s team, Christensen has started eight and appeared in 11 of Chelsea’s 15 Premier League matches this term, playing 90 minutes against Tottenham, Arsenal, Manchester City, Manchester United and Liverpool.

One of Emenalo’s final acts before announcing his surprise resignation from Chelsea last month was to walk onto the Stamford Bridge pitch and give Christensen a hug after he produced a remarkably assured display in the middle of Conte’s back three in a 1-0 victory over United.

Emenalo views Christensen’s emergence after two years with Borussia Monchengladbach as a validation of the controversial mass loan system he helped to devise at Chelsea, and he believes the defender’s potential is huge.

“The thing I can tell you is Andreas Christensen, with his technical qualities, his personality, his desire, his love for the club… he is a potential great,” Emenalo said in an interview with talkSPORT. “I don’t know how else to put it, but he is a wonderful, wonderful player. We are all thrilled.

“He has shown a lot of intelligence in accepting the pathway provided to him without hesitation — to go to Borussia Monchengladbach — to ensure he is ready to come back and play. You don’t hang around in Cobham and keep asking to be given a chance.”

Christensen’s game time has come largely at the expense of David Luiz, who was dropped by Conte for the United win before suffering a knee injury that has ruled him out of the matchday squad for Chelsea’s last two matches.

Luiz’s prolonged absence has raised questions about his long-term future at Stamford Bridge, but a series of reports have also suggested that Conte could depart at the end of the season due to tensions with the Chelsea hierarchy.

Conte was frustrated by a number of setbacks in last summer’s troubled transfer window, but Emenalo, who has since been appointed sporting director of Monaco, insisted this played no part in his own decision to resign.

“Nothing happened,” he added. “I had a wonderful 10 years at Chelsea, with positive pressure and a lot of things that happened. I just felt that things were in place and things looked very solid and very stable and I needed a new challenge.

“When you’ve been at a place for so long, I haven’t really had a chance to step out and breathe and see what’s out there. I have been very focused on everything Chelsea and it just came to a time, right bang on 10 years, where I felt it was time for me to go and do something else.”