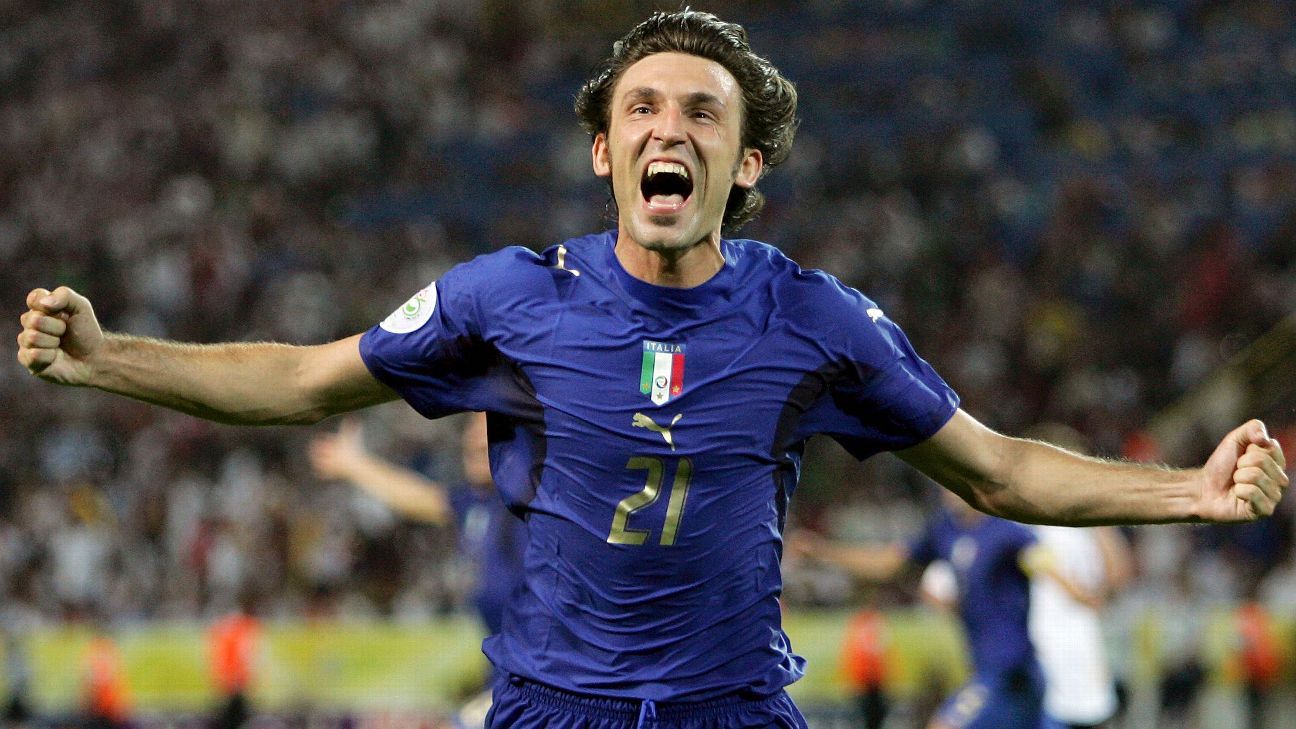 
One of the most memorable scenes from Christopher Nolan’s 2010 film “Inception” is when Don Cobb, the thief, played by Leonardo di Caprio needs an architect “who is as good as I was.” Michael Caine’s character, Cobb’s mentor Professor Stephen Miles, looks up from his desk and tells him not to worry. “I’ve got somebody better,” he says. Miles introduces Cobb to a student, Ariadne who is hired to “create the world of the dream.”

She’s a prodigious talent. But while watching the movie I personally thought Miles was going to bring out Andrea Pirlo. L’Architetto (The Architect) is one of his nicknames, after all, and as he retires from the game it’s worth remembering what distinguished Pirlo was his ability to create and perceive simultaneously on a scale reserved to a select few of the game’s greats.

“I think therefore I play” is the title of his biography. More appropriate it could not be. A cerebral footballer, he was endowed with a vision and appreciation of time and space that made Pep Guardiola and Xavi want him at Barcelona, and Brazil wish he was Brazilian. His eye for a pass recalls a line from the former Roma and Sampdoria coach Vujadin Boskov. The best players, he liked to say, are those who “see motorways where others see footpaths.”

Carlo Ancelotti put it another way. “Pirlo spots a pass in a split second that lesser players could spend a whole lifetime waiting to see.” And that split second was key. It caught defenders by surprise and out of position. Never the quickest, it didn’t matter. Pirlo, as with chess grand masters, was always three or four moves ahead. He was as Jorge Valdano defined Zinedine Zidane, falso lento — false slow. The lack of any pace to speak of was deceiving. It was upstairs. All in the head and there it was like a Ferrari.

He got away from markers with clever movement, often covering more distance than anybody else on the pitch not with intensity, but with intelligence. Everybody knew Pirlo’s teams played through him. The game plan against them was simple then. Stop Pirlo and you nullified Milan, thwarted Juventus and confounded Italy.

Few succeeded, though, because just when you thought you had Pirlo you lost him again. As if by magic he would wriggle free of his chains like Harry Houdini and prepare for his next trick; a free kick, like one of the 28 he scored in Serie A, a record he shares with Sinisa Mihajlovic, a no-look pass for Fabio Grosso, a ball hit first time over the top for Pippo Inzaghi or Alvaro Morata, a Panenka dinked out of Fabien Barthez or Joe Hart’s reach.

Quintessentially Italian, the bel paese (beautiful country) found itself reflected in his football. There was style, elegance, a sense of invention, great design, the pursuit of beauty, art. He was a Michelangelo who painted with his feet. Known as a regista in Italy — the director whose imagination makes the screenplay come alive, everywhere else the position is known as the Pirlo role, a measure of his impact.

Switching his position from behind the striker to in front of the defence, an intuition of former Brescia coach Carlo Mazzone, the move not only changed the course of Pirlo’s career, but recent Italian football history too. Pirlo reached the Champions League final four times, winning it twice with AC Milan. The 2006 World Cup also has his fingers all over it. Pirlo scored Italy’s first goal of the tournament and set up big ones in the semifinal and final. He then put away the first penalty of the shootout against France.

The value he added was priceless and yet Pirlo will go down as one of the best free transfers of all-time. Juventus’ six-year reign at the top of Serie A started with his acquisition. The boot with which he scored a famous 93rd-minute winner in the Turin derby remains one of the prized exhibits at the J Museum. “Grazie Maestro,” Juventus tweeted soon after the news broke that New York City’s defeat in MLS’s Eastern Conference playoffs was Pirlo’s swansong. Sent on in the 90th minute by Patrick Vieira, he received a standing ovation from Yankee Stadium.

Speaking to La Gazzetta dello Sport last month, Pirlo sounded like Joe DiMaggio when he called it quits in 1951. DiMaggio was around the same age when he retired, “full of aches and pains.”

“You can’t train as you’d like,” Pirlo said, “because you always have a knock. At my age it’s time to say ‘enough’s enough.’ It’s not like you can carry on until you’re 50. I’ll do something else.”

Like make wine. Pirlo bought a vineyard a decade ago and produces his own Trebbiano and Rose. But then he sees his old teammates Alessandro Nesta, Andriy Shevchenko, Rino Gattuso, Pippo Inzaghi, Grosso, Fabio Cannavaro, Cristian Brocchi and Massimo Oddo and they’re all doing the same thing. They’re coaching. Maybe he’ll try his hand at that. After all, midfielders tend to make the best managers and Pirlo’s smart enough.

It brings us to one final anecdote. During Roy Hodgson’s second spell at Inter, the Englishman couldn’t help mispronouncing Pirlo’s name. He called him Pirla, “idiot” in Milanese dialect. It caused much amusement around Inter’s training ground. But the thing is Pirlo never was an idiot. He was a football genius.