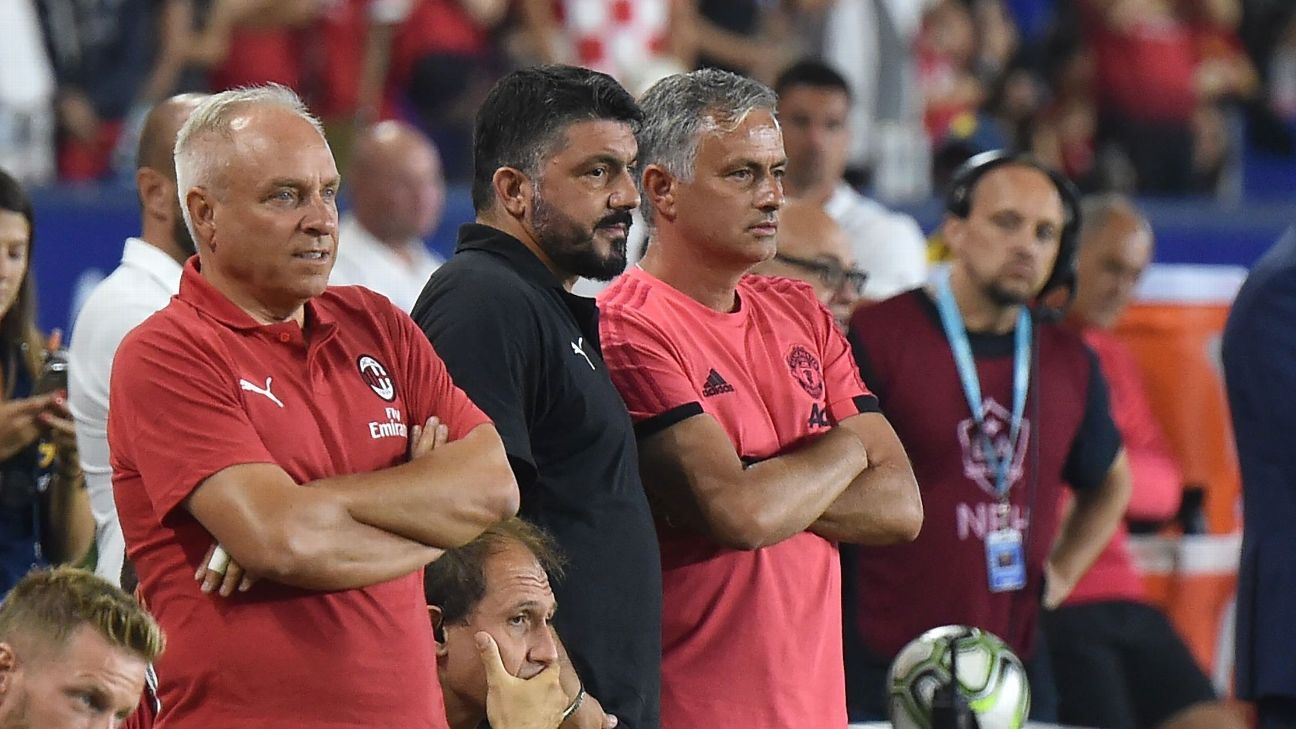 
Unlike his Manchester United counterpart Jose Mourinho, AC Milan boss Gennaro Gattuso believes fans at the International Champions Cup preseason tournament are getting their money’s worth.

An angry Mourinho had said: “I wouldn’t spend my money to see these teams,” after his below-strength side lost 4-1 to Liverpool in the Michigan Stadium in Ann Arbor on Saturday in front of a crowd of more than 100,000.

However, Gattuso suggested that fans were getting a chance to watch the players of the future.

“This is a competition that gives the younger players the opportunity to show their qualities and get some playing time,” he told reporters ahead of their clash with Tottenham. “But then you see boys [born in] 2000 or 2001, or in 1997 and 1998, who are great talents and they are given the opportunity to play, and show that they can do so at a high level.

“It’s not all negative. Of course, anyone who pays wants to see the top players, but I think those who have come to the matches have enjoyed themselves.”

AC Milan are tipped to sign Gonzalo Higuain on loan from Juventus and Gattuso said transfer market rumours have affected everyone at the club, including himself.

“The boys are attached to their smart phones, they read the news systematically,” he said. “They talk to their agents. It’s part of the game.

“We are a long way from home, but until the transfer market closes, there will always be talk.

“Everyone gets in a bad mood at some point — a striker because there is allegedly a new striker on the way, the same for a midfielder. And I also feel that, every day, there is talk that my place is at risk.”

Juventus and Pirlo are gambling that the legendary player can get the best out of Ronaldo & Co. as manager
Bundesliga is welcoming back fans; when will Premier League, La Liga and Serie A follow suit?
Kroos 8/10, Odegaard 6/10 as Madrid drop points in their La Liga opener
Liverpool seal £20m Thiago deal, beat Man United to Bayern midfielder
Barcelona boss Koeman singles out U.S. youth De La Fuente in friendly win